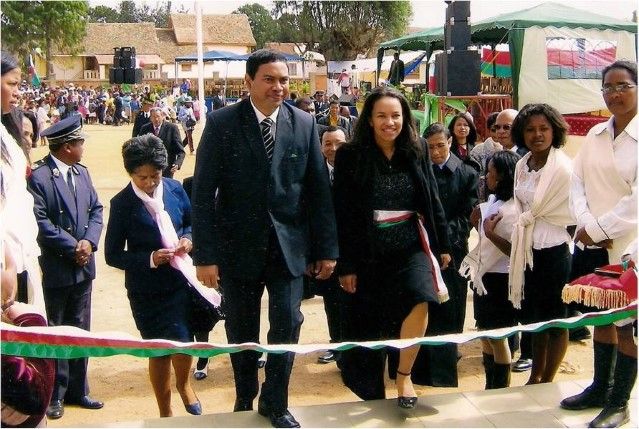 Antananarivo, 26 November:  As Madagascar gears up for local elections tomorrow every indication is that women’s representation is likely to decline as there are no female candidates fielded in the major cities where the ruling party is likely to win. Currently women comprise a mere 8% of councilors.

In a decree issued just before the elections, the electoral system for local elections has been changed to Proportional Representation (PR) while that for mayors is based in First Past the Post (FPTP). The PR system is generally more favourable to women’s representation than FPTP, especially if accompanied by a “zebra” quota system of one woman, one man on the candidate lists. Unfortunately the sudden change in electoral system has not been accompanied by a quota.

Gender Links Francophone Director Ialfine Papisy noted that, ‘As long as women are not in decision-making positions especially at local level in Madagascar, we cannot talk about development.’ Gender Links Madagascar (GLM) urges the government to permanently change Madagascar’s electoral system to a Proportional Representation (PR) system at both national and local level and to accompany this with a gender parity quota. Madagascar is a signatory to the SADC Protocol on Gender and Development that commits to achieving women’s equal and effective participation in decision-making by 2030.

A total of 11,237 candidates are running for elections in the 1,695 councils across the island. These figures are not disaggregated by sex. Lack of sex-disaggregated data is a huge concern for women’s rights groups. We therefore urge the Commision Electorale Nationale Independante (CENI) to disaggregate all their data by sex, for both the candidates list and the voters list.

There are no female candidates in the main urban towns of Antananarivo and Toamasina, compared to the six candidates fielded in 2015 (one for Toamasina and five for Antananarivo). Two women stood for elections in the capital city in 2015 – Lalao Ravalomanana and Lalatiana Rakotondrazafy. This time there are only five male candidates. The strongest candidates are all male namely; Naina Andriantsitohaina from the ruling party Isika Rehetra Miaraka amin’i Andry Rajoelina (IRD) and the Rina Andriamasinoro led main opposition party Tiako i Madagasikara (TIM).

The ruling party has fielded two women candidates in Fianarantsoa, the same as in the previous 2015 elections. The two women are likely to win since they are from the ruling party.

In the 2015 elections, the ruling party dominated due to its ability to field candidates in all constituencies. It won more than half of the councils, most of which are in rural areas and major towns. In the national elections of May 27, 2019, the IRD, obtained 84 votes out of 151. GLM predicts that the IRD will win at least 50% of the vote followed by the main opposition TIM.

According to the decree no 2019-1541, mayors will be elected through the FPTP system while councillors will be elected through PR. Subsequently, the deposit fee for each candidate is divided into two distinct ways, one for mayors and another one for councillors. The average deposit for candidates’ nomination has doubled compared to 2015. These high fees are a further disadvantage to women candidates.

The 2019 voters list which closed on February 2019 has 10,302,194 voters: 46% women and 54% men. In most SADC countries, women constitute the majority of voters. The lower proportion of women voters in Madagascar reflects barriers preventing women from participating in politics and which stems from culture, lack of education leading to dependency on financial resources and gender-based violence.

GLM will collaborate with key institutions and civil society groups of observers to develop a comprehensive gender audit report of the November elections.