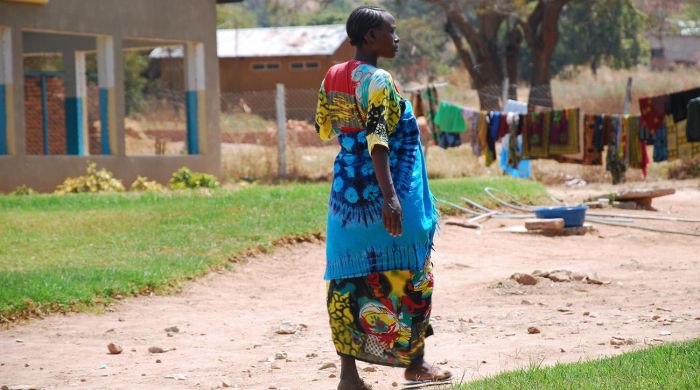 Blantyre, 9 December: When fifteen-year-old, Nadzi discovered that she was pregnant, she informed her equally young boyfriend Peta who vehemently refused the pregnancy.

“We only did it once, how can it be mine?” he angrily told Nadzi.  A confused Nadzi later told her best friend who advised her not keep the pregnancy.

“You know your father is a very strict man. He will kill you if he finds out you are pregnant,” the friend warned.

Nadzi and her friend went to a herbalist to seek abortion inducing herbs. What happened there is story she does not like to tell.

“The woman inserted cassava sticks in my private area and gave me herbs to drink. The pain I felt was so enormous and excruciating.   For over two weeks, I could not get out of bed. On the third day there was blood coming out and I thought I was going to die,” she said.

Things started to rot in the abdomen lucky for Nadzi her mother quickly took her to the hospital where she was helped. However, the doctors failed to rescue her uterus and it had to be removed because it was completely damaged.

In the absence of legal routes, many women seeking abortion in Malawi, like Nadzi, turn to traditional healers.

Zatheka, a traditional healer said since he started his trade many years ago, he has provided abortion services to many women.

As for 13-year-old Talimba the story is different. She was not as fortunate as Nadzi. When she consulted the traditional healer, she was given some poisonous herbs that killed her.

Talimba is among hundreds of women who die every year in Malawi because of government’s restrictive abortion law, which only permits the procedure in cases where the woman’s life is at risk. Obtaining an abortion for any other reason is punishable by seven to 14 years in prison; while people supplying drugs or instruments to procure abortion can face up to three years in jail.

The delay, the back and forth debates on reforming the abortion law is increasingly putting girls like Nadzi in danger of losing their lives as well as making government lose millions of dollars in an effort to save the lives of girls who abort  illegally.

A draft “Termination of Pregnancy” bill  questing to loosen the country’s 157-year-old law if approved, strives to  allow abortion when the pregnancy threatens the physical or mental health of the woman, fetal abnormalities affect the life of the baby, or in cases of rape, incest and defilement.

The bill, which is currently being scrutinized by Cabinet ministers before it moves to Parliament for debate, has faced strong resistance from influential religious bodies in the country. About 81% of Malawi’s population is Christian, according to a 2014 national survey.

In the three years that have passed since the draft bill was first introduced, thousands of  women have resorted to risky clandestine abortions claiming 141,000 lives in 2015 alone, according to the Guttmacher report.

In response to opposition from conservative religious leaders, Dr Chisale Mhango from the College of Medicine, said “religion has not stopped any woman from seeking abortion when she decides to” and that restrictive laws have not done so either.

In addition, this statement has tallied with statements of women from a 2009 survey where they quoted as saying: “When a woman decides that she does not want a pregnancy, she will do anything to terminate that pregnancy.”

Mhango who is also an obstetrician at Malawi’s largest referral health facility, Queen Elizabeth Central Hospital, says he receives between 20 and 30 patients with post-abortion complications every day.

“The complications include injury to reproductive health organs because some of them use sticks to poke [the fetus] so that they can cause abortion. Through that, they get infection which is a serious problem that would lead to things like surgery that may require removing the womb. And there is hemorrhage,” he said.

“In 2015, the studies suggested that we were spending more than US$2 million just to manage complications of unsafe abortion and yet the Ministry of Health budget is not increasing,” he said.

One recent report estimated that the Malawi government spends close to US$1 million annually on post-abortion care.

In a report entitled, “Addressing Unsafe Abortion in Malawi, it was revealed that there are over 100,000 induced abortions annually, 17% of maternal mortality is due to unsafe abortion, and over 33,000 women are treated annually for abortion complications in health facilities. It also found that 80% of women who had an unsafe abortion were married and aged 20-25 years old.

“The 1861 law, under section 243 of the penal code, says abortion can only be performed by a skilled person through operation. Now you and me would ask ‘who is this skilled person’? So the new law clarifies that,” he said, underlining that while the current law allows abortion to save the life of the mother, the language is unclear.

In Malawi, unsafe abortion is estimated to account for 6%-18% of all maternal deaths, according to research conducted by Guttmacher Institute, a US-based reproductive rights think tank, and the Centre for Reproductive Health at the University Of Malawi College Of Medicine.

Penelope Paliani-Kamanga is a journalist from Malawi. This article is part of the Gender Links 16 Days News Service