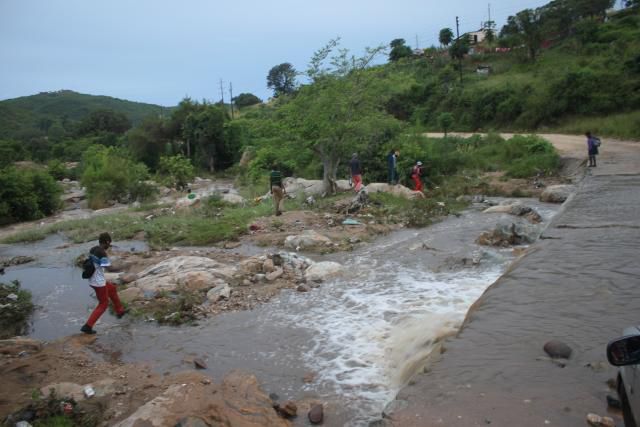 Lilongwe 15 February 2016: Abiti Mkwanda, a 62-year-old woman resident in Mangochi district in the southern region of Malawi remembers vividly how the 2015 floods left her hopeless when her maize field drowned. She recounts how it has been hard to find food for herself and her grandchildren. For the whole year, she depended on selling firewood, grass and taking up part time jobs to earn a living.

Every day Mkwanda walks a four kilometre round trip to Nambande Mountain, to fetch firewood to sell. From the proceeds, she buys a five-kilogram bucket of maize and other necessities for herself and her three grandchildren. “Life is becoming tougher and tougher now as we are in bad climate seasons, the price of a five kg bucket has risen,” she laments. “Every day I go to the mountain to fetch firewood and search for piece jobs to find money for food. Sometime back all was simple and in order but now we go to bed on empty stomachs because the price of maize has gone up.”

This is but one example of ordinary Malawians suffering due to the perils of climate change.

In January 2015, President Arthur Peter Mutharika declared a state of disaster in 15 districts due to the floods. Malawi experienced floods that are estimated to have affected over one million people, with an original estimate of 174,000 people displaced. The United Nations Children’s Emergency Fund (UNICEF) reported that about 276 people died or were missing, while 645 people were injured. Many people lost relatives, property, homes and cultivating land. Reports say climate change and environmental degradation was fuelling the intensity and frequency of the disaster.

A year on, the rains have failed and Malawi is facing a severe drought. In the 2016 drought the nation is once more left hungry, with extreme weather conditions ravaging the country. Climate change is posing many challenges especially for the rural population who constitute 84% of the total population and depend on rain-fed subsistence farming with no capabilities in irrigation farming. Data released by the World Food Programme (WFP) shows that 2.8 million people in the country are food insecure because of drought and flooding from last year.

In Malawi, women remain the largest proportion of the poor. They are more likely to suffer more due to climate change compared to men because of social and cultural contexts that determine gendered roles, responsibilities and even their access to resources. Women are most vulnerable to the impact of climate change since they contribute 70% workforce in the agriculture sector and are the main champions of subsistence farming according to Food and Agricultural Organisation (FAO).

Malawi is a signatory to the United Nations Framework Convention on climate change that urges member states to contribute to addressing climate change and the Southern African Development Community (SADC) Protocol on Environmental Management and Sustainable Development. There is no better time than now to rework the climate change policy from a draft version to an actionable document.

The National Secretary for Catholic Development Commission, Carstens Mulume, stated that “women in the country are facing a lot of challenges due to climate change walking long distance to fetch water and firewood and also harvesting low yields because of unreliable rainfall that have forced households into poverty.”

According to the 2007/08 Human Development Report in Malawi, rural communities are the most vulnerable to impact of climate change. Gender Links notes that women make up 75% of environmental refugees worldwide and 85% of people who die in climate induced disasters ar.

The government has revised the National Adaptation programmes of Action (NAPA), National Climate Change Programme and the Climate Change Investment Plan. Mulume commented that “using these strategies alone in the fight against climate change is like using a gun without ammunition as these strategies provide only guidelines and action plans on what can be done to mitigate the climate change.” They do not necessarily provide sustainable practical solutions.

One of the goals of the climate change policy is to ensure mainstreaming of gender issues into all climate change adaptation, mitigation, technology transfer and capacity building strategies, plans and programmes. This would cover the women such as Mkwanda. The government would have ready solutions to the climate disasters.

This would put government in a better position to provide national budgetary allocations to implement the policy and strategies on the ground, thus financing the policy`s implementation plan. The time is now to mitigate climate change with working polices.

(Jane Changwanda is a journalist with Radio Maria Malawi. This article is written in her personal capacity as part of the Gender Links New Service).