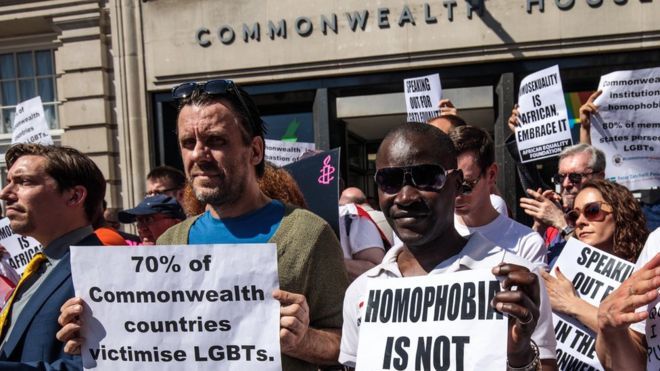 Sexual Diversity in the Malawi elections

Blantyre,20 May:Whoever wins the Malawi elections that are scheduled this May 21 has the toll order to adhere to the Constitution to the fullest. One of many litmus tests he must pass is how he will handle the issue of Lesbians, Gays, Bisexual, Transgender and Intersex (LGBTI) which remains sensitive in Malawi and is taken as a taboo.

Almost all manifestos of political parties contesting are silent on whether or not they will support gay rights yet as defenders of the constitution they are mandated to protect it to the letter.

There have also been silent calls from the public who have mutely demanded the presidential hopefuls to come out of their shells and state how they would deal with LGBT people should they come to power based on their actual views rather than on mere expression or propaganda.

And the no vote has come out clearly in debates during the countdown to the elections where three main political parties collectively quashed calls to allow Malawians to be practicing same sex marriages in the country.

First it was the presidential running mates whom at a political debate vehemently opposed the issues of LGBTI. While Malawi Congress Party (MCP) Presidential running mate Muhammad Sidik Mia and United Democratic Front (UDF) Frank Tumpale Mwenefumbo unanimously said they would not support gay rights, Michael Usi of UTM in what seemed like dodging the question insisted they would call for a referendum.

Presidential candidates Lazarus Chakwera, of the Malawi Congress Party; Atupele Muluzi of the United Democratic Front; and Peter Mutharika, of Democratic Progressive Party, were also quoted to have concurred that Malawians should be afforded the opportunity to decide on the issue directly, through a referendum.

But Executive Director for Centre for the Development of People (CEDEP) Gift Trapence says whether LGBT people have the right to be protected from discrimination does not require a vote. “The answer is already enshrined in the Universal Declaration of Human Rights and in the constitution of Malawi,” he said.

Trapence says that the Malawi’s constitution grants people human rights and individual freedom, and it has joined the International Covenant on Civil and Political Rights, a multilateral treaty that endorses human rights. However, national law still does not reflect this stance.

Section 20 of the constitution affirms the equality of all persons before the law. It also prohibits “[d]iscrimination of persons in any form is prohibited and all persons are, under any law, guaranteed equal and effective protection against discrimination on grounds of race, colour, sex, language, religion, political or other opinion, nationality, ethnic or social origin, disability, property, birth or other status”.

Trapence said therefore, any legal provisions that violate human rights, as is the case with those that criminalize homosexuality, must be repealed by the relevant authorities, irrespective of whether the majority of Malawians support such a move or not,” he said.

The constitution also asserts that legislation may be passed to address social inequalities and to prohibit discriminatory practices, and that the propagation of such practices may be criminally punishable.

So even in the midst of proposing for a referendum it is not in its end itself because activists have asked when you say referendum what precisely is to be decided is unclear and this even would confuse the incoming president and incoming ruling party. “What would we be asking that LGBT people exist, that they have rights, that they should be punished or even condemned to death, as some religious leaders have advocated?

Another LGBTI activist Eston Mwala insisted that “So the one who wins these 2019 elections is obligated to respect and protect the rights of LGBTs by, amongst others, repealing “bad laws” that impinge on LGBT persons’ equalities and freedoms. This is both a constitutional obligation and a human rights obligation.”

He said human rights are non-negotiable. As such, even the politicians’ calls for a referendum on the human rights of LGBT people is pointless and is therefore a sneaky propaganda trick under the excuse of promoting principles of democracy.

“Continuous discrimination against LGBT people is particularly appalling precisely as the constitution is clear in outlawing discrimination on the basis of sex, gender and any other status.

So the one who will win the elections obliged to repeal the sodomy laws and put in place deliberate policies to protect the rights of LGBTI persons because, as we have seen, such laws fuel homophobic violence, “he said.

Under Section 153 of Malawi’s penal code that criminalizes “carnal knowledge of any person against the order of nature” – locally interpreted to mean sodomy. A sodomy conviction can bring a maximum penalty of 14 years imprisonment with hard labor in Malawi

Same sex partners continue to face discrimination as far as access to health services is concerned. It is well-documented that the risk of HIV infection for men who have sex with fellow men (MSM) is huge. A lot of gays operate underground, and it is not easy to reach them with HIV and AIDS interventions.

So whether or not the incoming president and ruling party decides to ignore the LGBTI people they say they are here to stay. Thirty-year-old transgender woman who refused to be named for security reasons says “The reality is that we are here and we deserve to enjoy the human rights like everyone else, and we must not be hunted down like animals but we should be given or the rights to enjoy living in Malawi just like everyone else.”

He says the issue of gay rights is misunderstood so often perhaps because the awareness is not enough to change people’s perception.

Religion and culture run so deep in Malawi that one sometimes wonders why the country chose to be guided by a secular and not a religious constitution. Most people who opposed issues of LGBTI during the constitutional review process argued on the basis of religion and culture, saying this is against Malawi’s cultural values and norms and against the ‘creation of man and woman as God designed them to be’.

The situation of LGBT persons in Malawi is still perilous and demands more concerted action from civil society and activists. There is a need to intensify efforts to combat homophobia. However, this is easier said than done. Winning this fight is a challenge that will require resources, effective strategies and political will. So as the new government is being ushered in we can only hope this will be one of the issues at hand.

Penelope Paliani-Kamanga is a Correspondent at The Southern Times, . This story is part of the #VoiceandChoice Campaign series . It was first published in the Maravi Post

Comment on Sexual Diversity in the Malawi elections Cancel reply