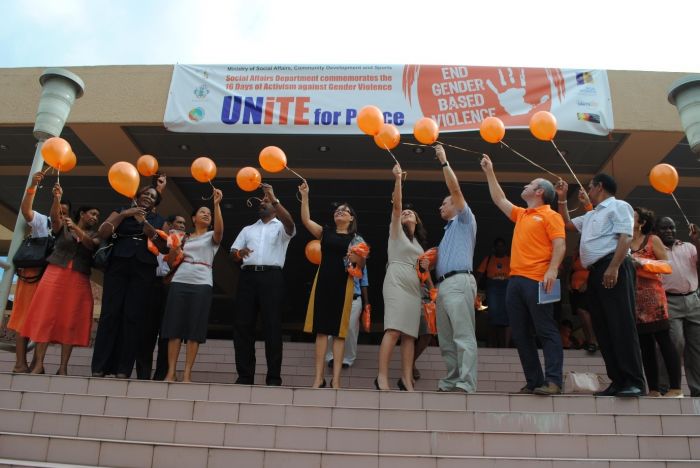 Blantyre, 29 December: Since the advent of electoral democracy in Malawi, in 1994, women’s rights and empowerment issues appear to take center stage during campaigns. Women are deliberately removed from public domain once a new government is in place. However, things have suddenly taken a new turn as women have started to speak out and against the ills they encounter with the writing on the wall: “enough is enough”.

Mchacha’s remarks riled up Women Lawyers Association (WLA) in Malawi, an organization that offers services such as legal representation, ligation and referrals for women. As the world commemorates 16 Days of Activism, the women lawyers have petitioned President peter Mutharika to fire Mchacha for castigation women – a typical  case, the argue, of violence against women.

What frustrated WLA more was the fact that a few days after Mchacha castigated women, the president ‘rewarded’ him with a ministerial position. He now serves in Mutharika’s administration as Deputy Minister of Homeland security and argues that the media misquoted him on the issue.

“We are shocked by the appointment of Mchacha who, in the recent past, used derogatory and undignified language against women at various political rallied. His behaviour towards women, who participate in public life, is extremely disturbing.

“It has been our expectation that the Office of the president and cabinet would seriously condemn the insults against women and at the maximum, discipline rather than reward him with the high office of deputy minister,”said WLA president Sarai Chisala Tempelhoff.

So far there has been no response to WLA from the Office of the president and cabinet. However, the women lawyers are not relenting, the have joined hands with human rights organizations such as Coalition for the Empowerment of Women and Girls and Human Rights Defenders Coalition to force authorities into action.

Mchacha’s remarks have opened a can of worms. The women lawyers have also petitioned the government to consider hiring more women in key government positions. The Malawi Human Rights Commission has been drafted in to file for judicial review on the matter.

The women lawyers now want president Mutharika to comply with Section 13 of the Malawi Constitution which stipulates that the state shall actively promote the welfare and development of the people of Malawi by progressively adopting and implementing policies and legislation aimed at achieving among others, gender equality.

Both GBV and women empowerment calls for political will and a mindset of change. United Democratic Front (UDF) Member of Parliament for Machinga East in Southern Malawi, Esther Jojobala says there is a systematic and deliberate campaign in some political parties to frustrate women and ensure they do not contest in key positions.

Her case is a classic example of how Malawian women are suppressed and denied the opportunity to contest in key positions, “I expressed interest to contest in party primaries because I saw the need to represent people from my area in parliament. But what I started to experience at party level was strange. They did all they could to frustrate me, for instance they changed election venues so that every candidate ferries voters to the venue of primary elections. I was a victim of dirty tricks because I was not given the opportunity to contest.”

Jessie Kabwila, Opposition Malawi Congress Party (MCP) member of parliament for Salima North West thinks if the country is to make substantial progress in promoting women empowerment, the 32 women legislators in the National assembly must be retained. Kwabwila, also a chairperson for the Women’s Parliamentary Caucus says, 50-50 campaign which advocates for women empowerment can only succeed if more women become active in national issues.

From gender-based violence in form of derogatory and demeaning remarks towards female candidates to underhand tricks and tactics suppressing women, the journey to creating a society free of gender based violence in politics is still a pipe dream in Malawi. The hope, however still remains, that gender equality in politics will be achieved.

Joseph Kayira is a journalist from Malawi. This article is part of the Gender Links 16 Days News Service #VoiceandChoiceCampaign