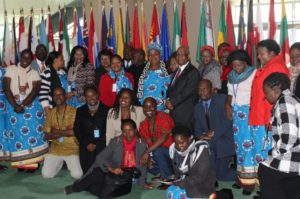 presented at the Commission of the Status of Women (CSW 61) how having a regional gender instrument like the SADC Gender Protocol (Protocol) has helped to advance the economic empowerment of women.

Addressing participants at their side event entitled, ‘Opportunities for women to move up value chains in Malawi through economic empowerment for the vulnerable and most excluded’, the Principal Secretary in the Ministry of Gender, Dr Mary Shawa reaffirmed the country’s commitment to the Protocol and shared some of the success stories the country has achieved in the area of women’s economic empowerment and the labour force interventions.

“Malawi has enacted laws, developed strategies and policies which promote social and economic justice for women’’, she said.

As a result of the interventions t the continental level, Malawi currently ranks third continentally after Rwanda and Burundi in terms of women employment in Africa.

Some of the recent legal instruments are the Gender Equality Act, 2013, the National Action Plan for Women Economic Empowerment, 2016 and the National Gender Policy, 2015 which were all guided by the Protocol.