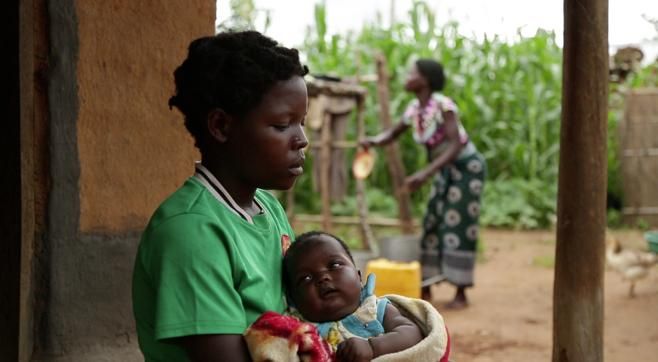 Dedza, 4 December: She has received death threats, been called names, challenged, received awards and international recognition, all because of her fight to end child marriages.

This feisty Lady is Senior Chief Kachindamoto of Ntakataka village in Dedza. She has managed to annul over 900 child marriages in her village within three years and banned sexual initiations of young girls.

The chief believes that keeping girls in school is the single most important factor in breaking the cycle of rural poverty and preventing lifelong problems for women—a view supported by the UN, the government  and other global bodies. In Malawi, an estimated 46 percent of girls leave school before the eighth grade, mostly due to early marriage and teen pregnancy.

“My opponents here say I am defying our tradition,” she says. “But in my view we are redefining it.” Her ultimate goal is not to terminate existing child marriages; but is to prevent them in the first place.

Yet  this has not gone down well with the people in her village including many sub chiefs whom she manages. Many male elders argue that the chief is destroying their way of life, their culture.

“Some have threatened me, saying things like, ‘You are still quite young. Are you ready to die?’ But I just tell them to go ahead and kill me, because it is the only way they will stop me from protecting our girls.”

Bravery and boldness are in her DNA. In the Malawian language Chichewa, her family name of Kachindamoto simply means “Don’t mess with fire.”

After five years of political lobbying, Kachindamoto and other campaigners succeeded in getting Malawi’s parliament to pass a bill in 2015 setting the minimum marriage age for both sexes at 18. “It is good that the law is on our side now, but enforcing it remains a big challenge,” Kachindamoto says.

“In many areas people still believe a girl is ready to have sex and babies when she reaches puberty. We have to eradicate these old ways of thinking.”

She has experienced opposition and  some have challenged her after she fired some naïve sub-chiefs.  Regardless of this, many  people are having their mindset changed.

Aside from annulling hundreds of child marriages, one of Kachindamoto’s proudest achievements is how she is changing the archaic mind-set of the men under her rule despite resistance.

“More and more male sub chiefs and village headmen are coming to me to say they realize the old ways are bad. They want to know how to improve the lives of girls.”

One of the male sub chiefs she fired for breaking her ban six years ago, Pearson Chibanga, returned to her in 2016 to inform her that he had worked hard in an unofficial capacity to help his area eradicate all child marriages.

As for the girls who have been rescued from marriages, it is far from smooth sailing. Former child brides suffer social stigma, especially when they return to school, and are often preyed upon sexually by older teenage boys who think they are easy targets.

So confirms thirteen-year-old Naphiri who is one of girls whose marriage was nullified by the lady chief.

“When the chief declared that our marriage was ended I rejoiced but my gladness was short-lived because when went back to school I received all sorts of insults. Some called me ‘tchembere’ meaning a mother with child but in a more derogatory way,” she said.

However, Naphiri gave thanks to the chief because she was able to go back to school. She was given a starter pack by the chief, which enabled her to pay for school fees. She has vowed not to be let down by the stigma.

Naphiri said she had suffered emotionally and psychologically. “I was unhappy in my marriage and I regretted having married early.

Kachindamoto is aware of the further challenges ahead, too. Nevertheless, the chief believes that the future payoff will be worth it, “Eventually, it is my dream to have college scholarships and job-training centers to empower girls to fulfill their potential,” Kachindamoto says, “so we will keep working toward that goal.”

It is against this background that irked Kachindamoto who vowed thirteen years ago that she would not allow girls in her village to marry young.

Many Malawian communities see child marriage as being in the best interests of girls and their families.

Human Rights Activist Chrissie Mwale says some families see it as an important way to improve their economic status, sometimes through payment of dowry by the groom to the bride’s family, or through continued support by their daughter’s husband. For some girls, marriage may suggest a route, often unfulfilled, to escape poverty. “Child marriage is also deeply entrenched in Malawi’s traditions and patriarchal cultures, which encourage early sexual initiation and marriage and women’s subordination in society, but stigmatize adolescent pregnancy. Marriage is regarded as a means of protecting girls who get pregnant from undermining family honor, “she said.

She said child marriage has a negative impact on girl’s and women’s realization of key human rights, including their rights to health, education, to be free from physical, mental, and sexual violence, and to marry only when they are able and willing to give their free and full consent. The younger the age of marriage the more serious these impacts are.

Malawi has adopted major legislative and policy reforms in the area of women’s human rights including a Gender Equality Act in 2013 that promotes gender equality in the areas of education and reproductive health.

The government also amended the Penal Code Act in 2011 to raise the age of sexual consent from 16 to 18 years. Malawi’s laws also have important protections for girls and women that prohibit forced marriage, criminalize the abduction of girls under 16, and prohibit discrimination against women and girls. In addition, parliament in October 2013 passed the Education Bill, making education universal and compulsory for all – a big advancement for girls’ access to education. Many girls also benefit from a “readmission” policy that allows girls who become pregnant while in school or who drop out due to marriage to continue with school. However, Malawi lacks a comprehensive adolescent reproductive health policy and strategy to address its high rates of teenage pregnancy.

Recently, Kachindamoto has been advocating government to revise the legal age for marriage from 18 to 21 to give young Malawians ample time to complete tertiary education.

The Chief said in an interview, while  the current age of 18 only gives opportunity to the youth to finish up to secondary school level of education it is not enough in the fight against early marriages that hinder education for the youth in the country.

“We can manage to rescue girls from early marriages but if we cannot manage to keep them in school, we are defeating the whole purpose of educating them,” she said.

However, Peter Yelesani, chief gender and development officer in the ministry of gender said that while the idea to raise the age is important, the nation has to make aware of the current law in place.

Penelope Paliani-Kamanga is a journalist from Malawi. This article is part of the Gender Links 16 Days News Service.