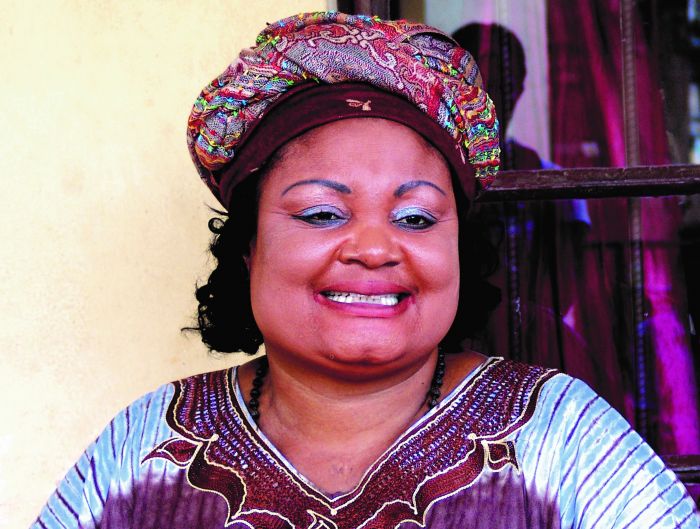 Lilongwe, 15 December: For the past two years, 40-year old Martha Kakodwa has been mourning the painful loss of  her child who was a victim a of cyberbullying.

Her daughter Lise committed suicide after her boyfriend posted pictures of her naked on social media after they had broken up.

“The crime my daughter committed was to break up her relationship and this landed her into multiple humiliations. The boyfriend Tony Kamzimbi had bluntly told her if he could not have her no one would and that he would post her naked pictures on line,” she said.

“Awful messages were sent to her phone days before the pictures were uploaded,” she said. “Lise came and told me about it immediately.

So while I had gone to report the matter to the police I received a call that Lise had committed suicide by drinking rat poison and was pronounced dead on arrival at the hospital. I was broken,” said Kakodwa.

“Lise just couldn’t understand why somebody could be so cruel and this traumatized her.”

Kokodwa say that she does not want anything like this to happen to anyone else and that is why she has taken a step to discourage women and girls to allow them to be photographed naked.

“Pat kept on uploading my nude photos to social media, and websites. I tried to take them down for months but no avail. I have even been to the police, but they hadn’t known how to respond. I have been in sheer despair,” Naphi looking distraught.

Naphi says what pained her most was the fact that people blamed her for taking naked pictures of herself in the first place.

“If I had known that he would do that I would not have dared to take the pictures,” she says.

Recho Mwale remembers feeling gutted in high school when a former friend would mock her online postings, threaten to unfollow or unfriend her on social media and post inside jokes about her to others online.

The cyberbullying was so distressing that Mwale said she contemplated suicide. “But, once I got help, I decided to limit my time on social media. It helps to take a break from it for perspective, said Mwale, now a 19-year-old college student from Lilongwe.

Activist Lusungu Kalanga who once was bullied on social media recently  wrote that ignoring this trend of cyber bullying in Malawi is equal to nurturing it. “It has become the norm that wearing a mask and trolling other people on social media and through instant messaging is okay.  Furthermore, when someone decides to fight back, they do not get the support they need,” she said. Kalanga said: “Cyber bullying in Malawi has become “rabid” as one of my friends said. Cyber bullies feel validated when they are not stood up to. When in actual sense, they are cowards who would never say what they write in your face. When they are not called out, they get their high.”

Minister of Civic Education, Culture and Community Development, Patricia Kaliati says it is high time government punished the perpetrators. Kaliati warned that government-enforcing agencies would soon start tracing and arresting people who take and share pictures of nude or intimate pictures in the country. The minister said the law needs to be reviewed to combat privacy invasions which are being facilitated by today’s technologies.

“We have joined forces with the Ministry of Home Affairs and Internal Security and the Ministry of Justice to deal with the matter. As government we totally condemn the new trend where some men in the country display nude pictures of their partners in order to disgrace them,” she said.

Concurring with Kaliati, Minister of Information Gospel Kazako said government plans to amend the Communications Act of 2017 to deal with the new phenomenon of cyber bullying.

Minister of Information Gospel Kazako said the amended Communications Act would enhance the protection of children, women and men from cyber bullying.

A survey report by the Malawi Communications Regulatory Authority (MACRA) and the National Statistical Office confirms a high proportion of children aged between nine and 17 who are connected to the internet without the knowledge of their parents.

Another a survey conducted  by Gender Agenda organization found out the lot of women and has contemplated suicide after cyberbullied.

Kazako said that the statistics provide a good ground for the administration to work out ways to resolve the crisis.

With the coming of internet there has been a rise in cyberbullying nationwide, with three times as many girls reporting being harassed online or by text message than boys, according to the National Statistics Office.

An education research data released its latest survey, which shows an uptick in online abuse, though the overall number of students who reported being bullied stayed the same.

Tisa Maliro a man who spend a year in prison but was released on good behavior said he would never again circulate naked pictures of woman online.

”Angered by being dumped by my girlfriend I decided to I decide to share her private pictures online in revenge. But I regret the move because it only ended me jail after the court sentenced me to five years imprisonment but I got lucky I was pardoned after I spent only  a year on good behaviour,”he said.

“Since our inception we have dealt with cases that involved ex-partners. There has been types where it is an abusive relationship, perhaps a horrible break-up, and the partner really wants to get at their ex. In those cases, they are often threatening to send intimate photos or videos to their family or their work. The other type is when the partner wants to shame them as publicly as possible by putting compromising photos online,” Maria Mapeto overseer of Timenye Nkhondo also a paralegal.

Mapeto said that hearing harrowing stories of the women who have been cyberbullied has been distressing and has sometimes affected the team emotionally. I try to keep a professional distance from my callers, but it’s hard to stop yourself from feeling emotional. Their stories really touch me. I just keep focused on why I do the job, and when it becomes too much for my team, I just say, “Enough – you need to take a break, get off those sites, and do something else for a while”.

“It is sickening that some people feel that they have the right to share such private pictures but as a team we have vowed to everything we can to fight them. In as much as people have blamed the women for taking the nude pictures I think it is also high time the men be cautioned of spreading the pictures the law must take its course, said Mapeto.

Meanwhile as the masses awaits for a law that will ensure that the perpetrators are taken to book a police report states that they have so far arrested over 10 people three of whom are women who circulated naked pictures of their spouses girlfriends and about four received five-years jail terms.

Penelope Paliani is a journalist from Malawi. This story is part of the Gender Links News Service 16 Days of Activism news series.