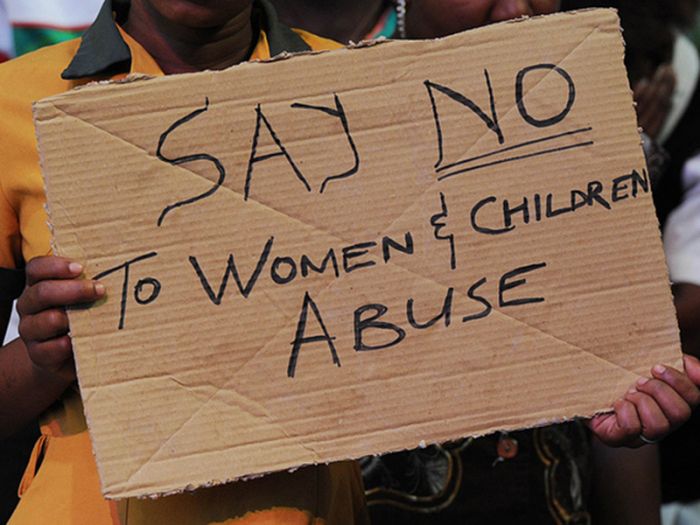 Balaka, 24 December: In a courtroom, Annie kadothi* stood up and told the Magistrate that she wanted to withdraw the case against her husband case who was answering a case of unlawful wounding.

Accompanied by her relatives and their marriage counselors, she told the court that she would not manage to take care of their 3 month old baby if her husband went to prison.

“I want to withdraw this case because my husband (perpetrator) is the bread winner of the family. I don`t have a job and the family depends on him.  If he will be jailed for 14 years as the Domestic violence case stipulates in Malawi, our family will be in deep problems.”

Annie comes from Ulongwe in Balaka – the eastern part of Malawi. She has endured an abusive marriage and is a survivor of Gender Based Violence (GBV).  For a long time her husband has beaten her when drunk without apparent reasons.

Anne says for a long time she has consulted family counselors but they constantly have dismissed her grievances as a mere domestic dispute. However, her neighbors helped her to report this particular case to police.

Despite a robust legislative and policy framework to promote gender equality and tackle gender based violence, prevalence rates of violence against women (VAW) and children continue to be very high in Malawi.  However, not all  perpetrators are brought to book because many  times women withdraw gender based violence cases before courts make determinations.

According to a National Survey on Violence against women done by the Malawi Government, through the Ministry of Gender with support from developing partners, 60 percent of women, girls and children in Malawi have experienced violence in one way or another. Statistics also show that 53 percent of married women report their current husbands as the perpetrators of violence they face.

This contravenes with the SADC Protocol on Gender and Development, which Malawi government has adopted and ratified especially article 20b that mandates countries to ensure that perpetrators of GBV, including domestic violence, rape, femicide, sexual harassment, female genital mutilation and all forms of gender-based violence are tried by a court of competent jurisdiction. The Sustainable Development Goals (SDGs) also urge member states to prioritize the fight against GBV.

Public relations officer for Dowa Police in the central region of Malawi Sergeant Richard Kaponda says police receive a lot of GBV cases at Victim Support Unit (VSU) but it is worrisome that most women withdraw the cases due to their dependency to their husbands. “We receive a lot of GBV cases in our Victim support Unit but not all perpetrators are brought to book because of the tendency withdrawing cases leaving a lot of women   in abusive relationships

He says, “Poverty puts women in a tight spot as they have minimal or limited options for immediate protection from GBV due to their dependency on the perpetrators. Limited access to resources including food quickly gives way to heightened threats, creating increased possibility conditions for abuse and when the perpetrators continue to abuse them they feel shy to report him again to the authorities”.

Echoing Kaponda’s sentiments, UNICEF notes that 41 percent of Women in Malawi experience physical and sexual violence and an estimate of 2.4 million children are growing up in violent homes, witnessing domestic violence and experiencing its negative effects.

Between 2017-2018 Statistics in Balaka and Dowa districts show that 28 GBV cases and 14   GBV cases were withdrawn respectively.

Despite that Criminal Case is between the Republic of Malawi and the accused, there is provision that allows a person has started a lawsuit to withdraw the case voluntarily.

Project officer for Women Legal and Resource Center (WOLREC) in Malawi, Evance Phiri commented that such provision needs to be reviewed especially on when, how and what circumstances may lead to one`s withdraw of a case in court. Stakeholders concerned should also take an active role in scrutinizing the nature of a case before allowing them to withdraw. As we are pushing the SADC Protocol on Gender and Development 2013 agenda, this is the time to galvanize actions by reviewing provisions in our judicial system that impede gender equality”

Jane Changwanda is a freelancer from Malawi. This article is part of the 16 Days News Service #VoiceandChoiceCampaign