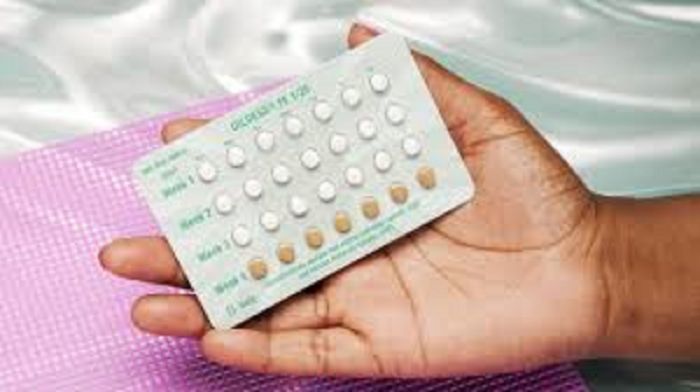 Blantyre, 21 May:Thirty-year-old Doris Chikwina from Chigwaja village in Blantyre, Malawi is a very furious woman. She has just discovered that she is pregnant again.

“I am fuming yet I am supposed to be happy with this bundle of joy news. But I am not. I did not expect this pregnancy. I am already nursing a year and half old baby, and I have four other children. I was supposed to be on injectable (Depo-IM), but last time I went to my health centre I came back empty handed as I was told that the clinic had run out of this family planning method,” she said.

She said she was receiving injectable contraceptive at Chigwaja clinic, but she has been off contraceptives because of the shortage.

“I visited three clinics including one at Chilomoni. They were all out of stock and the staffs were not sure when the situation would return to normal.”

Doris had been walking lengthy distances to get her number one family planning method at Chigwaja Health clinic. But she had grown tired of going home empty-handed and the last time she checked they told her that it would be a while for the contraceptives to be available at the clinic.

She says that as low scale vegetable vendor she could not afford to get this contraceptive from a private clinic which costs thousands of kwachas. “Hence we resolved to natural methods which have proved to be a failure,” she lamented.

In Chikwawa two teenage girls are a month pregnant they say they had been taking contraceptive pills but last month when they went to their clinic, they were told the clinic had run out of the contraceptives.

The girls who did not want to be named said they were sad because they will not be able to write exams as they will be advanced.

The story is the same for Chilomoni based Chikondi Phiri, a sand collector who is pregnant following her failure to access emergency contraceptive pill. They had run out.

She had been going to Chilomoni clinic, but she could access the pills she uses. “We were told that we had to buy on our own, but I did not have money. I already have nine kids and it is not easy to feed them all this economy.”

These tales of unplanned pregnancies might have come as a result of Cyclone Idai which had briefly disrupted planned delivery of contraceptives in Malawi from a hard-hit Mozambique port city of Beira, a situation that threatened reproductive health rights of women in Malawi in the country.

Or it could be just another episode failure of proper stock plan for the contraceptives.

As Doris states, it has not been easy to access contraceptives in our small clinics. “So yes, I don’t buy the story that the contraceptives were not available because they were held up in Beira. Government has not always been up-to-date when it comes to provision of contraceptives,” she said.

Ministry of Health and Population had two months ago published in a statement those contraceptives such as injectable (Depo-IM), Implanon and Jadelle were stuck at Beira port in Mozambique due to a disruption in transportation systems.

“This has happened due to the devastating cyclone which hit parts of Southern Africa and thereby disrupting normal transport systems in Mozambique,” said Principal Secretary in the Ministry of Health, Dan Namarika in the statement.

The protracted stock-outs of contraceptives, which span over a month, put off some women who were willing to delay pregnancy and have fewer children.

Health experts had warned that Malawi faced a pregnancy crisis as supplies of contraceptives had been stuck at Beira port which had been ravaged by Cyclone Idai.

Health rights activist Mary Mbonela said in an interview that their worries of the brief shortage of all contraceptives, coupled with the absence of access to abortion services in many parts of the country had put women at increased risk of unwanted pregnancy and undermined their reproductive and contraceptive health rights and that the cases of Doris, Chikondi and the two teenagers confirmed their fears.

Mbonela said the numbers of women who had fallen pregnant because of their lack of access to family planning methods that had been disrupted by the cyclone could be high more so in the absence of research to find out the impact.

Most women depend on public health services in Malawi and can’t afford to purchase contraceptives from private pharmacies. More than 85% of Malawi’s population lives in rural areas, where unmet need for contraception is high.

A visit to the said clinics three weeks ago exposed the shortage of Depo-Provera and other injectable methods. A pharmacy caretaker at the clinic said when they had demanded for the supply of the family planning methods, they were told that it would take a while for the supply as they were waiting for the drugs that had been stuck in Beira port.

What the disruptions in supplies means to these women, she says, is that they will not have access to their preferred method of contraception which could lead Malawi to a baby boom at a moment the country of 119,000 square kms is struggling to control the growth of its population.

Reports indicate that Malawi has now received the contraceptives this was also confirmed by Minister of Health spokesperson, Joshua Malango, who stated said Wednesday Malawi had received the family planning commodities that had been stuck in from Mozambique.

Malango assured Malawians that by the end of next week, all the contraceptives which were stuck at Beira Port will be in the country.

Sexual Reproductive Health expert Joyce Tembo said Malawi needs to have a sound stock plan otherwise it will be putting lives of many women at risk. “The central medical stores must always have two or the month’s supply so as to avoid stock outs,” she said.

“Investing in contraceptive commodities stock plan and services to fulfill all unmet need for modern contraception would result in a net annual savings of US$11 million (4.1 billion Malawi kwacha’s) over what would otherwise be spent on medical costs associated with unintended pregnancies and their consequences,” said Tembo.

She said that women must have access to a range of effective, modern contraceptives so that they are able to have the number of children they want, when they want to have them.

“In Malawi, however, insufficient access to contraceptive services and inconsistent quality of service provision contribute to substantial numbers of unwanted and mistimed pregnancies.”

The Malawi government has committed itself to the African Union Commission and United Nations Population Fund’s Campaign for Accelerated Reduction of Maternal Mortality in Africa (CARMMA), which has identified family planning as a key component of the strategy to improve public health and pledged to increase funding for family planning to address unmet need.

However, expenditures for reproductive health, in general, and for family planning have been modest and, as budgeted for 2015–2016; average only US$7.34 and US$ 3.14 per woman of reproductive age, respectively.

The Malawi government has added a line to its annual budget exclusively for the procurement of contraceptives whose aim is to reinforce its commitment to reducing unmet need and unintended pregnancies.

Penelope Paliani-Kamanga is a Correspondent at The Southern Times, . This story is part of the #VoiceandChoice Campaign series . It was first published in the Maravi Post