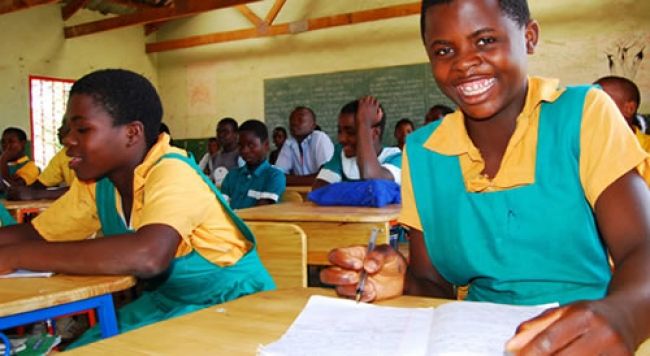 Lilongwe 1 May : Deep-rooted conservatism, misconceptions, culture, and religious beliefs appear to be some of the factors currently throwing off the track efforts to improve young people’s access to correct and comprehensive sexuality information through Life Skills Education in Malawi.

The country is currently plagued by social and health problems, such as drug and substance abuse, juvenile delinquency, teenage pregnancies, and the HIV/AIDS pandemic.

With stunning revelations indicating that between 2010 and 2017 close to 30,000 female learners dropped out of secondary schools due to early marriage or pregnancy, commentators are questioning the effectiveness of Life Skills education in the country.

First introduced in primary schools in the 1990s, Life skills education was meant to be a way of empowering children with appropriate information and skills in the fight against HIV infections and AIDS and for them to deal with various other everyday social and health problems affecting them, including early pregnancies.

Ministry of Education Spokesperson, Lindiwe Chide, said, “Life skills education was introduced into the curriculum as an emerging issue due to the impact of HIV/AIDS. It was first introduced as an elective subject but later on, became a core subject.”

But the hard, cold facts on the ground so far show a sharp contrast to the aim of Life Skills education in the country.

According to UNAIDS, a third of all new HIV infections (12,500 out of 36,000) in Malawi in 2016 occurred among young people (aged 15-24); Why is Life Skills education, introduced with the aim of teaching learners “to organize and manage their lives”.

So, what has gone wrong? Why is Life Skills education, introduced with the aim of teaching learners “to organize and manage their lives”, appearing not be yielding desired results?

Findings suggest that the teaching of life skills in the country’s schools is generally constrained by a variety of social and structural contextual factors.

For example, rural communities consider life skills education estranges their children from their cultural roots by discouraging the children to attend initiation schools.

Parents in rural communities oppose the use of illustrations on sexual development in the learning material and discourage learners from reading such content.

One parent said, “I think some of the materials using in teaching Life Skills education arouse the learners’ sexual feelings and end up having a sexual relationship and getting pregnant.”

On his part, Happy Makala, Executive Director for Sub-Saharan Africa Family Enrichment (SAFE), said that Life Skills education is not consistently taught in the country’s schools.

While the urban schools in the study are more tolerant of HIV/AIDS education, and parents indicated that they also become informed of such topics through their children’s work, the rural school’s parents were more resistant to such topics being taught in schools.

For example, one primary school female teacher, who opted for anonymity, said she feels that the material on sexual relationships is not suited to 9–10-year-olds and it is against her culture to talk about human sexual reproductive organs and sexual intercourse with young children.

“I skip the content which deals with sexual intercourse because it is not suited to the age of the children, ” she said.

On this, Makala of Saharan Africa Family Enrichment (SAFE), said: “Most teachers indeed do not feel comfortable teaching life skills because of some topics which are viewed as sensitive especially this topic: growing up and changes. However, life skills are not only about sex and sexuality but it is also about character,” said Makala

He said, for example, life skills can help build the right character in people such as self- control as a character trait, saying life skills is about making the right decisions in life.

But Gloria Phondo, a teacher at Mpapa Primary School in Blantyre said, “I feel comfortable when teaching Life Skills because am a free-minded person.”

Phondo said sometimes culture, environment and technology are some factors that are making Life Skills education not effective.

There is another challenge: A study on the implementation of Life Skills Programme in public secondary schools in Malawi conducted in the South Eastern Educational Division (SEED) showed that lack of teaching and learning materials, non-examinability of the subject and inadequate teacher training were, among others, major factors that are hindering effective implementation of the programme.

Mwale said, “A good example is when I was teaching Life Skills at Mpatsa CDSS in Nsanje (2012-2016) my students could score best results in the subject at national examinations (In 2014/15 the national highest was from my class), but the girl dropout rate was high (20-30 girls per academic year). This showed that the students just studied the subject to score good grades but the subject did not surely change their behaviours.”

“Again, those schools with Life Skills teachers, students are advised to choose between the subject and Bible Knowledge, and in so doing most girls prefer other subjects like Bible Knowledge,” Kazembe said.

Makala of Saharan Africa Family Enrichment (SAFE) said, “When teachers don’t walk the talk as far as the teaching of Life Skills is concerned, and parents don’t take their rightful role of teaching their children the right character and values, they can be no impact at all in as far as Life Skills education is concerned.”

Ministry of Education Spokesperson Lindiwe Chide acknowledged that there were a lot of misconceptions and fears from various stakeholders including parents and teacher when the subject was first introduced.

“We have been holding sensitization meetings with these stakeholders, including faith-based ones to ally these fears. And teachers have been going through refresher courses to enable them to handle the subject, and we will continue to monitor how the subject is being taught in schools to ensure that it is effectively being taught,” Chide said.

As debate on the effectiveness of Life Skills education rages, the question lingers on whether the subject is on a deathbed.

Winstone Mwale is a Chief Reporter at Zodiak Broadcasting Station Malawi . This story is part of the #VoiceandChoice Campaign. It was first pulished on ZBS in Malawi.