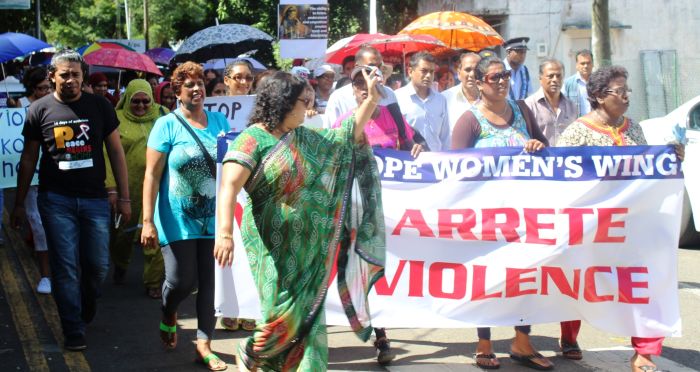 Domestic violence is a serious issue. It is a killer and it is time to recognise the nuances of violence against women. I took time to compile and segregate some of the forms of domestic violence faced by women for the past 5 years taking as reference the “Gender Statistics” reports from 2017 to 2021. The figures are shocking. But this is not just it. The figures only represent reported cases of domestic violence. There are so many non-reported cases of violence and we fail miserably to address this issue despite massive funds being injected in awareness campaigns. According to UN Women, globally “less than 40 % of the women who experience violence seek help of any sort”. Reporting is one of them and therefore while it may seem that violence against women is declining, this is not the case.

I believe that we need to present a more realistic picture of what is actually happening on the ground. We cannot content ourselves with this decline. It shows that there is way much work to do to address the issue of violence against women especially when we know that:

(i) during the lockdown in 2021, there had been 293 reported cases of domestic violence in just 18 days,

(ii) the National Strategy and Action Plan of the High Level Committee on the Elimination of Gender Based Violence (Page 4) clearly highlights that “there is no centrally consolidated data information system on domestic violence/GBV to inform national policy” in Mauritius,

(iii) The Public Accounts Committee Report of March 2022 points out that the Domestic Violence Information System (DOVIS), which is a computerised system capturing all information regarding to domestic violence, “is under-utilised and not updated. Several reported cases of domestic violence were not recorded electronically but manual files were kept”.

With all the limitations in mind, I believe with certitude that the figures presented is just the tip of the iceberg and we cannot, at any point claim that because we have “solid” policies and frameworks that we are eliminating domestic violence. No matter how many policies, action plans, aesthetically designed presentations we come up with, if we do not address the very data capture issue, we are bound to be further presented with a decline in domestic violence figures for 2022 (and ignore the 4 cases of femicide in March 2022). Way to go!

Comment on Mau: Domestic Violence declining-Can we rely on this data? Cancel reply