News Mau: We need a gender lens on climate change... 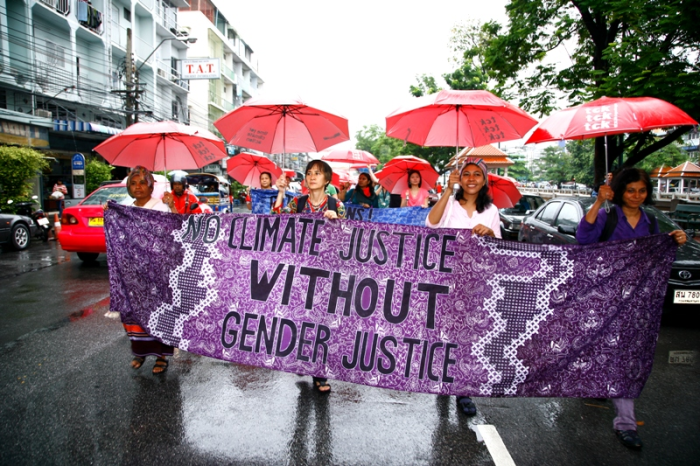 Mau: We need a gender lens on climate change

Port Louis, 7 November: From 6-18 November 2022, the world gathers in Sharm el-Sheikh , Egypt for the  Conference of Parties (COP) 27. This is the fourth time that the COP is taking place on African soil. It is clearer now more than ever that there is urgent need to address climate change as we face rising sea levels, changes in the temperature, increased incidences of flooding and other natural disasters having huge costs in terms of the infrastructure and human lives have all been attributed to climate change. Yet, an understanding of climate change is incomplete without probing deeper into the concept of ‘climate justice’ through a gender lens.

Climate change has undoubtedly been one of the buzzwords of the 21st century. The impacts of climate change have long been felt, and some of these are life-threatening and affect men and women differently. A large-scale study undertaken by the London School of Economics examining deaths following 4605 extreme weather events between 1981 and 2002 in 141 countries revealed that more women died in countries with greater discrepancies in the socio-economic status of women and men (Neumayer and Plümper, 2007).

Furthermore, gender norms reinforce women’s vulnerability when faced with the adverse impacts of climate change. When it comes to climate change-induced migration for instance, the burden of caring responsibilities (housekeeping, childcare, care of sick and elderly family members) falls disproportionately on women rather than men (Bauriedl, 2021). Consequently, an unequal access to resources and opportunities as well as entrenched gender norms make women more vulnerable to the impacts of climate change.

Feminist climate activists used the slogan “No climate justice without gender justice “at the COP 2007. It is indeed worthwhile to ponder why viewing the issue of climate change through a gendered lens remains pertinent. Firstly, it is integral that the voices of women are heard in relation to the causes, effects, and planning and actions to mitigate the aftermaths of climate change.

At the local level, in a 2015 cross-national analysis of gender equality and climate justice conducted by McKinney and Fulkerson, Mauritius’ national climate footprint was –1.67. The negative number indicates climate overshoot, the period of time in which warming is increasing past the 1.5°C mark and then cooling back down. Long periods of higher global temperatures negatively impact ecosystems, increasing coastal flooding and leading to loss of biodiversity (WWF).  The research used a comprehensive set of indicators including: world-system position, bio capacity loss, extent of forestland, women’s voting rights, per capita GDP, measures for development and democracy, the Gender Inequality Index and the number of women in Parliament to test eco-feminist positions . It will be interesting to conduct such a cross-national large-scale study in the coming years to assess the extent of climate footprints.

In addition, a major ecological incident in the history of Mauritius occurred in July 2020 when the MV Wakashio ran aground on the southeast coast. The oil polluted approximately 27 km2 of the island’s southeast coast and negatively impacted on the coastal ecosystem, which consists primarily of artisanal fishing villages and two important nature reserves. The gendered dimension of this ecological disaster and of fishing more generally has been sidelined. Out of the 2200 registered fishers in Mauritius as at 2019, only 35 of them are female and more than half of them operate on the southeast coastline impacted by the oil spill (Naggea, Wiehe and Monrose, 2021). Many fishers who are not registered do not benefit from compensations. Fishing in Mauritius is not simply a way of subsistence but forms a major part of the cultural landscape. Women fishers are at risk of being doubly discriminated- firstly, women fishers already lack recognition as fishing is mainly considered a male dominated industry. Secondly, the impact of the ecological disaster, compounded by unemployment resulting from Covid-19, on women has not been studied or tackled. As a result, the oil and its subsequent impact on the fishing industry should also be viewed from a gendered lens.

It is important not to adopt a ‘one size fits all’ approach when looking at the effects of climate change on various groups of people because of the differential impact experienced. It is hoped that policy-makers, governments, civil society organizations and activists will pause to account for the gendered dimension of climate change and position this at the centre of  their mitigation and prevention strategies.

This opinion piece was written by Preetima Moteea. She is the Monitoring and Evaluation Officer at GL Mauritius . Picture courtesy of Gender CC

One thought on “Mau: We need a gender lens on climate change”

This is so much true as many of our rural areas people especially women and youth are mostly affected here in my Country Lesotho, and so much that it’s starting to cause mental health problems.

We really need to advocate for green living and changing the way we farm as Agricultural Technologies loom 3every now and then.
QM Letsie

Comment on Mau: We need a gender lens on climate change Cancel reply