News Mauritius: From academia to politics... 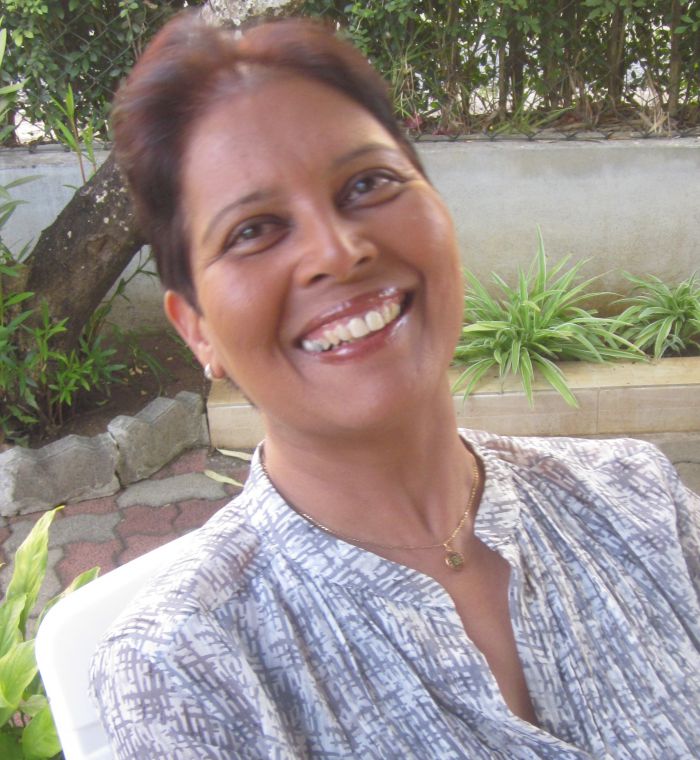 Mauritius: From academia to politics

Port Louis, 22 August: From university scholar to activist, and from lecturer to politician, Professor Sheila Bunwaree has given up her academic career to serve her country. Behind her poised demeanour and wide smile is a pragmatic humanist with a wealth of wisdom. She hopes to join parliament following the 2015 General Elections to ensure that citizens realise there is more to democracy than a mere vote every five years, and that democracy demands everyone’s commitment to justice.

Bunwaree always wanted to follow her father’s footsteps. He was a part-time lecturer at the University of Mauritius; a full-time member of the civil service and a staunch community and social worker. Bunwaree joined the University of Mauritius in 1993 as Professor of Sociology and Development Studies and has worked as a gender and social development consultant for a number of regional and international organisations.

As the years passed by, she noticed a constant barrier to the freedom of expression within the university’s administration and the political system at large. “I remember being summoned by one of the former Deans, saying that I was not allowed to give my opinion in the press unless granted permission by the Vice Chancellor, and so people did not feel free to express their views within the scholarly space. The clamping of our academic freedom is something that I cannot accept.”

In 2004, Bunwaree took the lead in setting up a platform where freedom of expression would prevail by promoting alternative debate and giving voice to women in particular. “We needed a space to denounce bad governance and injustices of all sorts. So we created an NGO- the Institute of Social Development and Peace (ISDP).”

Since then, the ISDP has hosted a number of workshops: Striving for a new political culture” in 2006, Poverty and corruption in 2010 and may others like the Lifting Girls out of Poverty. In this project, twelve young under privileged girls were individually paired with a woman academic, mentor or role model, who followed them through the years until the age of majority. She is proud that many now have jobs and promising careers.

However, Bunwaree admits that much remains to be done, “It is shocking that even now in Mauritius, some people are homeless, they do not have access to water, electricity, and basic sanitation. Women’s plight is the worse, there is a growing feminisation of poverty and a rise in teenage prostitution, with very little being done about it.”

Her concern for the well-being of people stretches beyond Mauritian borders. Through her position as Director of Research and Documentation at the Council for the Development of Social Science Research in Africa (CODESRIA), Bunwaree has had the chance of travelling almost all over the continent, conducting research on development; poverty; forest preservation; and women’s rights. “I have always had a passion for Africa. As an adolescent, I came across the poem “priere d’un petit Nègre” by Léopold Sédar Senghor, wherein a young child questions the white schooling system imposed by colonisers. The domination of Africa and the South by the North, and the place of women, particularly African women within this domination is something that continues to haunt me.”

With her wealth of knowledge Bunwaree stands as one of the most potent rising women politicians in Mauritius. She says it is her moral responsibility to engage with the citizenry. “Having been a researcher and a professor, I felt that there is more we can do to better this society. In Mauritius we academics are not allowed to engage in active politics unless we resign. This in itself is an aberration of democracy. That sends the message that the political stage is only accessible to a few.

Bunwaree is now setting off to a new journey, attempting to make a difference but this time outside the academic sphere. She established the political party, Parti Justice Sociale (PJS), which is slowly trying to make a change on the island. Condemning the lax attitude of women parliamentarians, Bunwaree is appalled by the government’s silence on women’s issues, especially after the case of a 17-year-old girl being sold to 50 men, the six fatal domestic violence cases, and the growing poverty disproportionately effecting women.

Bunwaree, looks into the future with a gaze of hope confidently saying, “I think that our party, PJS, will be playing a big role in as far as the advancement of women and the promotion of social justice are concerned. We, in PJS have a vision to free women from a history of disadvantage. We will leave no citizen behind.”

One thought on “Mauritius: From academia to politics”

We need to have people with high standard in fairness, ideal and inspiration like Sheila to bring changes

Comment on Mauritius: From academia to politics Cancel reply