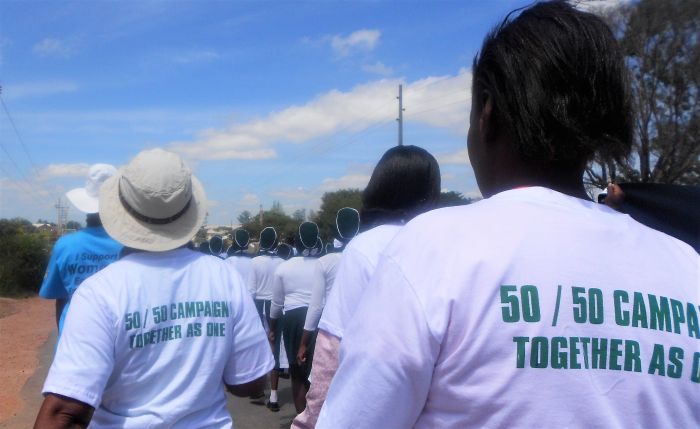 Activists had much-anticipated the 40 percent he promised a few days ago after his election. While some praised the new president for increasing the number of women ministers, others chided the President for removing the Ministry of Gender.

President Chakwera, who is Malawi’s sixth president was elected in a rerun Presidential election on the Malawi Congress Party (MCP) ticket promising women empowerment. In the new cabinet he has appointed four full ministers and eight deputy ministers.

“To ensure that there is enough representation of women in our administration, no less than 40 percent of the Cabinet will be composed of women,” he was earlier quoted.

The four ministers include veteran politician Patricia Kaliati who heads the Ministry of Community Development and Social Welfare, Nancy Tembo who is Minister of Forestry and Natural Resources, Agnes Nyalonje as Minister of Education and Khumbize Chiponda who is at the Ministry of Health.

Also, key in Dr Chakwera’s appointments is that of Janet Banda who is deputy chief secretary to the Government and Cabinet.

Dr Chakwera pledged to take equality to another level saying the main concern of the MCP with the question of women empowerment “is that Malawian women are marginalized yet they play a critical role in the national economy especially the agriculture sector. Beyond the agriculture sector their participation is very limited, which poses a serious threat to their contribution to national development.

The MCP Government says lack of deliberate policies to empower women means that Malawi is risking to have a next generation of women who are equally disempowered because the girl child currently lacks role models to inspire her.

The new administration said it would redress gender imbalance in employment and appoint women in key positions and promote a 50/50 gender balance within the next five years while working to promote high levels of efficiency and effectiveness in the public service.

But Emma Kaliya, a human rights, gender equality and women rights activist said it was disappointing that “the president promised us of a 40 percent representation, [but] instead he has only managed 38 percent.”

“Furthermore, the Ministry of Gender has been taken out and collapsed into Social Welfare. Imagine the frustration that the leadership has created,” added Kaliya.

Beatrice Mateyo, Executive Director for Coalition of the Empowerment of Women and Girls (CEWAG) concurred with Kaliya saying she was disappointed that “we do not have the Ministry of Gender anymore on the list of ministries.”

“As much as they may say the functions are still there, naming is critical to ensure that things do not get overlooked. We cannot be making progress if we do not have a ministry named as such.”

On the appointments of new ministers Mateyo said as regards women representation, Section 11 of the Gender Equality Act provides for 40/60 percent ratio, and wondered why the president has only provided something less than that threshold.

“Why should we have only 39 percent and be expected to be happy? Because they have done better than any other previous administration? One of the reasons majority as in 50+1 of Malawians voted for change was that we can have a fresh start; a new beginning. This includes adhering to laws that we have put in place as a country to govern us all. The law says 40/60 and my expectation as a gender equality advocate was to make sure that this is strictly complied with,” Mateyo said.

She also said four full ministers were not enough suggesting that some of the eight deputy ministers should have been full ministerial roles “as they are capable and thoroughly accomplished women.”

She urged President Chakwera to adhere to the provisions of the Gender Equality Act when making future appointments “and bring back the Ministry of Gender.”

“We are at 38.7 which is not bad. If you make a comparative analysis with previous governments this is the best we have had,” she said.

Liwewe said it was not easy for the president appoint the new cabinet bearing in mind that the ruling MCP had alliance political partners who included eight other parties in an election.

“It was even tougher this time around due to the Tonse Alliance challenges, so great headway,” she said.

Another activist, Emily Mkamanga who lives in the northern city of Mzuzu feels “having so many women is good and we are indeed making headway towards 50/50 appeal.”

“My appeal is that these women must work hard and not just fill the numbers,” she said.

Mkamanga said the way forward for equality to take root “is to increase the number of women whenever there is an opportunity and these must be professional women.”

Billy Mayaya, a human rights activist and a member of the Human Rights Defenders Coalition said Dr Chakwera has made some headway as “the appointments have reached the 40/60 threshold as per provisions in the Gender Equality Act.”

*Joseph Kayira is a Malawian journalist. This article is part of the Gender Links News Service.