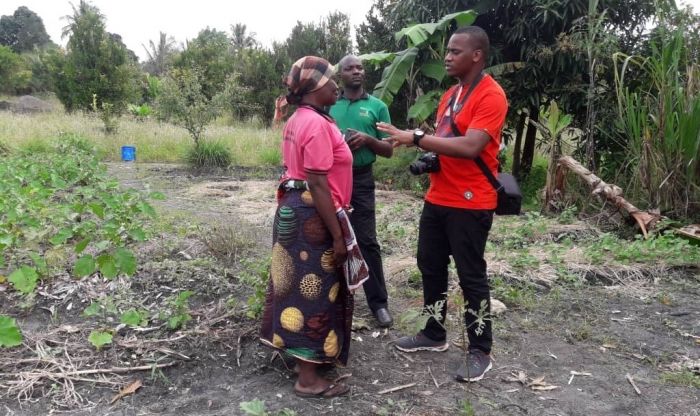 Dar es Salaam, 9 December: Tanzania is one of the best performing economies in East Africa in recent years, which is reflected in improved human development, however, inequalities – including gender inequalities and economic exclusion of women persist.

Although the country has seen recent progress on gender equality such as girl’s access to primary and secondary education, the ‘earnings’ from agriculture, which is one of the country’s most important economic drivers are still lower for women than for men.

According to the 2014 Integrated Labour Force Survey (ILFS), the most recent to be conducted, it concludes that the majority of Tanzanian women work in agriculture, but mostly as unpaid helpers; they earn less than men and few hold land rights.

The survey further indicates that agriculture accounts for the largest share of employment in Tanzania: with a greater proportion of women than men (69.9 percent vs. 64.0 percent) work in agriculture— contributing substantially to both commercial and subsistence agriculture, including livestock and fishing. The unpaid family helpers (responsible for food preparation, fetching water and gathering firewood) constitute 34.5 percent of those employed in the agriculture sector.

Aggregate data shows that women comprise about 43 percent of the agricultural labour force globally and in developing countries.

There are significant gender gaps in own farming with far fewer women landholders, having smaller plot sizes, employing fewer people and farming more for subsistence rather than income generation as compared to male landholders, the ILFS report further shows.

Furthermore, in crop production, both men and women participate fairly equally in site clearance, land preparation, sowing and planting, while women carry out most of the weeding, harvesting, transportation, threshing, processing and storage activities, but the self-employed women in all areas (rural and urban) in the sector earn significantly less than men, and they have lower participation in family expenditure of the generated earnings, studies have shown.

Ms Nely Joseph, a female sunflower grower from Mpwapwa District in Dodoma Region shares her story on how her husband used to spend whole money they generated together from sunflower farming without her knowing.

“One day, my husband sold half of the sunflower harvest without my knowing. After asking around, I came to realize that he sold one bag of sunflower at Tsh15, 000 instead of Tsh30, 000. I was hurt, but I couldn’t do anything,” recalls Nely.

Adding: “We were producing at least 10 sacks of sunflower per season. We also grew groundnuts and maize for commercial, but my husband was the one controlling the whole expenditures after the harvest. Though, he was using part of the generated earnings to buy food items for the family. Items like fish, tomato, rice, onions, etc.”

However, Ms Nely further narrates that she is no longer experiencing such a problem after they (her husband and her) recently received a training on proper management of farm income, organized by a Nongovernmental organization-Sustainable Agriculture Tanzania (SAT) that spreads the word and practices of sustainable agriculture in Tanzania.

“After receiving the knowledge on sustainable agriculture and farm income management, my husband and I now sit together and make decisions regarding the crops farming, harvest, sales and expenditure,” says Ms Nely.

Moreover, various global sources suggest that agriculture can be an important engine of growth and poverty reduction. But the sector is underperforming in many countries in part because women, who are often a crucial resource in agriculture and the rural economy, face constraints that reduce their productivity.

Acting Executive Director of the Tanzania Chamber of Commerce, Industry and Agriculture (TCCIA) Mr Gotfrid Muganda is of the view that self-employed women in agriculture sector are more likely to use their land for subsistence farming than for commercial farming, hence they benefit less from the sector.

He further calls for enforcement of legal frameworks that govern the agriculture sector in the country such as the Village Land Act so as to ensure that land is available for agriculture to both men and women especially in the rural areas.

The statistics show that in Tanzania Mainland, 73 percent of landholders are men, whereas only 27 percent are women (FAO, 2014).

“I also encourage women farmers to hire plots of land in their respective areas for farming instead of depending on their husbands’ lands. This also can help to reduce the level of economic exclusion for women in agriculture sector in the country,” says Mr Muganda.

While, Executive Director of the Sustainable Agriculture Tanzania, Janeth Maro encourages women farmers in the country to use agricultural inputs such as quality seeds and fertilizers to increase their yields and farm income.

There is a significant gender gap among market-oriented farmers with regard to the use of improved agricultural inputs (FAO 2014).

The data also show that organic/inorganic fertilizers, pesticides and herbicides are used in only about 10 percent of the plots, regardless of the kind of activity carried out by the farmer (whether market-oriented or subsistence farming). These percentages are usually lower for plots held by females.

“The economic exclusion for women particularly in the agriculture sector is mainly attributed to social-cultural norms and traditions especially in rural areas. The traditions allow men to dominate land as landholders while women are allowed to use land as labourers,” she says.

Adding: “It is high time for men to recognize the contribution of women in agriculture and food production.”

Moreover, Maro expresses optimism that if women farmers are trained on entrepreneurship and how to properly use their farm income, they can excel and benefit from the sector.

She further slams the local government authorities for failing to enforce the Village Land Act that governs land ownership in the rural areas.

“100 percent of the land in villages is accessible to men for various economic activities, while women access only 2 percent. This is contrary to the Village Land Act that emphasizes on equal land ownership,” says Maro.

For her part, Campaigns Coordinator (Land and Governance) from Nongovernmental organization-Oxfam Tanzania, Mkamiti Mgawe suggests that more efforts are required to achieve economic inclusion for Tanzanian women especially in agriculture sector, further calling upon the relevant government authorities (Ministry of agriculture, and that of Land) to facilitate land ownership/acquisition among the majority of self-employed women farmers.

“Land disputes will persist if men will continue to be landholders. Therefore, more efforts are required to empower women farmers to own land and ensure they control the entire crop production and sales chain,” says Mgawe.

To achieve this, Ms Mkamiti further appeals to the government to reduce the cost of land formalization process and ensure women also own land for economic activities particularly agriculture.

“I also urge the government to facilitate the issuance of Certificates of Customary Rights of Occupancy (CCROs) to women farmers so as to ensure their full ownership of the land for economic activities including agriculture,” says Mkamiti.

Director of Crops Development in the Ministry of Agriculture, Nayasebwa Chimagu reiterates the government’s commitment to facilitate the engagement of both male and female farmers in the agricultural productivity by ensuring that they have access to all resources like land and capital.

National Strategy for Youth Involvement in Agriculture, it is determined to continue empowering Tanzanian youths (male and female) through trainings (over 100 youths are trained per year) on various crops production and farm income management with a view to increasing their yields and improving their livelihoods.

“I would like to encourage the youths especially women farmers across the country to join cooperatives so that they can access sufficient loans from the financial institutions like banks and microfinances and invest in the commercial crops production,” says Chimagu.

Furthermore, the government officer asserts that the government is determined to continue closely collaborating with both private and public agriculture stakeholders in the country such as Tanzania Meteorological Agency (TMA), Platform for Agricultural Policy Analysis and Coordination (PAPAC), National Food Reserve Agency (NFRA), Agricultural Seed Agency (ASA) and Tanzania Fertilizer Regulatory Authority (TFRA), to mention but a few, in its efforts to transform the agriculture sector and improve the farmers’ standard of livings.