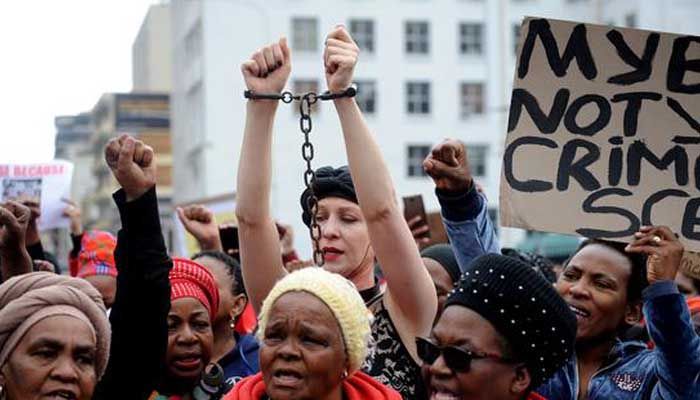 This 16 Days of Activism comes amidst strengthened campaigns and actions against GBV across the world from the global campaigns on #MeToo and #TimesUp which have also influenced walkouts in big corporate organisations to local campaigns such as #TotalShutDown #100MenMarch and the recently ended GBV Summit in South Africa which brought GBV into the limelight.

Despite the concerted efforts in combating GBV, including legislative frameworks, policies, community based initiatives and campaigns violence against women and girls persists. Globally, it is estimated that one in three women have experienced violence of some kind, whether physical, sexual, economic or emotional. However, countries need to continue gathering country specific reliable data in the region so that they come up with informed actions to fight GBV.  GL’s Violence Against Women (VAW) Baseline Studies in seven SADC countries remains one the most comprehensive research studies conducted in the region with the latest being in Botswana which aimed at measuring the extent, drivers, effect, cost, prevention, protection, programmes and participation in the fight against GBV in the region.

Through its recently launched regional campaign under the banner Voice and Choice, GL is working with partners in the Southern African Gender Protocol Alliance and in local government on a comprehensive campaign to ensure women in the region have a voice and choice on their  Sexual and Reproductive Health and Rights (SRHR). This campaign also puts media as a critical enabler for change in attitudes, perceptions and practices such as GBV that infringe on women’s voices and choice.

GL and partners will host and participate in numerous events across the region, most notably online dialogues including webinars and Alliance SRHR meetings that will feed into different year long action plans on the Voice and Choice campaign.

The GL News and Blogs will continue to give a fresh view on everyday news sending out daily feature pieces from journalists and activists and also I stories from survivors of GBV from across the region. These topics will be aligned to each discussion topic on the webinars.