News Namibia: Gender parity in parliament can be a real... 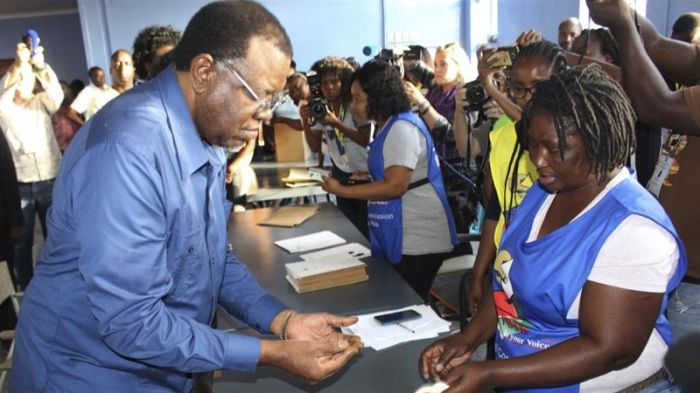 Namibia: Gender parity in parliament can be a reality!

Windhoek, 12 December: Women’s representation in parliament in Namibia is poised to reach the parity mark following elections in late November. This would place Namibia at par, or possibly even higher than the 46% attained by South Africa, presently the highest in the Southern African Development Community (SADC).

Namibia has 96 members who are directly elected through a system of closed list proportional representation and serve five-year terms. Eight additional members are appointed by the President after inauguration. According to calculations by GL Namibia (GLN) based on the percentage vote garnered by each party, there will be 44 women (46%) on the PR seats. If the president announces all women in the appointed seats, Namibia would have 52 women in the 104- seat house of assembly (50%). If the announcement (as expected) is for 50% women in the appointed seats, this would drop to 48 seats held by women in the 104-seat chamber (46%).

GL challenges the President Elect, Dr Hage Gottifried Geingob to “take the plunge” by appointing all women at his inauguration to the eight seats at his discretion. “This would result in Namibia being the first Southern African country to achieve gender parity in parliament,” noted GL CEO Colleen Lowe Morna. “And it’s within Namibia’s grasp to do this!”

GLN applauds the five political parties that had 50% or more representation of women amongst the elected candidates. These are the ruling South West African Peoples Organisation (SWAPO) with 52% women;  Landless People’s Movement (LPM), National Unity Democratic Organisation (NUDO), Republican Party of Namibia (RP), and United Democratic front of Namibia (UDF) all with 50% women. SWAPO garnered 63 seats in parliament, down from 77 seats in the 2014 elections.

“It is commendable that SWAPO honoured its voluntary “zebra” quota of one woman, one man, for these elections,” noted GLN country manager Fabian Sampaya. “It is also commendable that this lead is being followed by many other parties.”

The only female presidential candidate, President Esther Muinjangue, obtained 1.5% (12, 039) of the votes in the Presidential race. Her party, the National Unity Democratic Organisation (NUDO) obtained two (one male and one female) seats in parliament. “We hope to see many more women vying for top leadership positions in the future,” Sampaya noted.

GLN hails Namibia for holding a peaceful election that facilitated inclusion and representation. The SADC Election Observer Mission (SEOM) has declared that the elections were free and fair. Zimbabwe, the current chair of the Organ on Politics, Defence and Security Operation, headed the mission. We applaud the Electoral Commission of Namibia for a code of conduct committing to peaceful elections signed by all political parties.

According to the GLN election observer team, the voting process went smoothly with voters properly assisted. The elders, disabled, pregnant women, women with babies were given priority access to voting in most polling stations. However, at some polling station in Katutura pregnant women and women with babies could be seen standing in long queues in open spaces. GLN will issue a full gender audit of the elections as soon as the presidential appointments are announced.

For more information on gender and elections in Namibia contact Fabian Sampaya on +264 812398645 or email nammanager@genderlinks.org.za

Comment on Namibia: Gender parity in parliament can be a reality! Cancel reply