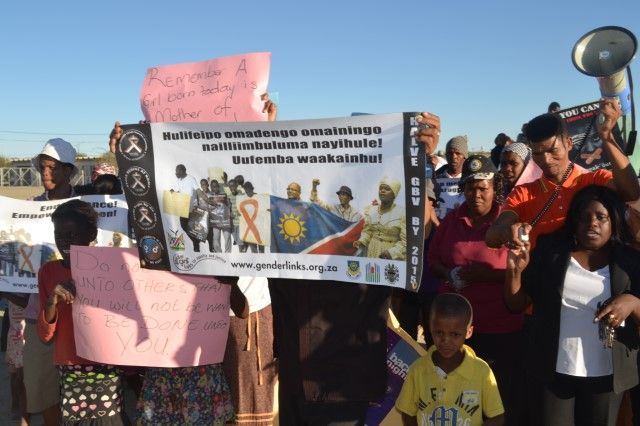 Namibia Voice and Choice Summit and Awards 2019 will be launched on the 7th of August 2019 at Protea Hotel Thuringerhof. The Summit runs under the hashtag #VoiceandChoice. The aims and objectives of the summit are;

Over 55 entries will be adjudicated and winners will be pronounced on the 8th of August 2019. The summit will be officially opened by ALAN president Honourable Georgina Mwiya.

Promoting gender equality and improving the status of women remains a top priority on Namibia’s development agenda and therefore as Gender Links we stand with you in your quest to achieving this goal. The #Voice and Choice campaign puts a spotlight on the inter-linked gender justice issues of our time including menstrual health, comprehensive sexual education, teenage pregnancies, safe abortion, maternal health, GBV, HIV and Aids, and sexual diversity. In November 2018, the SADC health ministers chaired by Namibia adopted the first ever SRHR strategy for the region. This is really a milestone for SADC and Namibia to improve the lives of women. Under the spirit of leaving no one behind, this year’s summits include a stand-alone category on Youth Voice and Choice Awards. The Voice and Choice campaign is stretching its scope to cover 365 days of action against GBV.

Centres of Excellence for Gender in Local Government

50/50 is possible through ensuring equal representation of women in all levels of politics. Namibia has led by example through consciously enabling women’s increased participation at the local level with the SDGI score of 92% that is the highest in SADC. Namibia is also one of the largest contributors of women in peace keeping and has the highest numbers of women in defence.

Namibia received AU awards in four categories namely best performer at the level of ratification and reporting of the relevant international and continental instrument on fighting corruption, promoting gender equality and protecting women’s rights at the national level. It was also awarded the best African country regarding progress made in mainstreaming gender equality into the fight against corruption. Namibia also receive a gender award from Gender is my Agenda in 2017. Now it is time to share our best practices through the Voice and Choice Summit.