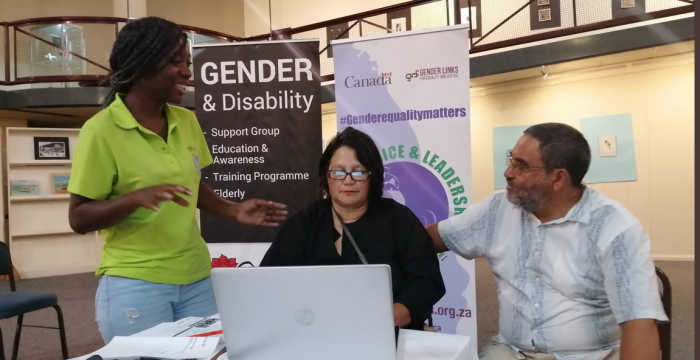 Johannesburg, 12 March:  The first Women Voice and Leadership (WVL) Grants call in South Africa elicited 485 applications – about 16 times the number of grants that can be awarded under the current fund.

“We are delighted by the overwhelming response,” said Colleen Lowe Morna, CEO of Gender Links which manages WVL on behalf of Global Affairs Canada (GAC). “But the gap between the demand for, and availability of resources is a reminder of the funding challenges being faced by Women’s Rights Organisations (WRO).”

Prior to the grant call, GL conducted a mapping of WRO around the country to ensure extensive dissemination of the call.

During the one month application period from 20 January to 21 February, GL conducted several workshops in the four target provinces on the call and how to submit applications using the online portal. GL remained available throughout the process to offer technical support.

The grant call had three windows. The three year Multi Year Core Grants for NGOs and CBOs in Gauteng, Kwazulu Natal, Limpopo and Western Cape targeted organisations with an annual turnover of less than R1 million per annum. This attracted 285 applications, with the majority (123) from KZN. The fund will award 30-40 grants in this category.

Following the close of the grants call on 21 February, an independent team of assessors worked tirelessly to shortlist MY Core and Networking grants. These follow a two stage process: concept note followed by full grant. Applicants were informed of the outcome of their concept note applications on 10 March.

Those who have been invited to submit full applications received feedback from the assessors to assist in strengthening their final proposals. Final applications for MY CORE and Networking Grants are due at midnight on 30 March. Applicants are advised not to leave the applications to the last minute as the final application is more demanding.

Final grant awards in these two categories will be announced in mid-April. Those provisionally awarded grants will be invited to make presentations at the SADC Gender Protocol @Work Summit on 4-5 May. They will undergo due diligence before the final award.

“In line with the aim of this fund which is to support new, smaller and innovative WRO that have not been able to access mainstream grants, organisations are not required to be registered or have fully functional systems at the time of the award,” noted GL Director of Operations Bheki Ncube. “However, they will be required to do so within six months. The fund has a strong emphasis on institutional capacity building.”

Those who passed an initial short list but did not make it to the final short list also received the scores and comments of assessors. “The fund is developmental. The purpose of providing feedback is to acknowledge the incredible effort made, and offer encouragement. Every funding application is a learning opportunity,” noted Grants Co-ordinator Nomthandazo Mankaza.

Assessments of the rapid response applications, which are a one step process (more detailed than concept notes, but not as detailed as final applications) are in progress. The outcome will be announced on 30 March. This will be a rolling fund. Details of further opportunities will be shared when the first round of grants in this category is announced.

GL welcomes feedback on the process. This can be sent to grants@genderlinks.og.za, or through our online feedback form  that forms part of GL’s Integrity Policies.