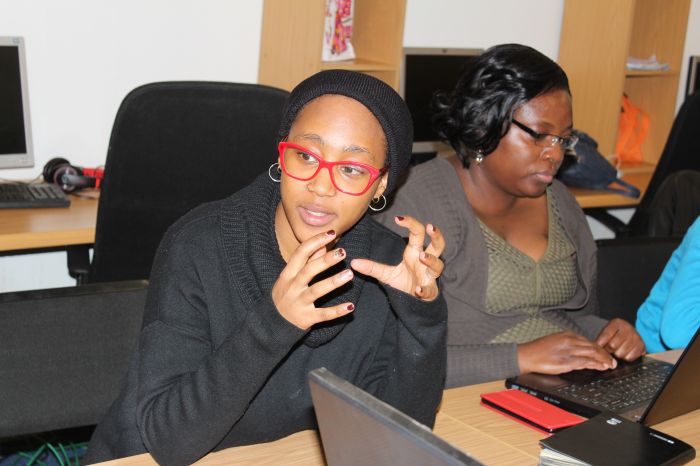 Despite the equal proportions of women men in the media sector the media is still not a very friendly environment for women to work in.

“The industry is slowly changing; more women are entering senior roles but we would be naive to think sexism, racism and male chauvinism will end in our lifetime,” says SANEF Chair Mahlatse Mahlase, says in the report.

The research notes that the struggles for women in the media have become less about the numbers and more about the sexism that persists in the media. The race and gender dynamics of the South African media have changed dramatically, but black women are still grossly under-represented in key decision-making; the pay gap is widening, especially in the age of digitisation; and the old boys’ network is alive and well. In the #MeToo and #TotalShutDown era, the conversation is moving beyond numbers, to the underlying patriarchal norms that fuel sexist attitudes, harassment and its newest ugly form – cyber misogyny.

The research also notes that women continue to hit the ‘glass ceiling’ at senior, top management and at board levels were their representation wanes in these top decision-making positions. Only 36% of the top managers, 46% of senior managers and 19% of those on boards of directors in media houses in South Africa are women.

The 2018 Glass Ceilings research which is a third for South Africa in this series becomes the latest and most comprehensive audit ever undertaken of women in South African media, where over 200 journalists responded to the perception survey and 41 media houses responded to the institutional surveys.

The three reports produced under this project in 2006, 2009 and 2018 include the South African Broadcasting Corporation (SABC), Media 24, the Mail and Guardian, and a variety of private media willing to respond. The 2018 report features a wide sample of 45 community media, in addition to 13 private media and the public broadcaster.

You can watch the launch via Facebook Live stream on @GenderLinks.