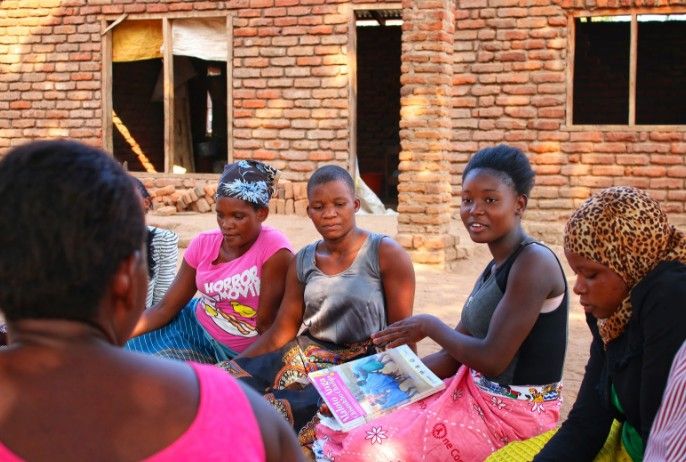 Malawi: Last year, Malawi launched the Malawi Growth and Development Strategy III (MGDS III). When government distributed the signed 215-page book to all who attended the launch ceremony, everyone rushed to the office or home and peruse the pages mainly the chapters they were interested in. MGDS III is a national development blueprint and Malawi’s President Peter Mutharika described it as the manifesto of the nation.

From a gender point of view, the MGDS III gets a thumbs up as it wants to build an equitable society where opportunity is not defined by sex, age, disability and other vulnerabilities. The expected outcome from this goal is to see that gender is mainstreamed in all sector plans, policies, programs and development frameworks. Furthermore, the strategy wants to see that there is increased women representation in decision making structures and policies. The aspiration has come at a right time as it will energize the country’s efforts in supporting women into leadership positions in the 21 May 2019 Tripartite Elections.

This goal will silently work hand in hand with the Gender Equality Act (GEA) which is clear and strong on promotion, recruitment, and appointments of women into leadership positions. For example, through Section 11, the GEA says an appointing or recruiting authority in public service shall appoint no less than forty percent and no more than sixty percent of either sex in any development in the public service.

For agriculture sector, the MGDS III wants to achieve sustainable agricultural transformation and water development that is adaptive to climate change and enhances ecosystem services. Dissecting this goal in as far as gender equality is concerned, it aims at promoting agricultural education and technical training for women among other vulnerable groups. Furthermore, the most interesting expected outcome in agriculture is the promotion of the access to finance for women, youth and vulnerable groups in the agriculture sector. Access to finance for women is very crucial because it is a pillar for other positive social developments. This agricultural goal is also in line with the goal on financial services which is within the MGDS III and aims at creating a vibrant, efficient, stable and inclusive financial sector that will meet the financing of all including women.

Financial independence is important among majority of women in Malawi who, for a long time, have fully relied on their husbands for economic survival.  This makes most of them fail to come out of violent and abusive marriages.  Hypothetically due to this reliance, a 2012 government survey reported that 40 percent of women aged 15 – 49 years had experienced spousal violence of some kind.

In the face of the challenges that women face as they depend on others financially, financial inclusion for the women is, therefore, no longer a luxury but rather a necessity. Therefore, implementation of MGDS III should vigorously take note of this to ensure that women are not left behind in as far as financial independence is concerned. A lot of activities are needed to empower women economically during the implementation of this beautiful strategy.

The economic empowerment of women should deepen into access to credit as this can open up economic opportunities for women. Even by having bank accounts, it will be a gateway by most women to the use of additional financial services. Women entrepreneurs face significantly greater challenges than men in gaining access to financial services. This is a challenge not only in Malawi but also in other developing countries.

The Global Findex, a comprehensive database measuring how people save, borrow, and manage risk in 148 countries, reveals that women are less likely than men to have formal bank accounts. It says that in developing economies women are 20 percent less likely than men to have an account at a formal financial institution and 17 percent less likely to have borrowed formally in the past few years. The World Bank’s 2014 Gender at Work report asserts that “on virtually every global measure, women are more economically excluded than men.”

MGDS III’s goal on education is to improve quality and relevant education and skills for all. The goal is narrowed down by strategically aiming at enhancing service delivery that promotes gender equality values in Early Childhood Development (ECD), and strengthening the institutional framework for the delivery of ECD services. It also wants to improve net school enrolment and completion rates, including for those disadvantaged by gender; and to build and upgrade education facilities that are gender sensitive and provide safe and effective learning environment.

However, The MGDS III is not specifically loud in outlining its desire to promote Information and Communication Technology (ICT) among women who are usually left behind by men in as far as use and benefit of the ICT is concerned. There is a huge gender digital divide between men and women in Malawi. The concept of “gender digital divide” describes differences in terms of access to and use of ICTs between men and women, and highlights the fact that ICTs effect men and women differently. It also points to the fact that women usually have less representation in decision-making processes related to ICTs. The country should acknowledge that ICTs are not gender-neutral and that the use of ICTs reflects the wider socio-economic and cultural context underpinning women and men’s roles within society.

The constraints faced by African women are often reinforced by poverty, low levels of education and high levels of illiteracy, and that the most frequent users of ICTs consist of men. Women within developing countries such as Malawi are in the deepest part of the digital divide.

A survey conducted in 2014 by Malawi’s National Statistical Office (NSO) indicates that the households’ access to ICTs in Malawi is still very limited and there are great disparities between men and women. Despite the government’s efforts to improve the country’s ICT infrastructure as part of its development agenda, connectivity remains a great issue for the diffusion of ICTs in Malawi, as Internet penetration in Malawi is only 6.1 percent of the total population whereas the average in Africa is 28.6 percent. Although this problem may affect both men and women, its solution will greatly benefit women as they will easily access information on leadership and governance among other pertinent issues. Good ICTs will also help them to learn how their counterparts are progressing inside or outside Malawi.

The launch of the MGDS III is the beginning of the development process that is why in its eighth chapter it calls all stakeholders to align their activities in line with MGDS III. Let gender be mainstreamed and shine in the MGDS III implementation.

Dyson Mthawanji is a journalist in Malawi. He works as Communications Manager at Civil Society Agriculture Network (CISANET). He is writing this article in his personal capacity.