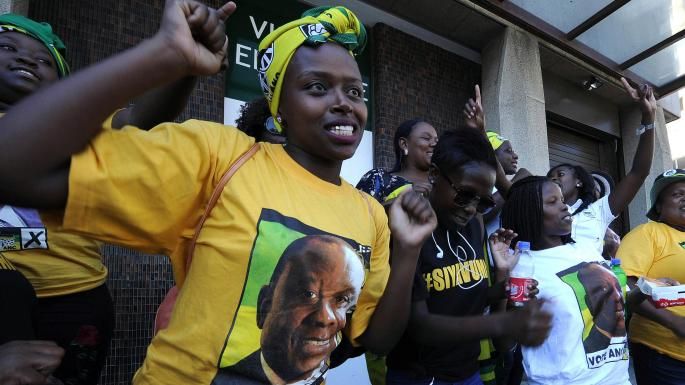 GL gives a cautious thumbs up to new SA cabinet

Johannesburg, 30 May: Gender Links (GL), welcomes the 50/50 cabinet and change in women’s minister announced by President Cyril Ramaphosa yesterday, but says he missed the opportunity to appoint a woman deputy President and restructure the women’s ministry.

Announcing his long-awaited cabinet following the 8 May elections, President Ramaphosa proudly announced that South Africa has achieved gender balance for the first time in its executive. However, he reappointed David Mabuza, who has been mired in controversy, as his Deputy President.

“President Ramaphosa had a real opportunity not only to break with the past but to appoint a woman deputy President, for the second time ever,” noted GL CEO Colleen Lowe Morna. “This would have brought us that much closer to a woman president, a dream that remain elusive 25 years since the advent of democracy.”  Phumzile Mlambo-Ngcuka (now executive director of UN Women) served briefly as Deputy President under Thabo Mbeki.

Several names of potential women deputy president candidates were touted on social media ahead of the cabinet announcement. These included Nkosozana Dlamini Zuma (now Cooperative Governance and Traditional Affairs or COGTA), Lindiwe Sisulu (now Minister of Human Settlements, Water and Sanitation) and Naledi Pandor (now of International Relations and Cooperation). “It is heartening to have these senior women in cabinet, many in non-traditional areas,” noted Lowe-Morna. “It would have been great to have one of them closer to the top!”

GL welcomed the change of Minister in the Presidency for Women, Youth and Persons with Disabilities from head of the ANC Women’s League Bathabile Dlamini to Maite Nkoana-Mashabane. Dlamini came under fire for failing to usher in a new social grants distributor when the Cash Paymaster Services (CPS) contract ended. These grants play a crucial role in supporting women and families who remain on the fringes of the mainstream economy.

It took the intervention of the Constitutional Court, which permitted the extension of the contract with CPS for another 12 months, to provide a way forward concerning the payment of millions of beneficiaries on 1 April 2017. Dlamini’s role in the social grants crisis will be determined by a commission of inquiry, which began work on 22 January. She also oversaw the disastrous handling the Life Healthcare Esidimeni Scandal involved the deaths of 143 people  at psychiatric facilities in Gauteng from causes including starvation and neglect.

“This crucial portfolio required renewal,” noted Lowe-Morna. “Although Nkoana-Mashabane is not well- known in gender circles, she is a seasoned and senior minister. We look forward to working with her, especially in the interim GBV Council set up following the president’s  GBV summit last year.”

GL remains critical however of the structure of this ministry covering as it does women, youth and persons with disabilities. The ministry runs the risk of being “everyone and no one,” Lowe- Morna said. The extensive restructuring of ministries undertaken by President Rampaphosa as part of overhauling the executive offered the opportunity to rethink this ministry altogether. Given the cross cutting nature of gender, best practise is not to have a ministry at all, but rather a powerful office within the presidency that sets standards and requirements for all ministries on gender.

For information on gender and the recent elections click here. For more information contact Kubi Rama and communications team on 0825600066.