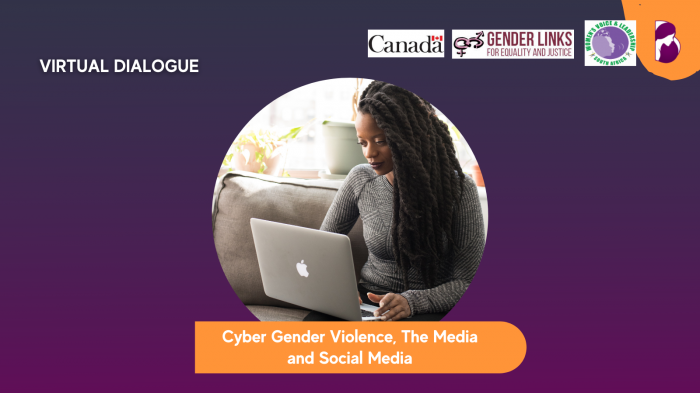 Johannesburg, 9 December 2021: Bellona Women’s Network and Gender Links are appalled albeit with little wonder at being hacked while hosting a panel discussion yesterday, 8th of December, during the Gender Links Cyber Dialogue in support of the 16 Days Against Gender-Based Violence Campaign.

‘The cyberattack yesterday afternoon further reiterates the need to continue to have conversations on Cyber Gender Violence, The Media and Social Media. It is extremely disturbing and violent to be having this conversation and the exact same issues being discussed are disrupted by people who hide behind computer screens. Not only did they disrupt an important dialogue but they silenced the voices of many people who have fallen victim to cyberbullying, stalking, and identity theft. What happened is cowardly and it will not deter us as we continue to monitor the media and cyberspace for such abusive acts and behaviour,’ said Gender Links on the hacking of the Gender Violence, The Media and Social Media virtual dialogue.

We experienced a breach during our discussion on equality. Our dialogue was therefore compromised and needed to be shut down in order to cut off the hackers’ graphics (there was a blatant disregard of viewership age, sensitivity, and of course right of the consent). We believe we hit a nerve with this topic and will be stronger for it, shedding more light on Cyber Bullying and Gender Violence on the Media and Social Media in the upcoming days.

This shows that Online Gender-Based Violence needs to be tackled consistently, outside the 16 days of activism campaign; through dialogues, strategies and collaborative action plans in order to effectively bring about the transformation that we need to attain and uphold.

In the words of Paul Valéry,  “Those who cannot attack the thought, instead of attack the thinker”. The idea exists, the thought is alive and we are here to make it breathe, even with prying eyes and a mask on.