News SA: From #hashtags to action in rural areas... 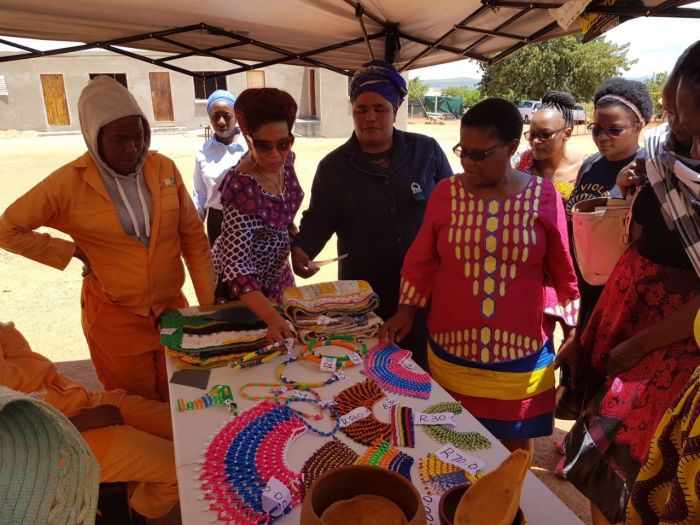 SA: From #hashtags to action in rural areas

Johannesburg, 14 March: The 62nd Commission of the Status of Women (CSW62) is underway in New York under the banner “Challenges and opportunities in achieving gender equality and the empowerment of women and girls living in rural areas”.

The annual conference comes hardly a week after International Women Day whose theme this year was #PressforProgress. To mark this special day Gender Links and the Southern African Gender Protocol Alliance (the Alliance) held a webinar titled “From Hashtags to Action: Young Women Speak Out.” Last year the Alliance launched a Young Women’s Alliance

The webinar, which connected gender activists, students and youth advocates across the Southern Africa Development Community (SADC) brought to the fore the opportunities and challenges associated with using social media for gender equality activism.

Commenting on the positives of digital activism, Gender Links Chair and Senior Journalism Lecturer at the Namibia Polytechnic University, Emily Brown said, “Speaking truth to power is crucial in the struggle for gender equality. Social media affords activists the chance to be heard outside mainstream media.

South African gender activist Naledi Chirwa noted that social media is not the only space for women to share their stories. She said, “We have a lot of women doing amazing work in their communities and their stories never trend on social media.” Zimbabwe Young Women Alliance representative Runyararo Mutariswa pointed out that sometimes digital activism excludes the stories of women and girls living in rural areas.

Melida Matsi, from South Africa’s Limpopo province, is an example of a gender champion who has done a lot for her community but has never trended on social media.

I met Matsi a month ago when I accompanied a delegation from the Eastern African Sub-regional Support Initiative for the Advancement of Women (EASSI) on a learning visit on how local authorities and community based organisations in South Africa are using the SADC Protocol on Gender and Equality to advance the lives of ordinary citizens.

The Capricorn District Municipality organised a field visit to Tiamaatla Development centre in Sebayeng. We were met at the entrance of Tiangmaatla Home Based Care by Matsi who is in charge of the centre. Her passion and drive for what she does is quite evident in the trophies and certificates that fillthe walls in her office.

Matsi has in the past 15 year been able to turn the centre from a shack into a full-fledged drop in centre comprising a school , bakery, home based care facility community garden and community Information and Technology centre.

Tiangmaatla cares for 166 orphans and vulnerable children through provision of food, health care, education and social activities. Children participate in all activities in a non-discriminatory environment.

The Home Based Care programme provides care and support to patients, protection and psycho-social care to youth and child-headed families. The Youth Development Program engages communities on strategies that promote the attainment of gender equality.

Orphans in the area get daily meals, clothes, sanitary pads and assistance with school work. Since 2009 the organisation has implemented programs on behavioural change. Such programmes were initiated to tackle issues within adolescents (girls and young women aged 15-24 as well as boys).

Through partnering with the Department of Social Development, schools and clinics, Tiangmaatla began to implement their programs through initial identification of orphans, children and youth made vulnerable by HIV and AIDS. They provided bereavement counselling for the children as well as monitoring their situations at home and school and provide psychosocial support for the children and their families.

The programme has also partnered with local Induna’s for provision of land for their projects and well as Be Part of The Miracle, Care and Support for Improved Parent Outcomes (CASIPO), PACT South Africa, Breadline Africa, Independent Development Trust, Peace Corp and the University of Limpopo for service delivery and capacity building.

My encounter with Matsi opened my eyes to the diversity of women who live in rural areas the need to understand that hashtags without action will not bring about gender equality.

Lucia Makamure is the Alliance and Partnerships Manager at Gender Links and writes in her personal capacity.

2 thoughts on “SA: From #hashtags to action in rural areas”

I need to get in touch with organisations dealing with women abuse, I have a very sad story to tell about my life and the lives of many oppressed women and our community in general how the traditional authorities are abusing us using their power as leaders to dominate and oppress us in our rural community. Their oppressive kind of leadership is surprisingly backed up by several South African governmental departments, like police, traditional affairs, Rural development etc, My community is not the only one, there are many come immunities subjected daily to this gruesome treatment by those calling themselves leaders. I have long reported this matter to Department of women but to no avail. I dont mind if you can publish this letter to organisations whom you know they can assist.

I don’t mind even if it can be published, our need is for the world to know that oppressive regimes still exist in South Africa, even syndicates who pretends to be on par with progressive regime requirements.

Comment on SA: From #hashtags to action in rural areas Cancel reply