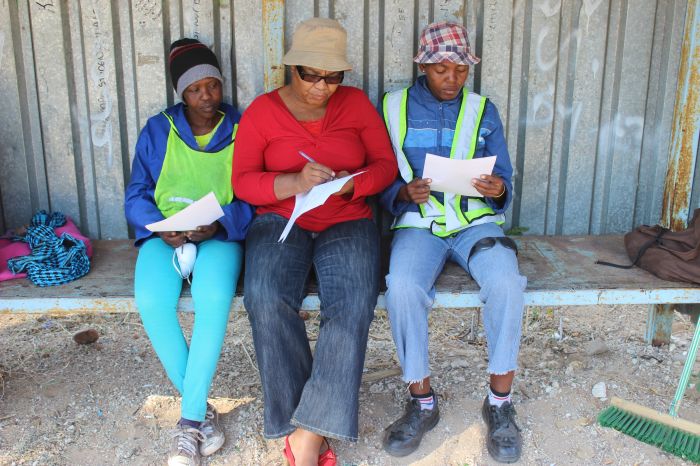 SADC: Gender attitudes still leave a lot to be desired

Johannesburg, 30 August: With an average score of 61%, gender attitudes in the Southern African Development Community (SADC) are gradually changing for the better, but evidence of deep-seated patriarchal attitudes is still strong. The gender attitudes research shows that, while 58% of women and men in the SADC region agree or strongly agree that “women and men should be treated the same”, 52% agree or
strongly agree that “a woman should obey her husband.”

These are among some of the key findings of the South African Gender Progress Study (GPS) administered to 34,323 women and men of all age groups in 15 SADC countries between January 2019 and May 2021. The report will be launched on Monday 30 August at 13.00 to 14.30 together with regional findings on this https://genderlinks-org-za.zoom/us/j/8254028597 as part of a wrap up to Women’s Month.

The GPS is administered by country focal networks of the Southern African Gender Protocol Alliance coordinated by Gender Links to better understand different perspectives on gender equality, so as to target efforts to change attitudes and behaviour in more effectively. The Alliance comprises women’s rights networks across SADC that campaigned for the SADC Protocol on Gender and Development adopted in 2008 and produce an annual Barometer to track progress against its provisions.

The GPS consists of 25 questions that respondents either strongly agree, agree, or disagree, strongly disagree with. The responses are rated on a scale of zero (least progressive) to 100 most progressive.

On a positive note, relatively low percentages agreed or strongly agreed that “there is nothing a woman can do if her husband wants to have many girl friends” (17%); “if a man beats his wife, it shows that he loves her (13%); families should spend less money on the education of their daughters than of their sons (12%).

Worrying findings include high percentages of those who agreed or strongly agreed that “a woman needs her husbands’ permission to do paid work” (31%) and “a man should have the final say in all family matters (28%). It is also worrying that only 27% of those surveyed agreed or strongly agreed with the statement that “a woman should be able to choose to terminate her pregnancy in the first three months of her pregnancy.”

Young people in the 18 to 25 age bracket had lower scores (59%) than respondents between the ages of 41 and 60 with a mean score of 61%. This is disappointing in a region where the majority population are young, and high hopes are being pinned on them in the 2030 #GenerationEquality campaign.

Respondents with a tertiary level education had the highest scores (63%), than respondents with only a primary school level of education (58%).  The over-riding finding of the GPS is that patriarchy is alive and well in all countries, all ages, and all levels of education. There are no short cuts to accelerating advocacy campaigns to change those attitudes and behaviours that perpetuate gender inequality.

One thought on “SADC: Gender attitudes still leave a lot to be desired”

There is really a need to continue challenging these attitude, behaviour and belief systems based on patriarchy that contribute to gender inequality.