News In search of #VoiceandChoice in SRHR policies... 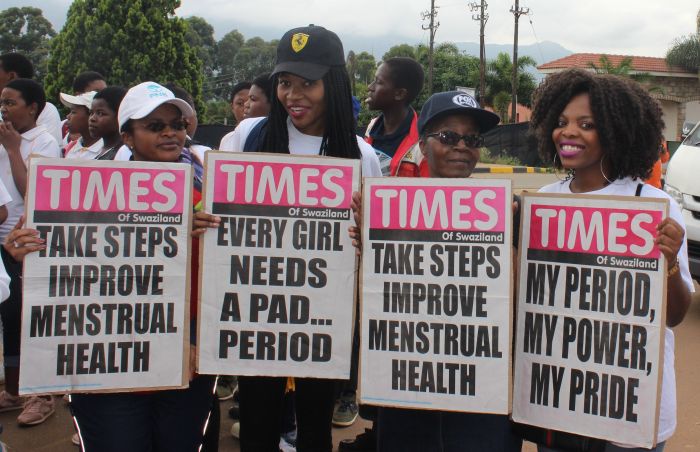 In search of #VoiceandChoice in SRHR policies

Johannesburg, 8 March: International Women’s Day celebrates annually the achievements that women have made in the long and continuous fight for gender equality. Celebrated under the theme #BalanceforBetter, this theme resonates with the Gender Links (GL) and Southern African Gender Protocol Alliance’s objective to strengthen the Sexual Reproductive Health and Rights (SRHR) cluster in the region. However the celebrations of #IWD2019 come against the backdrop of the alleged rape of women by soldiers in Zimbabwe, the physical abuse of South Africa’s Babes Wodumo by her partner, the rape threats against veteran journalist Karima Brown and many other horrendous occurrences of Gender Based Violence (GBV) in the region.

In line with the updated SRHR Strategy 2019-2030, GL and the Alliance have made headway to better the balance for women by conducting the first ever audit of SADC SRHR policies and laws. The audit puts a spotlight on the provisions of SRHR rights in 15 countries. The audit is abound with strengths on one hand and gaps on the other. It is an opportune time to take stock of the provisions of SRHR rights across SADC, with a view to understand their implications for women’s reproductive health outcomes.

Thirteen out of 15 countries have stand-alone SRHR policies. However, some of the policies are as old as 15 years. The audit shows that some policies still refer to outdated guidelines and targets from past global commitments such as the MDGs. A few countries with old SRHR polices have begun updating their policies in line with the updated SADC SRHR Strategy 2019-2030. South Africa, the newest country to adopt SRHR policy in 2018, has shown progressive steps to align its policy with the updated SADC SRHR Strategy. To capture the current thinking and guidelines on SRHR regionally and globally, GL and the Alliance urges countries to review the adequacy and relevance of their SRHR laws and policies. This is the only way to balance and better women and girls’ sexual and reproductive health and rights.

Unsafe abortions account for 10% to 13% of maternal mortality in the SADC region[1]. Women’s lack of voice, choice and control in SRHR reflects in their failure to access safe abortion services despite several campaigns both virtual and physical. The SRHR audit shows serious gaps in the provision of safe abortion, and post abortion care. Countries show less focus on safe abortion, menstrual health and harmful practices.

Despite countries being signatory to the Maputo Plan of Action and the SADC Protocol on Gender and Development, only 6 out of 15 countries have laws on child marriages. Of the six countries, five (DRC, Madagascar, Malawi, Mozambique, and South Africa) have laws that comply with the SADC Model Law on Child Marriages. Tanzania has the lowest minimum age of consent to marry at 15, which is out of snyc with the provisions of Article 6 of the Maputo protocol.  Namibia is not clear on the age of consent to marry for boys. The absence of child marriage laws in 9 countries is a huge setback for adolescent SRHR in SADC. Adolescents make up the largest and fastest growing population in Southern Africa, yet they face many risks (unemployment and economic exclusion, unwanted pregnancies, high maternal deaths, sexually transmitted infections (STIs) and gender-based violence (GBV) as they navigate with lives[2]. A clear example is the Olufuko festivals in Northern Namibia, a practice that ‘prepares’ young women for womanhood and exposes them to older men who then bid for them on parade.

One of the key findings of the SRHR audit related to the MMR is the high-unmet need for contraception in SADC. Contraceptive prevalence rate (CPR) ranges from 76% in Mauritius, to 14% in Angola. It follows that countries with low CPRs have huge unmet need for contraception. The failure to provide contraceptive care has huge implications for unintended pregnancies, unplanned births, abortions, and miscarriages further ballooning the maternal health care costs for countries.

Findings from the audit show that sexual diversity remains a controversial issue despite legal contestations and advocacy in some countries by the LGBTIQA+ community. With the exception of South Africa and Seychelles, most countries outlaw homosexuality and vigorously enforce the ban. Consequently, the ban impacts negatively on the need to balance and better the SRHR needs of such key populations.

There is marginal progress in removing sanitary tax in most SADC countries. Despite the tough economic conditions prevailing in the country, Zimbabwe joined three other countries Mauritius, South Africa, and Tanzania, to remove Value Added Tax (VAT) on sanitary ware. With VAT rates ranging from 12% in Botswana to 20% in Madagascar[5], more still needs to be done to scrap the tax, and to expand free access of sanitary ware to schools where the majority of adolescents aged 10-19 are found. To date, findings show that only Botswana, Madagascar, Seychelles and Zambia, provide for their schools. Following the successful distribution of sanitary ware in KwaZulu Natal Province South Africa intends to cascade this good practice to all provinces. Again, this finding puts a spotlight on the commitment by countries to improve adolescents SRHR. Research shows that inadequate menstrual care exposes girls to the risk of using unhygienic sanitary methods[6] such as rags, newspapers, and even lowers school performance[7].

A positive finding by the audit shows that all SADC countries have stand-alone policies on HIV and AIDS. This is important as HIV and AIDS issues cut across all the SRHR themes. Further, sound SRHR policies hinge upon the effective management of the impact of HIV and AIDS, and STIs. Thus, in order for countries to address SRHR issues in a holistic manner, there is need to have adequate and up to date policies.

The audit of SRHR policies and laws highlights positive efforts as well as gaps that need immediate attention in the region. This audit gives an impetus for the Alliance to strengthen the SRHR cluster, and policy reform.

Kevin Chiramba is a regional research consultant on GBV and SRHR. This article is part of the Gender Links News Service, celebrating #IWD2019  better the balance, better the world.

2 thoughts on “In search of #VoiceandChoice in SRHR policies”

“A clear example is the Olufuko festivals in Northern Namibia, a practice that ‘prepares’ young women for womanhood and exposes them to older men who then bid for them on parade.”

I am a legal practitioner and my research to obtain my law degree was on the legality and social impact of the Olufuko festival in Namibia (which is celebrated once every year in one town of northern Namibia). In my research, I discovered that the festival is a celebration of an old practice by the Aawambo people in preparing girls for womanhood. In my conclusions, the current practice which has been greatly modified to fit these modern times, it is clear that it is in no way a bid and parade for men and they are not exposed to older men for choosing.

I would further like to add that all the girls that take part in the festival do so by their own free will or by the advice of their parents and guardians and in recent years, even young Aawambo girls from the cities in the central and Southern part of the country have taken part in the festival.

In conclusion, my findings suggest that the festival does not impede on any of the girl’s rights and it is a revival of an old practice to celebrate girls transitioning into womanhood.
The sentence is very misleading and I would like the author to research further and to clarify this wide misconception of the festival.

small correction for Malawi on teenage mothers readmission to school. Malawi has a readmission policy dating back to 2008 and therefore not correct to categorize it with other countries that do not have. Kindly check your source.

Comment on In search of #VoiceandChoice in SRHR policies Cancel reply