News Mauritius: A journey of hope and strength at Safe ... 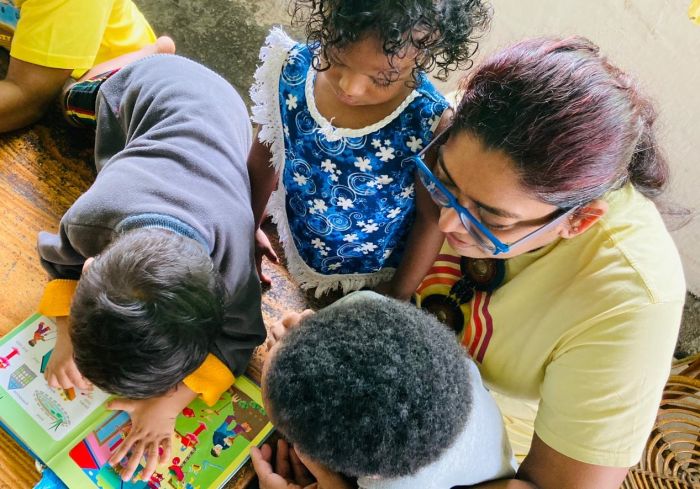 Mauritius: A journey of hope and strength at Safe Haven

Port Louis, 3 May: Sara was forced to get married at a young age. She was a victim of domestic violence at the hands of her first husband, to the point when one day her husband struck her with a sabre. From that first union, she had 2 daughters who were also victims of the violence their mother experienced. Her husband committed suicide a little while later.

Following her husband’s death, Sara remarried (religiously) to another man. From that second marriage, Sara gave birth to a son. Her second husband was a drug addict who was not working and forced Sara to give him money to sustain his lifestyle. If she did not want to comply with his demands, she would get beaten.

Sara was rejected by her family since they did not approve of her relationship with her second partner. Throughout their relationship, Sara’s two daughters were victims of his emotional and physical abuse. She decided to leave her ex-partner as her and her children were experiencing physical, emotional and economic abuse. It was through the help of one of their cousins that Sara and her children were able to seek refuge at SHHH.

Sara has demonstrated her skills as a hardworking individual who is motivated to give the best of herself in order to get a National Housing Development Company(NHDC) house and provide a roof and proper education to her three children. Sara has been able to secure a full-time job before arriving at SHHH and has been saving her money ever since, slowly trying to reach her goal.

The inspiring story of Sara reminds us that every human being requires a sense of safety and security in their lives. So do all the residents at Gender Links Mauritius Safe Haven Halfway Home (SHHH). This remains our ultimate aim as an ongoing service-based and not-for-profit organization.

93 residents have been welcomed at SHHH since its opening in September 2017. All of the residents have different life experiences and have encountered various forms of abuse. Various forms of support are provided to the residents of SHHH such as counselling and psychological support, access to empowerment programmes, education, self-esteem, personal development and hygiene, literacy & numeracy and economic empowerment.

At SHHH, we realise that people’s lives cannot be summed up in one category or be reduced to numerical figures. Yet, for monitoring purposes, certain classifications have been agreed upon to determine for instance, the reasons for coming into the Shelter. The success rate of our activities is measured by the change in the quality of life that the resident experiences and the situation of being safe (violence free) or unsafe (still experiencing some sort of violence). Nonetheless, staff respect the choices of residents and can only offer guidance and advice.

The main reasons for the residents coming into the shelter are: not having a permanent home, domestic violence, desertion by family, relatives and friends, homelessness, coming out of orphanages or the RYC (Rehabilitation Youth Centre) and the women’s prison. Noteworthy is the fact that domestic violence remains the major reason for residents coming into the shelter and represents 35% of the cases. Domestic violence remains a scourge and especially so during the Covid-19 pandemic. In addition, homelessness represents another pertinent issue affecting a number of residents with 32.6 % of them being a child of homeless parents and 30.2% not having any income. Having a roof over one’s head ensures that residents at SHHH feel safe and secure.

Furthermore, the majority of our residents (64 out of 87) come from the centre of the island (Plaines Wilhems and Moka District), close to the location of the shelter in St-Pierre itself.

As of February 2021, 34 young women aged between 18 to 25 years have been staying at SHHH. We have also welcomed five women aged 26 to 35 years old, nine women aged 36 to 50 years old and one lady aged 50+. These powerful women show initiative and take responsibility when it comes to their day-to-day living such as cooking and doing household chores. As for the children at SHHH, there are currently 15 boys and 10 girls aged between zero to five years old; five boys and one girl aged six to 11 years old and two boys and five girls aged 12 to 17 years old. The budding stars of SHHH never fail to bring a refreshing aura with their enthusiasm and curiosity.

SHHH embodies a big family. Yet, our residents are equipped such that they can lead independent and fulfilling lives. Therefore, a vast majority of our residents (80%) stayed at SHHH for a period of zero to six months during the last three years, including cases of emergency shelter where residents required temporary shelter. Nevertheless, some residents may need more time and support and hence stay for longer periods( the longest being 19 to 24 months).

Since the opening of SHHH till date, Gender Links has achieved an 80% success rate as measured by various indicators. The indicators are essential for monitoring and evaluation purposes but also for potentially showcasing areas of work that could be strengthened. Good news though: 55% of our residents are now fully independent and safe, which is both a major achievement and an indication that there is more work to be done. 18% of residents are partially independent and safe; three percent are economically independent but have returned back to their perpetrator whilst two percent have reunited with their family and another two percent have begun staying with their family.

The remaining 20% of residents fall in the following categories: whether they have been living with another abusive partner, or went back to their perpetrator or are mentally unstable or unsafe whereby cases have been reported to the Child Development Unit (CDU) and for some residents, no records were made. It is significant for us at SHHH to make sure that our residents are still safe and independent, even after they have left the Shelter to lead their own lives.

SHHH is ultimately a very unique initiative of its kind and we recognise the help of donors and people in ensuring that the Shelter runs smoothly. In kind and financial donations have both been well appreciated during the past years. Indeed, the circumstances that life can throw at us will always remain uncertain, but a little bit of kindness, compassion and empathy can go a long way in helping someone.  We hope to see more of you around soon, especially to spend time with our residents. Thank you for your continued faith and support.

Preetima Moteea is the Monitoring, Evaluation and Admin Officer  at Gender Links Mauritius

Comment on Mauritius: A journey of hope and strength at Safe Haven Cancel reply