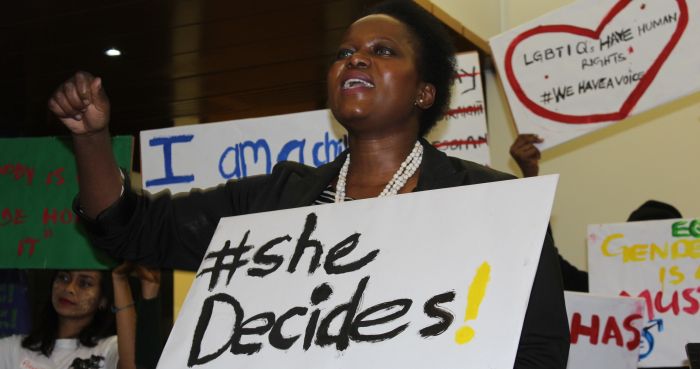 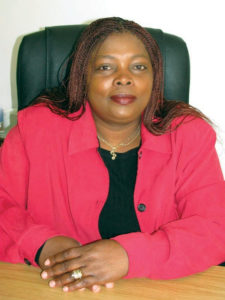 Johannesburg, 7 August 2018: Around the globe, 2017 will be remembered for the groundswell of women’s rights activism that began with spontaneous Women’s Marches as President Donald Trump took office in the USA, and gained momentum with the #MeToo, #TimesUp and #SheDecides campaigns. In a world where information moves with the speed of light, Southern Africa had its own variants to these campaigns – like the #MenAreTrash, #NotInMyName, #JusticeForKarabo #IWearWhatILike and #TotalShutDown, to name a few.

In March 2018, the virtual #SheDecides campaign came to Southern Africa, with a meeting in Pretoria that attracted several ministers, MPs and high profile personalities from the region; from progressive European countries as well as the Executive Director of UN Women, Dr Phumzile Mlambo-Ngcuka. Like the Sixteen Days of Activism that began as the brainchild of a few activists but has since mutated into a global campaign, #SheDecides is an idea whose time has come, and whose principles need to be customised by every region. 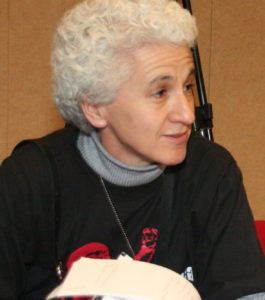 In this edition of the Barometer, we launch #SheDecidesSouthernAfrica by putting a spotlight on Sexual and Reproductive Health and Rights (SRHR). The 2018 Barometer abounds with evidence on the need for bold action on this front. The graphic illustrates how SRHR is a key cross-cutting theme. While the core chapters for this theme are health, HIV and AIDS and Gender Based Violence (GBV), issues of bodily integrity feature in the constitutional and legal, education, economic and governance chapters, to name a few.

As the tenth edition of the Alliance’s flagship publication went to press, Zimbabweans prepared to go to the polls after campaigns that served as a stark reminder that politics is still an unwelcome space for women. Four women presidential candidates were variously derided for their marital status; referred to as witches and “hures”, a derogatory Shona word for prostitutes. While women are not likely to make significant gains in the polls, the elections will be remembered for women finding their voice and claiming their space amid the misogyny, with one outspoken opposition MP donning a T shirt marked “Hure!” and at the back #MeToo!

Women’s lack of voice, choice and control in SRHR reflects in the high rates of GBV and HIV in the region. Violence Against Women Baseline studies conducted by GL in seven SADC countries show lifetime prevalence rates ranging from 25% in Mauritius to 86% in Lesotho.

Southern Africa has the highest rates of HIV and AIDS in the world. Sexual violence against women and girls remains one of the major causes of HIV infection. Marital rape is pervasive and contributes to the HIV and AIDS pandemic. For every two people enrolled in HIV treatment, five become newly infected. Women account for 59% of those living with HIV in Southern Africa, while men account for 53% of AIDS-related deaths.

The 2018 Barometer[1] reveals that contraceptive usage in the region among women ranges from 12% in Mozambique to 76% in Mauritius. The Barometer reports that only South Africa and Mozambique give women the choice to terminate pregnancy. Unsafe abortion contributes to high rates of maternal mortality across the region. While maternal mortality ratios are declining in other regions, in SADC they increased between 1990 and 2010 mainly as a result of HIV.

Punitive policies and restrictive laws against vulnerable groups create barriers to their access to SRHR services. Only four SADC countries have decriminalised homosexuality – South Africa, DRC, Mozambique and Seychelles, but recent high court rulings in Botswana suggest the ground is thawing in other countries. South Africa is the only country in the world whose Constitution recognises sexual orientation.  No SADC country has decriminalised sex work, although the ruling African National Congress (ANC) in South Africa voted at its December 2017 congress in favour of doing so.

Since 2016, the Alliance has succeeded in lobbying for the inclusion of SRHR in the Post 2015 Protocol; established an SRHR cluster; undertook training of members on SRHR led by cluster lead Southern Africa HIV and AIDS Information Dissemination Service (SAfAIDS) and on LGBTI led by Gender Links (GL). The Alliance also strengthened tracking of SRHR in the annual Barometer; identified key campaigns; established a Young Women’s Network; gathered and analysed over 300 Good Practices on SRHR at the annual SADC Protocol@Work summits. SAfAIDS has launched an ambitious regional programme called Transforming Lives with a focus on sexual-based gender violence (SGBV), teenage pregnancy, unsafe abortion, and promotion of social accountability for youth.

Key inter- linked campaigns identified by the Alliance include resurgence of HIV and AIDS among young women; menstrual health; teenage pregnancies, unsafe abortion; child marriages; Comprehensive Sexual Education in Schools; and decriminalisation of homosexuality. These will be accompanied by:

As the lead cluster on SRHR and Coordinator of the Alliance respectively, SAfAIDS and GL commit to further analysis for a pull out SRHR Barometer to be launched during the Sixteen Days of Activism, which stretches from 25 November (International Day of No Violence Against Women) to 10 December (Human Rights Day). The launch of the 2018 Barometer in Johannesburg on the eve of Women’s Day (9 August); in Windhoek (host of the 2018 SADC Heads of State Summit) and in all countries in the region will be accompanied by year- long campaigns to give women voice, choice and control of their lives. #TheTimeIsNow!

[1] Produced for the last six years by the Alliance.

One thought on “She Decides Southern Africa #TheTimeIsNow!”

Excellent initiative, though it still needs to be marketed strongly to get a buy-in from implementers and users.At Operational level “She Conquers” is gaining momentum, though slowly. I would like to see this gaining popularity in our country(starting with the District in which I work in- Dr Kenneth Kaunda District). I am passionate about this programme and already coordinating SRH services, including She Conquers; I feel I want to do more.