News Shocking HIV and AIDS rate among young women in So... 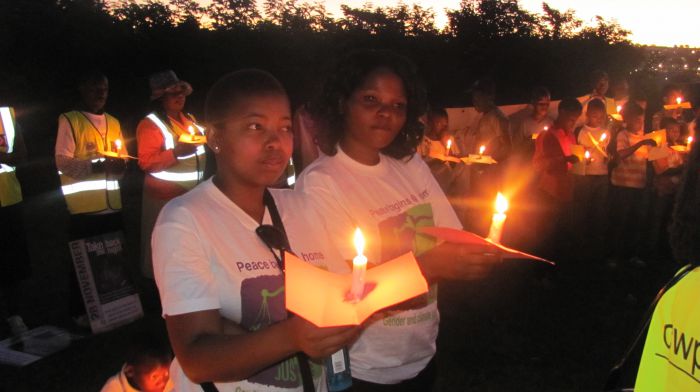 Johannesburg, 26 June: HIV and AIDS has a great impact on society, both as an illness and as a source of discrimination. The pandemic also has significant economic impacts.

South African youth especially young women are the most vulnerable and are at a high risk of contracting HIV. There are multiple of factors, which put immense pressure leading to most young women being infected.

Speaking at a 2017 Higher Education Aids programme (HEAIDS) conference Mduduzi Manana Deputy Minister of Higher Learning and Training said, “More than 2000 young women between the ages of 15 and 24 become infected with HIV every week in South Africa.

With this shocking rate of HIV and AIDS among young women, it shows that even though the government is trying to reduce the rate of HIV many young women continue to lack adequate information. Health facilities are also not friendly to young women when looking for assistance. This upward spiral is not only in South Africa but is trend seen in many African countries, which is worrying because most of the continent’s population is under the age of 25.

Poverty, financial constraints and peer pressure amongst others have a threatening stimulus in the on growing rate of the virus amongst women. Female students who are in tertiary institutions and do not have adequate financial resources tend to seek other alternatives such as becoming sex workers or be in relationships with older men in order to cover their study fees and living expenses.

Voice of America reported that, “Young women are dropping out of schools and are becoming sex workers, they want older men with money to buy them food, clothes and gifts, and they go to bottle stores so that older men can see them”. Mark Heywood the Director of Section 27 Social Justice movement a Non-Governmental Organisation that serves to inform HIV Positive people about their legal rights, notes that the government must implement better strategies to prevent new HIV infections by introducing the new weapon against HIV available to women. The weapon is a combination of drugs called “Pre-exposure prophylaxis” and if one takes the pill correctly it can prevent people from being infected. It will save the lives of young women in South Africa because this Prep will help them not to be infected.

Another disturbing statistic is that young girls who are still in primary level are engaging in sexual relationships with their peers or older men. A recent report by the National Department of Health 2016/2017 shows that more than 2000 young women between the ages of 15 and 24 are infected with HIV every week in South Africa.

The South African National Aids Council (SANAC) deputy Chair Steve Letsike while addressing the media at the Aids conference in Durban, noted that,” billions of rands intended to deal with HIV and Aids scourge in the country is being channelled to only white led organisations”.

This suggests that a large number of black owned organisations working at the grassroots level are facing difficulties in accessing funds for treatment that they require most. This then puts many women who seek help from these organisations in a dire situation especially.

Young people need to stand together in fighting against HIV and AIDS. There is need for adequate information and education on HIV and AIDS to help reduce HIV infections. This Youth Month young people should learn to be responsible for their lives and those of the others and help stop the spread of HIV.