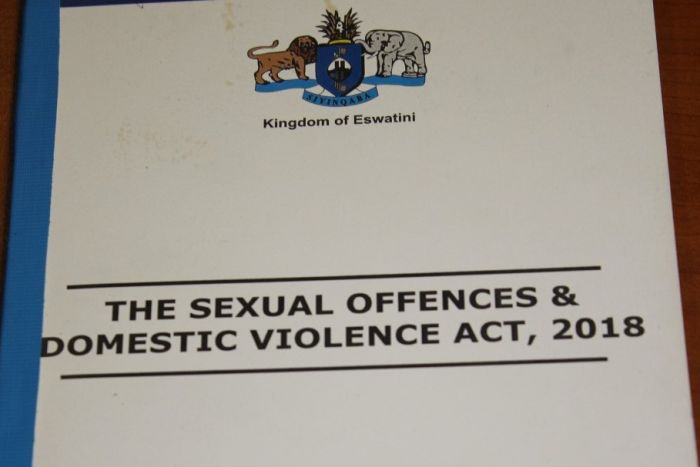 Manzini, 26 November: As the Kingdom of Eswatini joins the world in commemorating 16 Days of Activism Against Gender Based Violence, the Coordinating Assembly of Non-Governmental Organisations (CANGO) in Eswatini has hailed the country for coming up with the most comprehensive law to curb gender based violence.

CANGO is an umbrella body for non-governmental organisations in the country.

In 2018 the Sexual Offences and Domestic Act otherwise known as SODV Act was enacted into an Act. This Act according to CANGO has played a significant role in curbing domestic violence in the country.

However there are some people including legislatures who are against the Act.  This has seen Parliament being petitioned to review the Act. The concern among some members of society was that the Act seem to be focusing on protecting only women, some have even gone to the extent of stating that the Act is unconstitutional and it violates the Bill of Rights.  One Member of Parliament who has come out in the open to slam the Act is Princess Phumelele. The MP said it was wrong for Parliament to allow the SODV Act to be passed the way it was because it could spark domestic violence.

She was reported to have said it was wrong for women to be allowed to refuse their spouses conjugal rights yet it was their responsibility to do so. The MP is alleged to have said she wondered how the Act was passed by Parliament because some of the legislators were against it, seeing that they cause more violence as it would be difficult for men to accept that their wives would sometimes refuse to help them sexually.

The MP’s comments sparked outrage as human rights activists came out to defend the Act and expressed their disappointment on Princess Phumelele. CANGO Communications Officer Nkosingphile Myeni said it is very disappointing to see people challenging the SODV Act. He said the Act is one of the most comprehensive laws made in the country. Myeni said consultations were done countrywide before the bill eventually became to be an Act. He said the SODV Act seeks to protect everyone regardless of gender. He said it protects everyone’s rights.  Myeni pointed out that organisations continue to sensitize members of the public about the Act so that they can be clear about what it addresses. He said some organisations have even gone to the extent of providing simplified versions of the SODV Act.

Myeni said it is important for people to read the SODV Act so that they can speak from knowledge. He said as NGOs they want to scale up advocacy for the Act but sometimes they are limited by financial constraints.

Another incident which saw the SODV Act being put on the spotlight was the petitioning of parliament a resident of Dvokodvweni Inkhundla. The resident identified as Smanga Lukhele delivered a petition to parliament challenging the SODV Act on behalf of all concerned citizens in the country. Lukhele in his petition called upon the DPM’s office and the portfolio committee to conduct public hearings and find the views of the public on the Act. Lukhele said some views from legal experts were that the Act violated the Bill of Rights. This petition was challenged by human rights activists and other members of society.

Women and Law Southern Africa (WILSA) was one organisation which was on the forefront speaking against the petition challenging the SODV Act. WILSA National Director Colani Hlatjwako people challenge the act both because they do not understand it, and because of the strong patriarchal society that they live in.

She said the status of women as minors under Swazi Law and Custom, without the right to determine their own sexuality plays a large role in the misunderstanding of the SODV.

Hlatjwako said men and women likewise still hold the belief that wives do not have a right to refuse their husbands conjugal rights, and this leads to marital rape. Addressing the issue of Princess Phumelele who slammed the SODV Act Hlatjwako said it is disheartening that a whole MP and a Princess at that would challenge the SODV Act, not only because of her position and status in society, but also because she was a Senator in the Parliament that enacted the Act. “It begs the question on what exactly she was thinking or doing when the Act was being debated. She gives the impression that she was a mere passenger, endorsing anything the men (who are a majority) had agreed on” Hlatjwako stated.

She said this challenge shows that she is merely endorsing what men are saying about the Act.

Magistrates implicated in GBV cases a let down

The Coordinating Assembly of Non-Governmental Organisations (CANGO) in Eswatini has expressed disappointment on judicial officers who find themselves in the wrong side of the law in terms of gender based violence cases. Myeni said as CANGO they know the importance of the 16 Days of Activism Against Gender Based violence campaign and they fully support it. Myeni said it is disappointing to see judicial officers not upholding the same law they seek to implement.

Last month there were reports on both local publications about two Magistrates who were involved in cases of gender based violence. The two magistrates are both alleged to have assaulted their wives. Their cases are still being investigated by the police.

Sifisiso Nhlabatsi is a journalist from ESwatini. This story is part of the Gender Links 16 Days News series.

2 thoughts on “ESwatini: SODV Act most comprehensive law on GBV”

I’ve been with my partner for 13years with two kids boys. He has been against me going to work and has wanted me to be a stay at home mom. Over the years I’ve seen some changes he was been involved in numerous relationships with other ladies. Although we are still not married we are still together.. What do I do I want to leave hime and take my kids with me he has threatened to not help me financially I have no job I feel like I’m stuck and nowhere to go what can I do
Is he entitle to help pay me financially until iam stable to do it on my own

Kindly send the link for the ZOOM launch of the IWD today. Siyabonga