News South Africa: Even the work place is not safe for ... 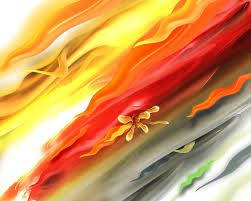 South Africa: Even the work place is not safe for women

Johannesburg, 8 December: In addition to providing income for women, work can pave the way for broader social and economic advancement, strengthening individuals, their families and communities. But work can also be a dangerous place. That is why we have Health and Safety legislation and a whole host of workplace inspectorates and industrial courts to protect employees from harm.

Sadly, Gender Based Violence (GBV) at work is often ignored in these frameworks and remains a hidden and neglected area of employee protection that is hurting many individuals and harming our economies. Given the breadth, depth and seriousness of the problem, why hasn’t there been serious action on workplace GBV so far?

The SADC Gender Protocol Barometer (2014) quotes Lisa Vetten, an independent gender researcher in an article published in Wits Business School Journal as saying, “few cases (of sexual harassment) have gone to the Commission for Conciliation, Mediation and Arbitration (CCMA) or the Labour Court. It seems that most women tolerate it or get a transfer.”

There are more women in precarious, low-income and informal work, where the mechanisms to prevent violence and exploitation are all but absent. Women are also overrepresented in occupations where workers are more likely to be exposed to violence such as domestic work, health, emergency, agriculture and social care.

In August 2014 South Africa made amendments to the Employment Equity Act to make it easier for employees to file complaints about sexual harassment or gender discrimination. It can still be a minefield for women in many countries who are subjected to abuse to get effective action that stops abuse and strongly corrects an institutional neglect of their concerns for their safety and comfort at work.

A 2014 KPMG report – “Too Costly to Ignore – Violence Against Women in South Africa” – estimates that GBV cost South Africa R28.4 billion and R42.4 billion in 2012/2013. Estimates of pain and suffering are not included in the analysis but costs that are include health, justice, and other service costs, lost earnings, lost revenues, lost taxes, and second generation costs, which are the cost of children witnessing and living with violence, such as increased juvenile and adult crime.

These wasted resources could for example fund over 200,000 primary school teacher salaries for one year or pay nearly a million engineering student fees.

When violence affects the profit margin, there should be incentive for businesses to lobby governments to work toward effective prevention strategies and also implement their own prevention and support programmes. Assuming a GBV prevalence rate in South Africa of 30% the proportion of the overall cost attributed to workplace GBV and therefore lost business productivity is over R2, 734,855,038. This makes it all the more puzzling why GBV at work has received so little serious attention from governments and employers over the years.

The International Labour Organisation (ILO) brings together employers, governments and trade unions globally to set minimum standards for industry. In its own June 2009 resolution which puts gender equality at the core of decent work, it describes GBV as a major global challenge to the goal of equality between women and men. However reaching a common accord to introduce an ILO Convention specifically mandating country action on GBV has been contentious.

Since 2009 some governments and trade unions have tried to get the issue on the annual agenda of the ILO – a first step in gaining a Convention. Strong resistance from employers has stymied each attempt. Some employers are fearful that a GBV Convention could see them pulled into the courts where they fall short of effective actions to protect vulnerable employees from GBV.

“There are a number of ILO Conventions that cover some aspects of violence against women, such as Convention 111 on Discrimination, Employment and Occupation (1958) which the ILO’s Committee of Experts has said includes sexual harassment,” says Chidi King, the head of the Equality Department at the International Trade Union Confederation (ITUC). But as King says, “we do not yet have a single instrument that covers the real scope of the problem. That’s our challenge.”

We also need to recognise that even when gender-based violence occurs outside the workplace, it still affects women in the workplace. For example, a perpetrator of violence may deliberately sabotage the victim’s productivity and diminish her work performance through stalking her at work, by repeatedly phoning, e-mailing or texting the victim during business hours, or by deliberately impairing her ability to show up at work or to arrive on time.

Simple, effective strategies can work when assertively practiced by employers and trade unions. For example workers must never be allowed to use workplace resources – such as phones, e-mail or other resources – to perpetuate abuse. They might also choose to assist their victimised employees through support services, or by educating managers about GBV and its effects at work.

Trade unions can protect women by negotiating for strong workplace policies and action against perpetrators. During the Sixteen Days of Activism we need to ensure that our alliances are broadened and deepened with women workers, their trade unions and also with progressive employers and governments to make sure that women workers can enjoy the fruits of equal opportunity, anti-sex discrimination and entrepreneurship opportunities that we’ve fought hard to achieve in recent years.

(Written by Trevor Davies, Steering Committee Member of Parenting in Africa Network (PAN) and Director of the Africa Fatherhood Initiative (AFI).This article is part of a special series for the Sixteen Days of Activism being produced by the Gender Links New Service).

4 thoughts on “South Africa: Even the work place is not safe for women”

I’ve been searching for this. I just want to help a woman who the security manager followed her in the ladies bathroom but nothing serious happened to him.

The poor woman is scared to take the matter to police. She think she can loose her job

She is a bouncer from Fidelity security service, currently working at the University of Pretoria. The security manager followed her in the bathroom but nothing happened.

Dear Ronald
Sorry to hear this.Is she able to talk to Human Resources to report the issue. You can also assist her to go to the police. Meanwhile you can also contact POWA 0115916803 for further assistance.

Hi
I am a concerned mother of a 26 year old daughter (mother of two kids), who was recently sacked from her job by a store manager. The problem started when she didn’t show interest in his sexual advances. He has been sabotaging her productivity, not giving her day-off’s,acting rude to people who visit her at work, whilst others can have visitors as long as they don’t interfere with work (if they choose to take lunch in) takes her entitled leave days, etc, etc. My daughter developed big pimples due to stress, and nothing she does can ameliorate them.

Finally he has sacked her for not making her monthly target, yet she has taken 7 days leave off, because she seldom gets her share of day offs’. And because she was entitled to it, he had to find something else. uestion is, how do you become productive, if you’re on leave, comparing her to others who hve made their targets, yet she always makes more than others.They shared similar experiences from him, making advances etc, etc and if you refuse, you’re either Ill treated or sacked. This is an age old thing in their place from this foreign national.

At some stage they were all complaining about his (manager) treatment. So it happened that he made my daughter sign a notice ( among the many she has been made to sign but they eventually expire), at which point she decided to report him t head office. They convened a meeting, and asked everyone in the open to say what sexual harassment they can report about him. Silence,none said a word. My daugheter begged them to be upfront, because she had taken the initiative to report everything, and all they needed was be supportive, nothing.

So, to cut the chase, head office turned around and went to the guy and said all that my daughter had said and complained about. so since that day, he’s had a field day, everyday with my daughter, until he finally got rid of her.

when asked to go to CCMA she says she’s better off, and wont challenge his decision, because HE HAS MADE HER SUFFER A LOT. She ‘s reluctant and has voiced her distrust on how the case may be handled.

I also left work under similar circumstances ( racially based though) in a government dept,and am still unemployed with a Masters degree, so I understand her predicament.

Thanking You In Advance

Comment on South Africa: Even the work place is not safe for women Cancel reply