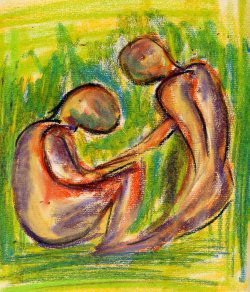 Johannesburg, 25 November: When my poem Something Other was published, my family and I went out for dinner to celebrate. At the dinner table, someone turned to me and asked how I was able to write a poem about rape. I looked at him and said, “When I was eleven, I was sexually abused by a family member.” An uncomfortable silence ensued.

There should not have been an awkward silence, but this demonstrates that a person who has been raped, abused or violated could very well be sitting right next to you, yet no one talks about it. The cold, hard truth of the matter is that gender-based violence (GBV) is everywhere. We need to acknowledge that when we look at our family, friends and colleagues, statistically speaking, half of them have been subjected to GBV- more often than not, in their homes perpetrated by intimate partners and family members.

We seem to think that rape and abuse have correlates: that it only happens to the poor, the weak or women and girls who were “asking for it”. We tell women that they “allow” themselves get “stuck” in abusive relationships. In short, society tells millions of people who have been abused that, that they are to blame, and that it is a dark and dirty secret that they should never confront.

I spent eight years convincing myself that it was all a bad dream, and I am not alone in that response. I started writing as a means of dealing with the sudden realisation that it wasn’t just a nightmare, but a reality. Poetry provided a great platform for release and Something Other, for me, is a poem about how any instance of abuse is damaging. But women who have read and listened to it, identify with it differently also reflecting on their feelings of insignificance, having to keep a secret and other stories they’d never been able to put into words. But one doesn’t have to be a writer or poet to tell this story.

Nothing changes until it’s understood and nothing is understood until it is out in the open. Talk about GBV, don’t let the topic remain a passing complaint about this ‘far away’ danger. Stop the victim-blaming and start showing the world that the wrong people have been ashamed all this time. The best way to change the world is to change people’s minds. Activism implies action and action starts with conversation. Don’t leave it up to the poets, the activists and most certainly not the politicians. Educate yourself, your friends and family. That is the best of its kind- an everyday activism.

Rochelle Jacobs is studying at Stellenbosch University. She hopes to pursue a career in gender and development, while continuing with writing and poetry. Jacobs aims to publish her first novel next year. Her poem Something Other was published in the Sol Plaatje EU Poetry Anthology Volume IV after she won runner-up in the Sol Plaatje Poetry Awards. This podcast forms part of the Gender Links News Service Sixteen Days of Activism special series, bringing you fresh views on everyday news.