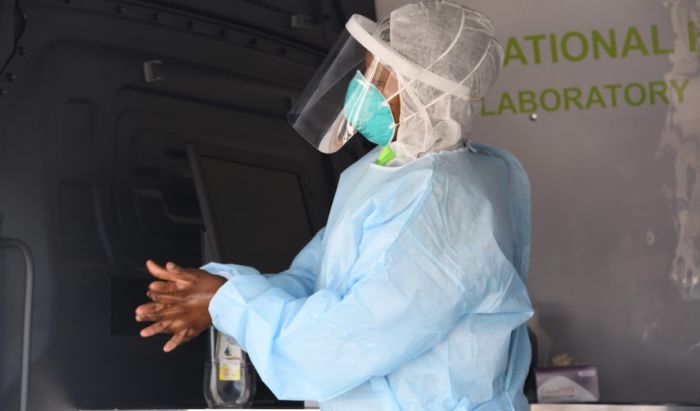 Johannesburg, 5 August: In most of the world, more men than women are infected by, and die as a result of, COVID-19. In South Africa, a pandemic that started with these gender metrics has taken an about turn. Women are now more infected and affected by the deadly pandemic.

The Lancet Gender and COVID-19 Working Group suggested that this could be because across the globe more men smoke cigarettes than women, making them more susceptible to the respiratory complications in corona viruses.  Research showed that women could have stronger immune responses to corona viruses, possibly linked to higher levels of oestrogen and having two x chromosomes.

These shifts suggest that although biologically women might be less susceptible to the virus, there are strong social reasons why the gap is closing and – in the case of South Africa – the tables have turned.

Across the world, women constitute 75% to 80% of health care workers. According to UN women COVID-19 infections among female health workers are twice that of their male counterparts, in Spain, Italy and the USA – countries with some of the highest prevalence rates. Women also dominate in care occupations that have a higher level of contact such as the hospitality and retail industries; care for the elderly and domestic work.

In South Africa, women have higher levels than men of the three comorbidities now strongly associated with those worst affected by the virus: diabetes, hypertension and obesity.

Globally and in South Africa, the gender gap in the long term impact of the pandemic continues to widen. Women comprise 39% of global employment but account for 54% of overall job losses as a result of COVID-19.  Women in South Africa accounted for two million (two thirds) of  job losses between February and April.

These and other alarming statistics can be found in National Income Dynamics Study (NIDS) Coronavirus Rapid Mobile Survey, a telephone survey of 7,000 households to measure of the impact of Covid-19 on jobs, hunger and poverty, which highlights the disproportionate effect this pandemic is having on women and other vulnerable groups.

The gendered nature of work and increasing burden of unpaid care work act in concert to disadvantage women even further.  Women dominate in some of the sectors that have been hardest hit by the pandemic, including the tourism and hospitality sectors.

Women are also more likely to work in the informal sector, where many have lost their livelihoods because of not being able to conduct their business during lockdown restrictions. As a result hunger and poverty has increased, with half of all respondents (47%) in the NIDS rapid mobile survey,  saying that their household ran out of money to buy food in April and one in five (22%) reporting that someone in their household went hungry in the last seven days.

Surprisingly two thirds of Covid-19 grants (65%) have been paid to men.  Ironically, because people who receive other grants (the majority of whom are women) are not eligible for the new COVID-19 grant, women are now at a disadvantage when this help is most needed. For example if women receive the child grant support (CGS) that has been topped up by R500 for the caregiver, they are then ineligible for the new COVID-19 grant.

Not factored anywhere into the equation is the increased burden of care work that women are carrying as a result of the pandemic, including caring for or home-schooling children, caring from the sick and elderly contribute to women dropping out of the labour market completely.

The lock down restrictions have once again highlighted the crisis we have with Gender -Based Violence, particularly Intimate Partner Violence.

According to South African Police statistics violent crime decreased during the first period of lockdown. Cases of reported domestic violence dropped 68,4% from 21 033  for period 27 March to 21 May 2019  to 6 651 cases for the same period in 2020.

These statistics don’t take into account cases not reported because of the inability to leave the home or make contact with support structures.  The 2,300 complaints in the first three days of lockdown from 27 – 31 March is 14% of the 15,924 calls received for the three month period January to 31 March, or nearly three times the rate prior to lockdown — showing that violence against women had gone up not down.

What is telling is that following the easing of lock down restrictions on 1 June 2020 there has been a spike in cases of femicide, with a list of more than 400 women killed by men going viral on social media. Some of the horrific murders include an eight month pregnant woman Tshegofatso Pule, stabbed  in the stomach and hanged from a tree; Naledi Phangindawo, stabbed in her car by her ex-boyfriend and Sanele Mfaba, dumped by a tree in a Soweto township, to mention just a few.

In his address to the nation on 17 June, President Cyril Ramaphosa dubbed GBV a second pandemic. Gender activists started the hashtag #FemaleLivesMatter. Like the HIV and AIDS pandemic that preceded COVID-19, we are reminded that gender remains the fault line of just about every crisis that afflicts us. There can be no long term solutions to COVID-19 unless the underlying gender discrepancies that the virus preys on are simultaneously addressed.

Susan Tolmay is the Governance and Justice Manager, and Colleen Lowe Morna CEO of Gender Links.