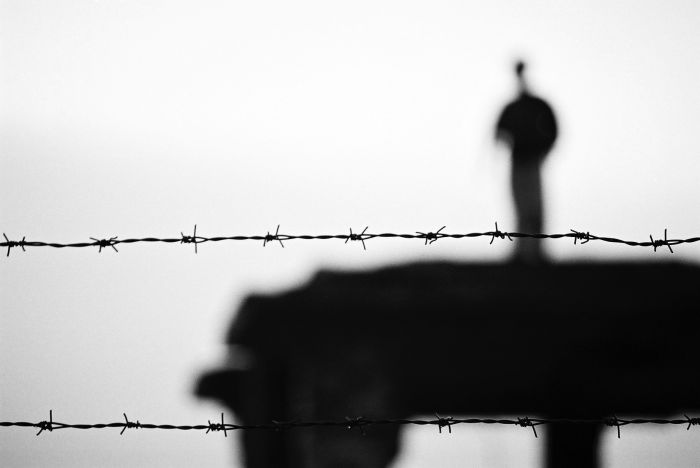 Johannebsurg, 21 March : Rape is a horrific crime, and its effects are devastating whether it is committed at home, in the community, or in prison. Many rape survivors – including those assaulted in detention – often suffer shame, anxiety, and depression; they are also prone to contract sexually transmitted infections, like HIV.  One of the most difficult aspects of life in prison is not having any control over one’s environment. Prisoner rape survivors are regularly forced to see, or even share a cell with, their perpetrators — reinforcing their trauma.

In his hit song Usisi Rose, musician and former inmate Freddie Gwala laments the pervasiveness of prisoner rape, singing “Ejele bokwenz’ usisi Rose (In jail they’ll make you sister Rose). The song was released in 1998, but this violence remains widespread today — and in men’s prisons, the name Rose is still used to denigrate rape survivors or anyone who can’t live up to the hyper-masculine demands of the prison environment.

Upon release, survivors often fail to access the support they need and deserve, as rape crisis services are often not designed to serve men or former prisoners. The devastation of sexual abuse behind bars extends far beyond the survivors themselves, to their loved ones and their communities. In a given year, roughly 360 000 people are released from South African prisons. Many of them carry untreated trauma from their prison experiences, which make it especially difficult to reintegrate and live healthy, productive lives. Prisoner rape also carries a steep cost to taxpayers — the national government pays millions of rands in compensation to the few survivors who dare take legal action.

But even if prisoner rape cost nothing  and even if its impact did not extend beyond prison walls — it would still constitute a crisis that demands our urgent attention. A 2007 survey by the Judicial Inspectorate for Correctional Services — an oversight body that reports on detention conditions and the treatment of inmates — found that nearly half of all surveyed  inmates reported that sexual abuse happens “sometimes”, “often”, or “very often”.Indeed, during a recent training by my organization, Just Detention International-South Africa, one correctional officer admitted that, “sexual abuse is probably happening right now”, the sense of despair is clear in his voice.

Whilst anyone can be raped in prison, some people are targeted more than others.  Inmates who are young, poor, small in stature, disabled, non-violent or in prison for the first time are highly vulnerable. Prisons are hyper masculine environments, where homophobic and transphobic views prevail and anyone seen as not sufficiently “manly” — because they are gay or transgender, or are perceived to be — are routinely targeted. Once a prisoner has been raped, he is considered to have lost his “manhood”, while the perpetrator is viewed as retaining his masculinity. Hundreds of thousands of inmates who are released back into our communities every year — be they rape victims, perpetrators, or those who have witnessed this violence — have been schooled in the notion that sexual violence is a hallmark of manhood. This warped perception adds fuel to the raging crisis of gender-based violence that harms women and girls.

The good news is that sexual abuse in detention is preventable. Prisons that have strong, committed leaders can uphold their duty to protect the safety and dignity of people in their care. Thanks to years of advocacy by JDI-SA and its allies, in 2013 the Department of Correctional Services (DCS) formally adopted The Policy to Address the Sexual Abuse of Inmates in DCS Facilities. The policy is rooted in human rights principles and spells out concrete steps to detect and respond to sexual violence. On Mandela Day in 2017, JDI-SA partnered with DCS to start training officials as a first crucial step to roll out the policy across the country.

We have come a long way since Freddie Gwala’s Usisi Rose. There was no policy to address the problem back then, let alone an organisation dedicated exclusively to ending rape in detention. Our progress is worth celebrating, but it represents only the very beginning in the effort to stop sexual violence behind bars and to ensure that  all survivors in South Africa get the help and support they deserve, no matter who they are and where the abuse takes place.

Prince Nare is the Co Director at Just Detention International – South Africa.  For more details contact the organisation on  +27 (11) 483 0989