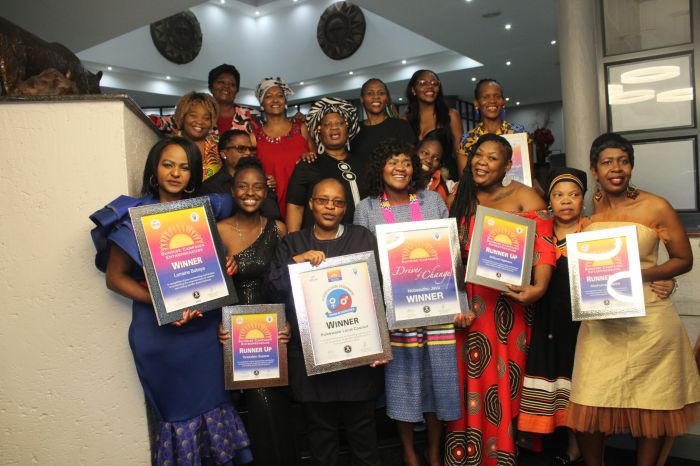 The summit which happened in the backdrop of the Sixteen Days of Activism  brought together women entrepreneurs, men working as partners to prevent gender based violence, journalists as well as local authorities  to showcase good practices in their line of work.

The summit is a culmination of  work that Gender Links has been undertaking in on ending violence against women supported by the United Nations Trust Fund.

The summit was the second one that GL hosted this year following another successful summit  that took place in Zimbabwe which focused on Gender Responsive Budgeting.

A panel of 10 judges adjudicated  presentations from submissions made for the summit. GL received a total of 142 entries for the summit. Entrepreneurs submitted 106 entries, Drivers of Change submissions 27entries, Media 5 and Local Government Councils had 4 entries

Each category had a winner and runner up except for the media category. The judges recognised  seven winners including three winners and four runner ups from the aforementioned  categories. All  the winners were women.

Judges commended all the organisations and individuals on their outstanding work and encouraged them to continue pushing boundaries towards ending Gender Based Violence in South Africa.

For more information, on the South Africa Summit and Awards please contact Naledi Masipa South Africa  on samanager@genderlinks.org.za or call us on  0823716532.