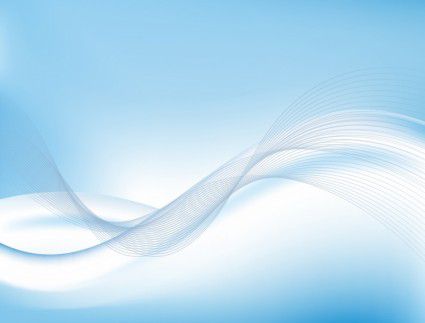 Port Louis, 10 December: “Yes, I am transgender! Where is the problem? Why should people look down upon me? Yes, we organise gay pride march every year, why should be media choose to put only downgrading pictures?”

During the Sixteen Days of Activism Gender Links Mauritius brought together a diverse range of people with different identities and challenges. The handicapped, the blind, the deaf, survivors of GBV, LGBTI persons, councillors and journalists interacted openly.

This rainbow gathering helped to better understand how to change mind-sets, how to make voices heard and how the media can be part of the solution. The LGBTI group want to break the silence and make their come out but they need more than their own organisations to be able to do that. They need the media as partners.

Human Rights Day – 10 December – is a day to speak up and speak out in favour of diverse and inclusive societies. One thing is to tolerate diversity. Another is to celebrate the rainbow that is in every nation. Denial and prejudice are stifling. Acceptance and celebration are liberating. They are a recognition that – as famously stated in the Un Declaration of Human Rights – rights are indivisible.

All over the world and even more so in Mauritius LGBT (Lesbian, gay, bisexual, and transgendered) people continue to experience various forms of oppression, discrimination and violence.

In some countries there have been social, legal, and political advances in an attempt to grant LGBT people basic human rights. Our next door neighbour South Africa has the most progressive law. In South Africa the protection of LGBT rights is highlighted in section 9 of the Constitution, which forbids discrimination on the basis of sex, gender or sexual orientation.

The Constitutional Court has ruled that this must also be interpreted as prohibiting discrimination against transgender people. South Africa is the first nation in the world to explicitly prohibit discrimination based on sexual orientation in its Constitution.

Unfortunately even with such progressive laws, lesbians experience horrific violence as a result of “corrective rape”. For example, Gift Makau, was recently raped, strangled with wire and a shoelace and found dead with a hosepipe shoved into her mouth.

In Mauritius Non-Governmental Organisations fighting for the rights of LGBT persons are now able to register officially. They have been actively engaged against the psychological and social impact of oppression, rejection, discrimination, harassment, and violence.

But we still have a long way to go. In September of this year, the media reported the case of a young transgender person arrested at the police station and forced to take off his clothes and walk in from of the police officers. The case is now in the hands of the Human Rights Commission.

In April 2007 a Sexual Offences Bill in the Mauritian Parliament brought heated debate from both sides of the house, as well as protests from religious leaders and professionals. Amid the outcry, the then speaker tasked a Select Committee to look into the Bill in detail.

The Select Committee appointed to look into the Sexual Offences Bill never came out with its recommendations. The Government of the day is planning to revamp the Constitution. We hope that they will use the Constitution of South Africa as a model so that LGBTI can enjoy their full human rights. It is only then that we will know that the proof is in the pudding and women, children, gays, lesbians, sex workers and the most vulnerable will feel safe in Mauritius.

Often persons with diverse gender identities face slurs, rejection, violence and discrimination not only by the society but by family and friends. Sexual orientation covers sexual desires, feelings, practice and identification. The LGBTI are human beings like us and they too have their sexual desires and feelings that they must be able to enjoy.

I hope that 2016 will be a better year for LGBTI persons to be able to enjoy their full human rights with proper legislation. In Mauritius, a revised Sexual Offences Act is urgent. In the name of the thousands of victims, can’t we for once put aside our political pettiness, our prudishness and our puritanism and ask that this question be sorted out quickly?

(Loga Virawsahmy is the Gender Links Board member in Mauritius. This article is written in her personal capacity as part of the special series on sixteen days of activism against gender based violence)