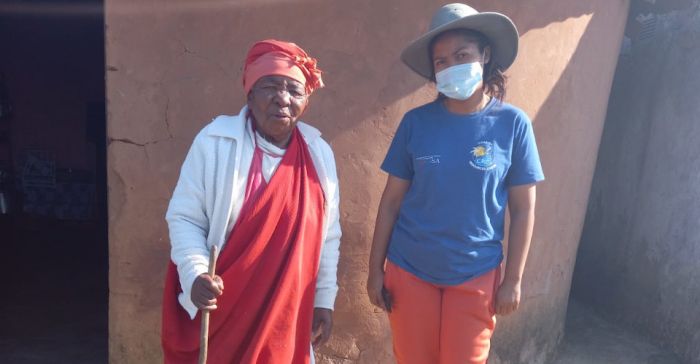 Vaccine apartheid will prolong the pandemic

Johannesburg, 14 July: As many countries in the north start to open up for summer holidays, with lockdown restrictions being eased, South Africa, and most of Africa are going back into harder lockdowns. The reason for these starkly different realities is in large measure due to unequal access to vaccines.

With the third wave, driven by the more transmissible Delta variant, ravaging South Africa and other parts of Africa, what we need now is equal access to vaccines.

The two main reasons for this inequality are vaccine nationalism, which has seen rich countries in the global north hoarding up to six times the vaccinations they need for their populations; and what can be summed up as corporate greed with pharmaceutical companies refusing to waive patents and share science and technology on vaccines and related products to increase global manufacturing.

These approaches are short sighted. With a constantly mutating virus, for everyone across the globe to be protected, 70% of the entire global population needs to be vaccinated to create herd immunity: not just the relatively sparse populations in the global north. As the virus mutates there is the chance that vaccinations will be less effective against the new variants. This will result in waves of the pandemic ebbing and flowing across the globe with ongoing loss of lives and livelihoods.

The COVID-19 Vaccines Global Access (COVAX) initiative that aims to ensure equitable access to vaccines has not proved to be very effective, with only a small portion of vaccines having been supplied to African countries, even after they have procured these vaccines, as is the case in South Africa.

Forty-two African countries have received vaccine doses just through the COVAX facility and 35 countries have also entered bilateral agreements. According to the Africa Centre for Disease Control and Prevention (CDC) 76% of the total supply to African countries thus far has been administered, but this has covered just three percent of the African population. The COVAX facility will reach 20% coverage at best and nine out of 10 people in most low and middle-income countries are set to miss out this year on vaccines.

Countries that have entered into bilateral agreements with pharmaceutical companies, and have not depended solely on COVAX, have a higher roll out rate. Aside from Seychelles, which has administered one vaccine dose to 73% of its population, no other country in the SADC region has reached double figures yet. Botswana comes a far second with 7% of its population partially vaccinated, followed by South Africa with 6% of the population partially vaccinated. Other countries, including Lesotho, Mozambique and Zambia and vaccinated less than 1% of their populations.

South Africa’s vaccine rollout got off to a slow start but has picked up pace over the last month, with one million of the 4,2 million doses administered over the last seven days. In his address to the nation on 11 July 2021, President Cyril Ramaphosa reported that nearly 190,000 people are being vaccinated each week day. He also announced that there would be increased capacity so that vaccination sites cites can operate six or seven days of the week.

Ramaphosa also announced boost for the vaccine roll out in South Africa and the African continent through an agreement reached between the African Union and the European Union to significantly improve the supply of vaccines. Through the agreement, Aspen will be delivering over 17 million Johnson & Johnson vaccine doses to South Africa and other African countries over the next three months, commencing in late July. But this is far from sufficient to cover a continent of 1,3 billion inhabitants.

In addition, Ramaphosa told the nation that “there is a commitment by Johnson & Johnson to adapt the current arrangement so that we can produce the vaccine in South Africa under license rather than under contract, resulting in our country and the continent having control over the vaccines. We are negotiating that in time the drug substance itself would be produced here in South Africa, so that we have a fully-owned African vaccine manufactured on African soil in a number of countries on our continent.”

South Africa is set to have received enough vaccines for the entire population by the end of the year. The country has secured 31,253,600 doses of the single-dose J&J vaccine which will be administred in mostly rural areas and the 31,393,450 of the two-dose Pfizer vaccine for use in metros. The hope that 40,4 million people (70% of the population) will be vaccinated by March 2022.

In order for the roll out to happen in a fair and equitable way the special needs of vulnerable groups, such as migrants, sex workers, homeless people, LGBTQI people, need to be taken in account in the roll out plan. There is also a need for all vaccination statistics to be disaggregated by sex to ensure that there is equitable gender distribution of vaccinations to track side effects and to show the differential impact of the vaccines on women, men and gender non-conforming.

While South Africa’s prospects look positive, this is not the case for many countries on the African continent. With countries such as the UK now considering administering a third “booster” dose of the vaccine, the call for a #People’s Vaccine is more urgent than ever. It is a race against time to have a vaccine available to everyone, everywhere free of charge.

(This article forms part of the Gender Links News Service. Susan Tolmay is a GL Associate and author of several chapters of the forthcoming 2021 #VoiceandChoice Barometer. To read more on the #VaccineGenderJustice campaign go to http://www.wvlsa.org.za/ If you believe that everyone, everywhere should have access to COVID-19 vaccines, tests and treatment, take action for a People’s Vaccine)

Comment on Vaccine apartheid will prolong the pandemic Cancel reply