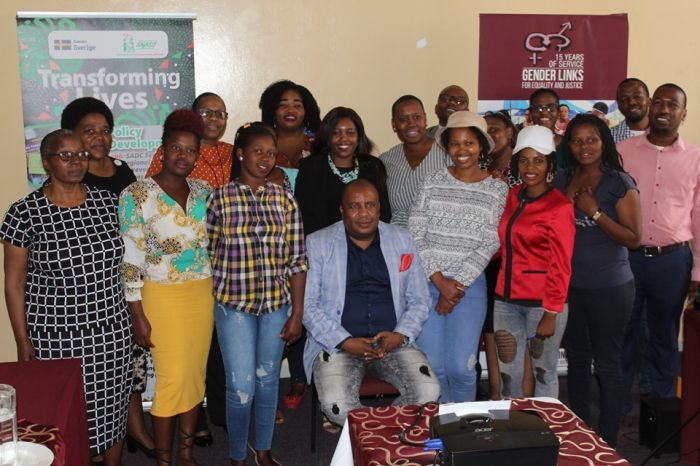 As we commemorate ISAD 2019, SAfAIDS urges policy makers to exercise their obligation of ensuring policy spaces facilitate access to safe abortion by ALL women. Policy makers have an enshrined duty to enable adolescent girls and young
women to enjoy their fundamental right to freedom of choice, autonomy, and physical and psychosocial wellbeing. Beyond moralization and judgement; denial of access to safe, legal and unrestricted abortion services is a direct contradiction to the pursuit of Saving Lives, Preserving Dignity and the Human Development agenda of all States. A win-win is enjoyed by both States and their communities and populace, where safe abortion access, and contraceptive access, is effected. More girls and young women completing their education, less women dying due to unsafe abortion related complications, lowered burden on health economies, and increase in young women contributing to socioeconomic development of their communities – are among the bigger picture wins, pivotal to this SRHR advocacy agenda.” Ms Rouzeh Eghtessadi, Acting Executive Director, SAfAIDS.

According to a Guttmacher Institute (2017) report, an estimated 8.2 million induced abortions occurred each year in Africa between the years 2010 and 2014 compared to 4.6 million in the 1990 to 1994 period. At least 15% of all pregnancies in the region end up in an abortion, with the highest number of deaths relating to abortion globally being recorded on the continent, where an estimated 3.9 million unsafe abortions take place annually among girls aged 15-19 years, leading to deaths and lasting health problems. Unsafe abortions and their complications are a major cause of maternal mortality. The risk of a woman in a developing country dying from complications of unsafe abortion, during her lifetime is about 33 times higher compared to a woman living in a developed country; with nearly 70,000 women die each year. The majority are young unmarried women, who often face difficulty in accessing contraception and eventually resort to unsafe abortion. Almost all complications and deaths from unsafe abortion could be prevented if safe abortion were accessible, affordable and available in confidential and stigma-free
environments.

A regional rapid assessment conducted by SAfAIDS (2019) in 16 SADC Member States illustrates that 14 out of 16 States have restricted laws for provision of safe abortion, and in the same States maternal deaths due to unsafe abortion is as high as 30%.

This year’s ISAD theme, “Abortion is Healthcare” is timely and fitting, to emphasize and reaffirm the global sexual and reproductive health and broader public health sector’s commitment to effectively addressing consequences of unsafe abortion
including high incidence of maternal mortality, morbidity and disability. This year’s theme is relevant to the global efforts aimed at advancing SRH rights though Universal Health Coverage, Sustainable Development Goals, and ICPD+25. At the
SADC level the theme aligns with the SRHR Strategy (2019-2030). Providing access to safe abortion has a direct benefit of keeping the girls in schools and achieving SDG4, reducing inequality and contributing to national development. Provision of
safe unrestricted abortion services has proven to contribute to macro-economic development.

SAfAIDS joins like-minded stakeholders in commemorating ISAD2019, by calling on SADC Member States to address restrictive policies for provision of safe abortion services. SAfAIDS has amplified this advocacy agenda for adolescent girls and young women, through a Regional “My Choice: Our Choice” Campaign on Ending Unsafe Abortions. To commemorate ISAD 2019, SAfAIDS is collaborating with Gender Links under the banner of the SADC Gender Protocol Alliance to amplify and increase national and regional deliberative advocacy for removal of policy restrictions to access safe and legal abortion SADC.

We are hosting a series of roundtable meetings in 14 SADC countries from 30th September to 11th October 2019, in line with the vision of the SAfAIDS Regional “My Choice: Our Choice” Campaign, #VoiceandChoice national campaigns and
the theme of ISAD2019: “Abortion is Healthcare.”