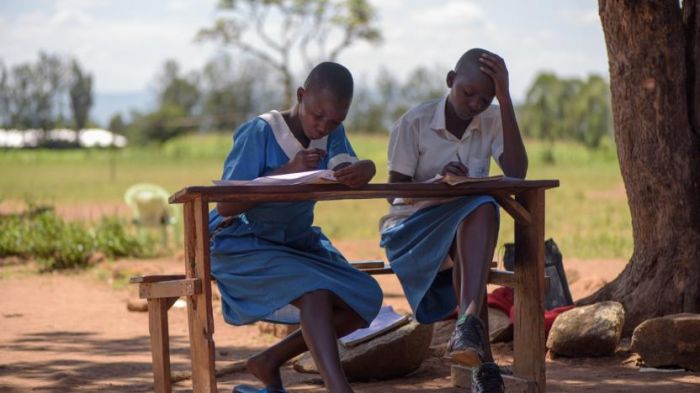 Tunduma, 26 December: Teenage pregnancies continue to be a challenge and a huge obstacle for girls to further their right to education, this is particularly true for border areas and centers of Commerce in Tanzania.

This is due to many factors that threaten the safety and wellbeing of young girls at home or at school.  Some times it is caused by the lack of dialogue between parents and the children in their care. Many young girls do not recognise ways to protect themselves or to handle sexual health related issues.

According to the Department of Youth Development, teenage pregnancy in the country increased from 23 percent in 2010 to 27 per cent in 2017. This is believed to have been triggered by the lack of adequate sexual health education and services.

Girls who fall pregnant early are often subject to loneliness and isolation. They often have to bear the weight of a new responsibility and the psychological effects it brings.

Each year, thousands of Tanzanian girls get pregnant. Most of them are from poor households and communities are negatively affected. Statistics from the ministry of health, social development and gender, show that girls who fall pregnant are usually between the ages of 15 and 19.

There are several reasons for an increase in teen pregnancies in Tanzania. These include gender-based violations, poverty, lack of information about sex and procreation, and lack of access to sexual health services such as family planning services.

These commercial cities also breed violence, poverty and high levels of gender based violence.  Traders, drivers of trucks, bus drivers and many other merchants, frequent these cities.

Business people in these border towns often sexually engage with young girls by using money to lure them. This usually results in teen pregnancies and even sexually transmitted diseases including HIV/AIDS

To eliminate these problems, there is need to improvement business policies and the safety of girls in border towns. Parents and teachers should ensure that female children are protected and taken care of.

It is important to formally increase sexual and reproductive health lessons in the curricula of primary and secondary schools. This would ensure young people have access to health services in areas where they live and help prevent teenage pregnancy, AIDS, and sexually transmitted diseases.

Similarly, considering that health facilities are currently not accommodating to teenagers who are sexually active, it is important that qualified staff be made available to provide health services and ensure that education and information on sexual and reproductive health are available for young girls and those with disabilities.

George Mapunjo is a freelancer from Tanzania.This article also appeared in Tanzania Daima Newspaper of November 29, 2018 This article is part of the #VoiceandChoiceCampaign

Hello,
Please could you state the source of this data and information and provide some comparative stats between border areas and other parts of the country – is this trend reflected in other border towns around East Africa? What is being done about it?

Hello, I too would be keen to find out the source of this data and any further information regarding this study. I’m currently undertaking research on sexual and gender-based violence in Southern African border communities so a source would be very helpful.