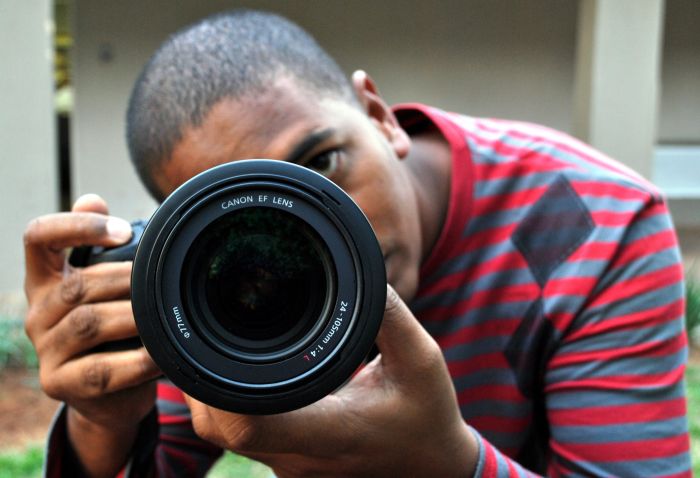 Dar es Salaam, 8 December : Although it is ten years now, memories are still fresh as if it happened yesterday. A  number of questions floods into her head; What could I have done in such a dilemma? Where and to whom could I have approached to report my case? Would they have believed my story given the fact that the person involved in the case was powerful, influential and financially stable?

Ten years ago, Jema Dema*, a young female journalist, received a call from an editor of a media house where she had sent her application. He asked her to meet him in the evening at a hotel to discuss her appointment. After arriving at the hotel, she found herself in a situation where she was forced to choose between sleeping with her boss to secure a job or refuse and miss the chance. She had been job hunting for a year.

Though shocking, Jema`s story is neither new nor unique in Tanzanian media sector and the situation is mirrored across the world. Most women journalists have gone through different kinds of abuses, humiliation and intimidation in order to secure things such as employment, promotion, training opportunities, travel opportunities and many other treats.

How big is sexual harassment at work places

Just like Jema, many sexual harassment victims do not report and continue to suffer in silence due to several factors, lack of defined reporting procedures or mechanisms being one of them.

According to the 2018 Women in News Sexual Harassment in the media guide, besides lack of reporting system, other factors behind non-reporting of sexual harassment are; lack of faith in the organisation’s management, fear that reporting would negatively impact the participant’s job, shame/embarrassment, fear of not being believed, fear of being seen as a troublemaker and victims not wanting to be negatively labelled.

One female journalist whose name is withheld due to ethical reasons explained that for all the eight years she has worked as a correspondent, she has been experiencing sexual harassment from her superiors and that she never reported because she was afraid of losing the opportunity of working for that particular company.

“When you are working as a correspondent, your survival depends on the number of stories published, no story no food on your table. That is why many of us decide to put up with all the humiliation in order to have media outlets to publish our works,’’ she said

Another female journalist said after she was harassed, she told one of the company`s senior journalist but the response she got was very discouraging to the extent that she decided not to report the case.

“The tendency of some male bosses to protect one another is a major problem in the media. The moment you tell one boss about what was done to you by his colleague, they start waging a war against you and this discourages those harassed to make complaints,’’ said another female journalist.

“Don’t act like a child… why don’t you give him what she wants…overall it won’t be your first time to do it,’’ these are some of the words one female journalist claimed to have been told by editor when she tried to inform him about the harassment she has been receiving from a colleague.

“Going through harassment is worse on its own but the worst thing is when you find yourself alone, with no one to tell you that it was not your fault and show you the way to report whoever is involved,’’ said Dr. Joyce Bazira, Women in News Tanzania Country Coordinator.

Speaking about the danger of sexual harassment cases not being reported, Managing Editor for Nipashe newspaper, Beatrice Bandawe said silence makes it difficult to understand the scale of the problem.

Just like Jema, some victims of sexual harassment are not aware of what they should do when they are sexually harassed neither are they aware that anybody even the powerful, influential and wealthy are not above the law if they sexually harass anyone.

A number of journalists interviewed confessed that their media houses have no procedures to enable employees who are harassed to file their complaints.

Speaking about why it is important for media organizations to have some defined procedures, Joyce Shebe, Chairperson for Tanzania Media Women Association, TAMWA said a defined procedure will encourage women and men who are harassed to come forward and report the harassment but it will also send a strong message to perpetrators that if they harass anyone, they will be reported and punished in accordance with the law.

According to the 2018 Women in News Sexual Harassment in the media guide, complaints may be informal or formal depending on the severity of the case. When the harasser is likely to stop their behaviour if confronted, only an informal complaint which involves a facilitated dialogue between the person being sexually harassed and the harasser will be made.  However, when the harassment is severe, the guide indicates that a written formal complaint can be made to a person with responsibility including immediate manager, organisation human resources manager

“Having reporting procedures alone is not enough, media organizations need to ensure such complaints procedures are clear and are known to all employees, so that when one of them encounter any kind of harassment knows procedures to be followed and who to report to and when appropriate actions are not taken, what further steps she or she should take,” says Abraham Nyundo, Chimbua Communication Project Coordinator.

Esther Sentozi, a legal expert focusing on gender issues said protections against sexual harassment in the workplace are written into law. In Tanzania, The Employment and Labour Relations Act, 2004 calls sexual harassment a form of discrimination, prohibited it and provided for a penalty of fine not exceeding five million shillings. The Sexual Offences Special Provisions Act, 1998 also criminalizes sexual harassment and anybody convicted of such offenses in liable to be punished with imprisonment of not less than 30 years with a corporal punishment.

*Jema Dema not her real name

Sabina Ntobi is a journalist from Tanzania  This story is part of the GL News and Feature  Service Sixteen Days of Activism News series.