News Lesotho’s need to include SRHR in its curric... 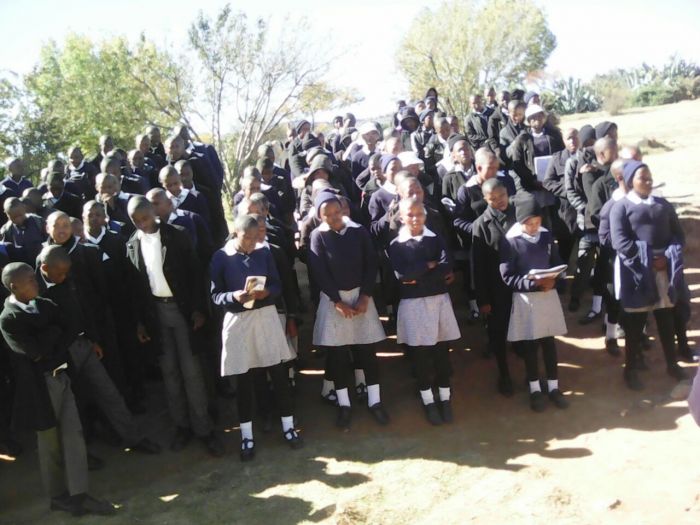 Lesotho’s need to include SRHR in its curriculum

Lesotho: According to Ministry of Health 2014 study Lesotho has the second highest prevalence of HIV in the world at 25%. Prior to the 2014 Health survey, Lesotho had the third highest prevalence at 23 percent. This means instead of decreasing, the Lesotho HIV/AIDS statistics has escalated.

The HIV/ AIDS statistics is cause for concern as it affects mainly the young population. It is for this reason that the Government of Lesotho (GOL) through the Ministry of Education and Training (MoET) introduced Life Skills Education (LSE). According to Khau (2012), LSE was introduced in 2007 as a “niche for sexuality and HIV/AIDS education.” This introduction meant that teachers in the rural areas should play a central role in HIV prevention.

Additionally, the UN Interagency Task Team for young people in the Eastern and Southern Africa (ESA) region has, since 2010 supported Ministry of Education in its region on the development and effective implementation of life skills-based HIV education programmes (UNESCO, 2015).

However, in Lesotho there is a lack of understanding when it comes to what Comprehensive Sexual Education (CSE) entails. The general understanding is that CSE is HIV or Life Skills.

It is thus imperative to give a working definition of what CSE is among Lesotho teachers. Sida (2016) describes CSE as “part of the overall efforts within Sexual Reproductive Health Rights SRHR, and should ideally be integrated in school curriculums and policies at different levels.”

In an effort to integrate the CSE principles into its curriculum, the MoET ensured that Life skills is integrated into the primary schools curriculum while it is a standalone subject in secondary schools (ESA, 2014).

A study conducted by Rakolobe (2017) discovered that the Lesotho education Sector HIV and AIDS Policy of 2012 was not being implemented in the schools that were under investigation. Schools failed to implement this initiative because MoET’s did not disseminate the policy to the schools. Some of the teachers that were asked about the policy were oblivious to its existence making it difficult to be implemented.

The Curriculum and Assessment Policy 2009 lays the foundation for the syllabus and learning areas. It is also the underlying policy that informs the Life Skills syllabus. It is in alignment with this policy that the Grade 8 syllabus proposes under Theme 1 as an example that students should be taught Life skills such as self-awareness, self-esteem, interpersonal relationships and critical thinking. The understanding is that these skills will help the students be aware of themselves and those around them.

The syllabus under Theme 1, recommends the teaching of values and attitudes such as self-respect, respect for others, responsibility and integrity. These values are in line with the Basotho cultural and religious practices.

In order to practically implement these objectives and to ensure the practicality of Life Skills Education in the classroom, the MoET also adopted and distributed a textbook that has since been exposed to a lot of controversy from many sectors of the community.

The section of the text book that encourages students to learn body parts in their mother tongue has since been ridiculed by teachers, parents and those responsible for Basotho cultural heritage.

In an interview with The Post newspaper, members of the Lekhotla la Mekhoa le Meetlo (a group whose main duty is to protect and promote Sesotho culture) have vowed to fight against the implementation and use of that book in schools. They believe if students are taught their body parts in their mother tongue that would be an abomination, as such they insist they cannot allow it to happen. The stance of the cultural group stems from the long practise among Basotho where sexual education and sexuality are taboo.

Conversely, there are some teachers who have been quoted by the same newspaper who stand with MoET and feel it is high time that the children learn sex related issues in their mother tongue as this will benefit them a lot.

In the INSIGHT section of the same newspaper, in an article by Rakolobe, I mentioned that “our prejudices and stereotypes with regard to sex and sexual education should not hinder us from doing what is right for our children and their future.” This is because our resistance as parents, teachers and cultural expects towards the implementation of CSE is not based on facts rather it is based on our own personal experiences which we want to project to the future generation.

Lesotho has a serious problem when it comes to HIV/AIDS education which is encompassed within the CSE. We are also faced with a high risk of teenage pregnancy, an indication that our CSE is not as effective as it should be.

Moreover, it is only late last year when the Minister of Health was lamenting the overcrowding at the country’s only referral hospital which was blamed on illegal abortions by young women and adolescent girls. The unconstrained implementation of the CSE that the MoET is striving for, could be the answer to such dilemmas only if all the stakeholders understands and are willing to support the Ministry instead of fighting it.

It is high time that teachers are given an in-depth training on the CSE principles and how they will affect teaching and learning in schools. Other stakeholders such as the church, parents and cultural groups should also not be left behind as they are also responsible for making the implementation of the CSE a success or failure depending on the knowledge they have.

SRHR should be included in the curriculum of Lesotho education strides. In view of Lesotho being predominantly Basotho, holds a strong traditional culture and value based systems which recognize SRHR issues as taboo in society. Some strong holds of religion or religious denominations are against use of contraceptives in general and even worse their application by children. Thus a thorough stakeholder consultation, a phased education approach with minimum primary package of what needs to be taught, as well as raising awareness and visibility about the havoc faced by lack of knowledge on adolescent outcomes would cushion many to the uptake or voicing of alternatives to SRHR.

When it comes to implementation, the curriculum should be tailored to specific age groups in primary and secondary schools. in 5yr age bands. There are those young adolescents and adolescent children.