News The road from Beijing to Addis Ababa... 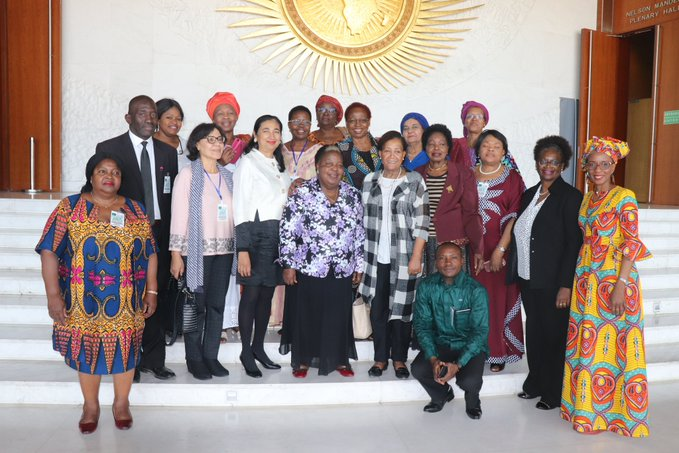 The road from Beijing to Addis Ababa

Addis Ababa, 5 November : The year 2020 will mark 25 years since the world signed the Beijing Declaration and Platform for Action (BPfA). In the same year, the world will be marking the fifth Anniversary of Agenda 2030 for Sustainable Development.

These significant commemorations will  happen against the backdrop of the 25th anniversary of the International Conference on Population and Development. Today we take a review on how women and girls’ lives have changed since 1995 and we learn from the power of the torchbearers who gave births to the important Beijing Platform for Action framework.

The power of one voice, the sense of belonging, passion for women to hold each other’s hands brought more than 30 000 women activists to China in 1995 for the ground breaking fourth world conference on women. It was the drive to claim women rights, which started up this great trek to China.

However, for many women, the road to China was not an easy one. Today as we review the Beijing Platform for Action, 25 years on, we hear the stories of these brave women’s journey to Beijing as well as the 21 days in Beijing. This is her-story, the story of women who paved way for generational recognition of women’s rights.

Women struggled to obtain funding for visas, flight tickets and even accommodation to attend the Beijing conference yet they managed to mobilise the funds and to attend. It was a world of no instant messages, days of WORD perfect and Lotus 123; yet civil society activists had one goal – to ensure that women are accorded the same rights as men. Stories are heard that at one point during the conference, electricity was cut off but civil society activists managed to reconstruct the document overnight because of the back-up from handwritten sources. Although most civil society activists were housed in Huairou, in northern Beijing, they managed to shuttle to the main conference venue to ensure that the rights language is not missed.

The 12 critical areas of concern under the BPFA included equal rights for women and the environment, power and decision-making, the girl child, the economy, poverty, violence against women, human rights of women, education and training, institutional mechanisms, women and health, media and armed conflict. Almost 25 years on, women are still fighting the same battle for equal opportunities in these areas despite some advances made. Strides have been made throughout the world to increase women’s participation in politics, removing discriminatory laws, ensuring that more women and girls are in schools and in peace making. However, there is a lot to be done to increase women’s participation in politics, eliminate gender-based violence and ensure that women can access their Sexual Reproductive Health and Rights. Women are still marginalised in the media sector.

Today as we gear up to the political declaration for the Beijing Platform for Action (BPfA) Review, it is crucial that we recognise that Africa is a young continent with at least 60% of the population under the age of 20. The BPfA is a living document that will continuously provide a springboard to incorporate the emerging issues for women and girls, yet keeping intact the values of the 1995 conference.

Telling the stories of the Beijing veterans who stood firm to fight for women’s rights in 1995 ignites a sense of hope as well as reminds us that patriarchy has come out more vicious than ever before. It is time to tell a new story of young women uniting against a new wave of patriarchy, sometimes with a woman’s face. The advent of digital technologies has made it easier to communicate than during the 1995 age of fax machines. This is an opportunity to curate her-story using digital technologies and to foster inter-generational dialogue of mass mobilisation as well as SMART advocacy.

The new story of African sheroes must have a ‘living no one behind principle’. Women and girls from all groups must be considered in the political declaration for BPfA throughout the globe. The week of 28 October provided Africa a platform to review BPfA. The journey continues to New York in 2020 as the world seeks solutions to have an equal generation. The trending hashtag #GenerationEquality will not come to fruition until the same spirit of 1995 is incorporated today through mobilisation and shared goals.

Sifisosami Dube is the Head of Governance and Sexual Reproductive Health and Rights. Photo courtesy of African Union

Comment on The road from Beijing to Addis Ababa Cancel reply