The South African Women in Dialogue (SAWID) supports the women’s march against gender based violence and conveys its support of the proposed protest of violence against women planned for 1 August 2018.

SAWID is an independent South African women’s non-partisan dialogue organisation, for women of all ages, all political parties, all religions and all geographical areas. We believe in focusing on the individual, the family, and the community to support South African Women as Champions of Change to lead and develop a strategy that will reduce and prevent violence against women and children.

We encourage all women to go out in their numbers to become a part of peaceful demonstrations. Don’t forget to bring your placards!

Social Media Handle for the March is Twitter: #TheTotalShutDown 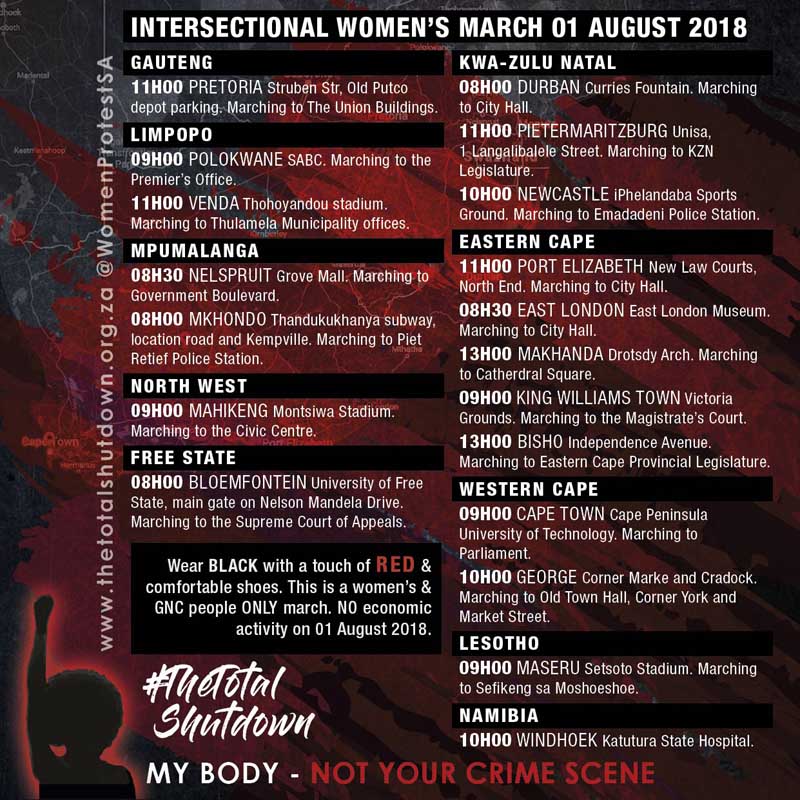 We are on the ground in support, SAWID