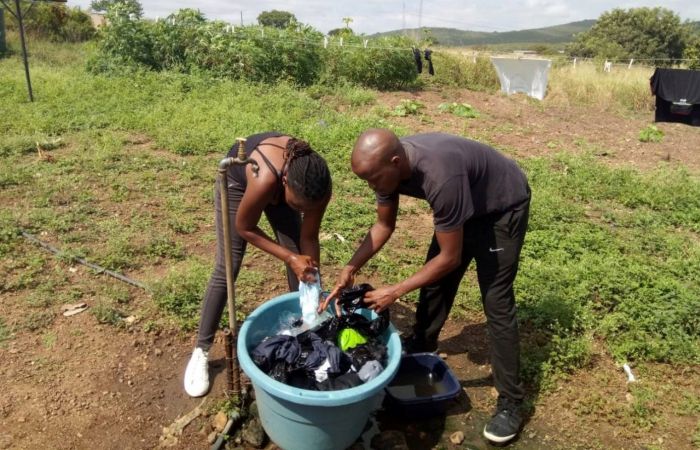 Manzini, 13 May: There is rising concern that women and girls are facing greater risks when it comes to the economic and social fallout due to the Coronavirus pandemic.

Some of the effects emanating from the COVID-19 pandemic it has been claimed include the increase in unpaid care work. Unpaid care work which includes the production of goods or services in a household community has always been regarded by the UN as something that prevents women and girls from participating in economic, political and social activities among other services.

After the lockdown was implemented in Eswatini a lot of people were forced to stay home with limited movement. This resulted in unpaid care work spiking up. Due to the patriarchal tendencies embedded in society a lot of women found themselves having to take care of everyone who is staying at home. This included the man of the house and children as schools are also closed. Women and girls found themselves having to deal with a lot of chores such as cooking and cleaning the house.

The closure of schools and other centers saw a shifting of responsibilities from care centers such as clinics from taking care of the sick to women having to take care of everyone at home including the elderly and the sick. This came with its own negative implications as more work load means more emotional and physical strain to unpaid care workers. This has also been considered as a factor which perpetuates gender inequality.

The Minister of Health Lizzie Nkosi announced that in Eswatini so far the number of confirmed COVID-19 cases by 12 May were standing at 184. Out of the 184 cases 71 were under Home Care while 73 were admitted, 28 were discharged, 2 died only 1 was pending registration while there were 9 new registration. Those who were under home care  show a higher number and most of the time those who look after sickly family members are women at home.

The Deputy Prime Minister Themba Masuku in the country led by example by trying to break the patriarchal tendencies by posting on Facebook a picture of him doing household chores, this was received with applause by members of the public.

According to the United Nations Human Rights Office of the High Commissioner report of 2013 titled ‘Unpaid work, poverty and women’s human rights’, unpaid care work, which is predominantly provided by women and girls, is a central yet typically undervalued contributor to economies. The UN states that this includes supporting daily activities of individuals (such as cooking, cleaning, and providing daily essentials), as well as the health and well-being of others, including children and the elderly.

Oxfam’s 2020 Time to Care report notes that, globally “women and girls put in 12.5 billion hours of unpaid care work each and every day —a contribution to the global economy of at least $10.8 trillion a year, more than three times the size of the global tech industry.”

UNICEF’s Gender and Development Manager Zahrah Nesbitt-Ahmed in the Evidence For Action report of April 2020 reported that even before the pandemic, globally women and girls carried out on average three times the amount of unpaid care and domestic work of men and boys.  She said these responsibilities will only increase with new health and hygiene requirements, such as hand-washing and taking care of sick family members. Curfews and self-quarantine measures are likely to make these tasks even more challenging. In Eswatini another underlying factor which emanates from the same problem is the emergence of early child marriages. With Schools closed the economic instability caused by COVID-19 has increased early and forced marriage. Just recently local media was screaming with headlines of a 15 year old Grade 7 pupil who was traditionally wedded tekaed. To this the Deputy Prime Minister who is the guardian of women and girls’ rights acted swiftly and made sure that this comes to an end. According to the Deputy Prime Minister those involved in this illegal act will face the full wrath of the law for contravening the Sexual Offences and Domestic Violence Act of 2018.

Phumelele Dlamini-Zulu of Swaziland Learning and Allied Workers Institutions said he would agree that violence has increased at homes due to the current COVID-19 crisis because most family members are not used to staying at home 24 hours.

“Most have issues of misunderstanding amongst each other and has lived with such issues and were just telling themselves that after all they will cope with the situation because they will be leaving home in the morning and come back late” she said. Dlamini-Zulu added that women are most affected as they have to do all the work at home every day because of the gender stereotypes.

Sifiso Nhlabatsi is a journalist from Eswatini. This story has been republished in the Eswatini Observer. This story is part of the GL News Service Gender and COVID-19 news series.