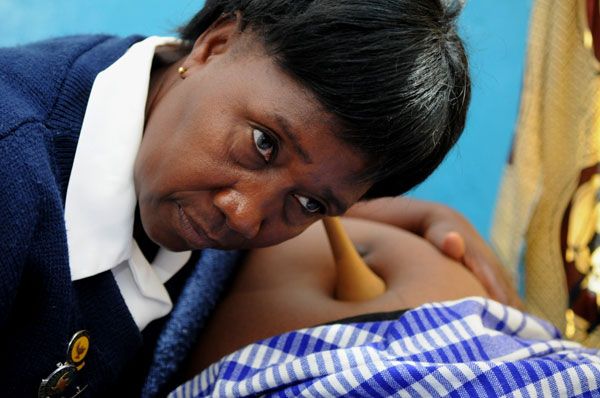 Harare, 10 December: Unsafe abortion cases are rife among youth and adults in Zimbabwe owing to high medical costs, restrictive abortion laws and lack of or inadequate   youth friendly clinics that offers sexual reproductive health services, negative attitudes by service providers towards patients, lack of knowledge on how and where to seek services among others.

The 2020 #VoiceandChoice Barometer notes that 24% of all pregnancies in Southern Africa end in abortion. Although no Southern African country totally bans abortion, most conditions under which women can obtain abortions remain restrictive

According to the Termination of Pregnancy Act of 1977, it is illegal to terminate a pregnancy unless it has been sanctioned by Government authorities among them, the court, which has to confirm that the intercourse was unlawful.

However, there are several incidents where abortion was supposed to be legalised by the courts and the draconian procedures have led to some ending up giving birth and some succumbing due to pregnancy related complications.

A typical example of the case of Mildred Mapingure of Chegutu who was raped by Courage Chamboko during an armed robbery in 2006, would haunt her for the rest of her life.

After the traumatising incident Mapingure immediately reported the matter to Chegutu Police so that she could be assisted to get medical assistance and stop her from conceiving.

Chegutu Police referred her to Chegutu Hospital where the nightmare unfolded. Instead of getting the immediate attention, the medical personnel on duty that fateful night refused to “drain the sperms from her body”.

A few weeks after the violation, Mapingure discovered that she was pregnant. Several visits to the Chinhoyi Magistrate’s court to seek legal recourse and have the pregnancy terminated were futile until she gave birth to a child whom she did not want.

Her hopes were hinged on the provisions of the Termination of the Pregnancy Act (1977) Section 4 which allowed rape victims to abort on the grounds that intercourse was unlawful. Sadly for her when the certificate was issued, six months later, it was too late to terminate the pregnancy. Mapingure eventually gave birth to a child against her will.

Nine years later with an order to the Ministry of Health and Ministry of Home Affairs to jointly and severally pay a total of $6500 being damages for pain and suffering that was incurred by Mapingure for wrongful pregnancy.

The Convention on the Elimination of All Forms of Discrimination against Women 1979, ratified by Zimbabwe on 13 May 1991, Articles 4 and 14 of the Maputo Protocol to the African Charter on Human and People’s Rights of Women in Africa 2003 and article 4 of the United Nations Declaration on the Elimination of Violence against Women 1993, which provides that women who are subjected to violence “should be provided with access to the mechanisms of justice and . . . just and effective remedies for the harm that they have suffered” as well as information on “their rights in seeking redress through such mechanisms” lay the backdrop for the claim in this matter.

“She among hundreds of women in Zimbabwe who are giving birth against their will because it is illegal to abort. While Mapingure’s situation qualified her for an immediate abortion because of the circumstances in which she got pregnant, she still could not access the services. The situation is even more complicated for the majority of women in Zimbabwe who often resort to backstreet and unsafe abortions when they find themselves pregnant and are not prepared to give birth,” said Edinah Masiyiwa the Executive Director of Women’s Action Group.

The majority of women who opt for unsafe abortions, which sometimes turn fatal know that their fate, demise and future is yoked on a piece of legislation promulgated in 1977 and is yet to be aligned with existing laws in the Constitution that now have provisions to ensure women have rights to safe reproductive health.

However, after noticing that so many women were dying due to unsafe and illegal abortion the ministry of health and child care resorted to allowing women and girls to receive post abortal care any health institutions without being questioned.

“The depletion of the uterus may occur causing profuse bleeding, which may lead to haemorrhage and genital sepsis hence women should be provided with   various sexual reproductive services for their choice and be educated on them such that they can make informed decisions. In countries that abortion laws are not restrictive we have noted a decline in maternal deaths,” she said.

She called on the public and stakeholders to start conversing on abortion in Zimbabwe and its implications on the country’s maternal mortality rate. There are already calls by the civic organisations and other stakeholders to look into the Termination of Pregnancy Act of 1977 and align it with existing laws in the Constitution that speaks to the advancement of women’s rights.

Backstreet or illegal abortions have become a major public health concern in Zimbabwe, with reports pointing to an increase in unsafe abortions, straining the ailing health sector.

According to the Demographic Health Survey, 30 percent of maternal mortality are due to unsafe abortions. Health professionals say that the figures were just a tip of the iceberg of the number of women opting for unsafe abortions in a desperate move to manage unplanned pregnancies.

The ministry of health and child care says abortion is a major public concern which has led to high maternal mortality rate in Zimbabwe.

Ekenia Chifamba the Founder and Director of Shamwari Yemwanasikana called on the Government to review Termination of Pregnancy of 1977 and decriminalise abortion to ensure that women and girls can choose what works best for them.

“There is an upsurge of backstreet and illegal abortions taking place in Zimbabwe, putting the lives of women, particularly young girls at risk. The existence of the law (Termination of Pregnancy Act) has not in any way stopped abortions, but has seen an increase in backstreet termination of pregnancy.  “We are not talking about single, but multiple abortions, as women and girls find themselves in untenable situation, leaving them with no choice but to abort on several occasions,” she said.

She said some of the abortions are often as result of date rape, or sexual violence perpetrated to the victim by relatives or close associate.

“The victim is often threatened with unspecified action, leaving them with no choice, but to use backyard abortion facilities which are usually life threatening,” she said.

Health experts say the risk of death following complications of unsafe abortion procedures is several times higher than that of an abortion performed under legal surgical and safe conditions.

The 2020 #VoiceandChoice SADC Gender Protocol Barometer notes that Unsafe abortions affect mostly poorer, unmarried women and adolescents. As this group contributes significantly to high maternal mortality rates in the region, it will be difficult to reach the goal of eliminating maternal mortality without addressing the need for safe abortion.

Muchaneta Chimuka is a  journalist in Zimbabwe. This story is part of the Gender Links News Service

One thought on “Zim: Unsafe abortions are a major public health concern”

Why is it taking us women so long to review laws that can liberate us. Where are the women’s advocacy groups?