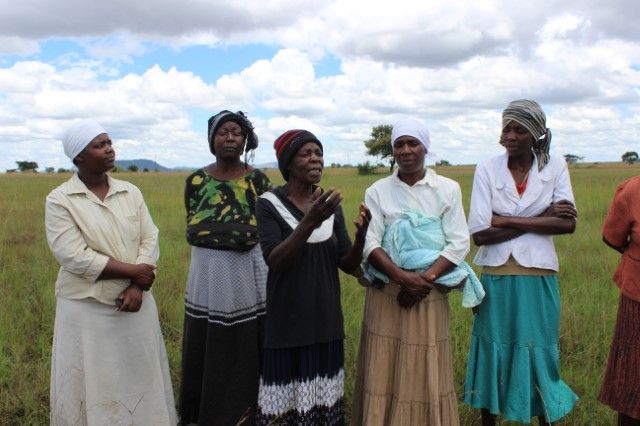 Zvishavane, 2 December : Juliet Kwashira is a widow in her mid-forties. She comes from Masendeke village under Chief Banga of Shurugwi, a small mining community located in the Midlands province, Zimbabwe.

In typical African fashion, Kwashira’s in-laws tormented her over inheritance issues accusing her of bewitching her husband so as to take over all the land and properties. She was denied access to any of her husband’s belongings including those that they had acquired together, and she had to leave for her maiden home with no idea how she would take her children to school.

“The way I was treated by my husband’s family after his passing really hurt me. I was always being ordered around, being told to do this and not do that. At one point I was given a piece of land but when it was time to plough, they took the land back,” says Kwashira as she narrates her ordeal.

Life did not become any easier for Kwashira, as she had to endure abuse at her maiden home as well. She was called all sorts of names and mocked for returning from her marital home. She suffered verbal abuse from her brothers’ wives who accused her of wanting to break their marriages since she had lost hers.

”They called me a return soldier, saying I had come back from war with nothing,” says Kwashira.

Kwashira’s story is a reflection of how women, especially in rural areas are vulnerable to gender based violence because they are not economically empowered.

For Kwashira help came at the right time as organisations such as Self Help Development Foundation (SHDF) and Konrad Adenaeur Stiftung (KAS) stepped in to educate women in the rural area on how they can secure their rights to inheritance of properties and land, as well as how they can be economically empowered to fend for themselves.

Today Kwashira tells a different story as she managed to secure a piece of land with the help of traditional leaders in the area,  where she has built herself a home and has managed to send her children to school up to tertiary level.

“I later on heard about organisations that were helping women like me. That is when I decided to consult on my situation. I was advised to visit my village head, who allocated a piece of land on which I built myself a home and started farming,” Kwashira says.

Kwashira is now assertive, she has control over her own properties and she is no longer being abused anyone.

“I no longer experience abuse from anyone in my village. I am happy in my home and I am in charge of everything,” says Kwashira with a smile.

As the world commemorates 16 days of activism against gender based violence, local and international organisations are on a mission to economically empower women in rural mining areas, as most of them are vulnerable to abuse and violence from their male counterparts.

Owing to patriarchal norms and values ascribed to by the African culture, women are looked down upon and are not seen fit to own land or properties.

However, traditional leaders in the area have heeded the calls by organisations and have allowed women to own land just like men. One Chief Banga of Shurugwi says gone are the days when women were looked down upon because of tradition.

“Everyone is equal whether they are male or female. We are rallying behind women on this one and I will personally make sure that women in my area are in possession of land. As men we must move with the times and list our wives as beneficiaries to our land and properties,” Chief Banga said.

Chief Mupangayi shares the same sentiments as he says the joint ownership of properties and land by men and their spouses has ensured that there is gender parity in the hard to reach rural communities.

For women in Shurugwi, organisations like KAS and SHDF have made a notable difference and most women are now economically empowered as they are venturing into developmental projects like irrigation schemes, livestock rearing among others to fend for their families.

These organisations have taught women to be assertive and have control over resources such that they are no longer afraid of leaving their abusive partners or relatives.

More women like Kwashira have benefited from this initiative, as seen from one Mercy Kuziyamisa of Mutemeri village under Chief Ndanga in Shurugwi, who says she has started her own livestock rearing project which has helped her feed, clothe and school her children.

“I left my husband because he was abusive and I had no ownership of land or property. I had nothing in my name but I managed to acquire a piece of land with the help of the chief. Today I keep goats, sheep, cattle and I do gardening as well. I feel empowered I can take care of my children on my own,” said Kuziyamisa.

According to the constitution of Zimbabwe, everyone has the right to procure, hold and dispose all forms of property regardless of sex, gender or marital status showing how women in rural areas are also entitled to owning their own land and properties.

However, for a long time women have been lamenting loopholes in the constitution, saying it gives them access to land at their parents’ and marital homes, but they lack security to that land.

For women in Shurugwi the story is being rewritten as they have managed to go against all odds in fighting gender based violence which comes in form of physical, verbal or emotional abuse.

With the help of various organisations and traditional leaders, they have lived to tell of how women economic empowerment is an important aspect in fighting gender based violence.

Nyasha Dube is a journalist from Zimbabwe. This story is part of the GL 16  Days SRHR News Service.