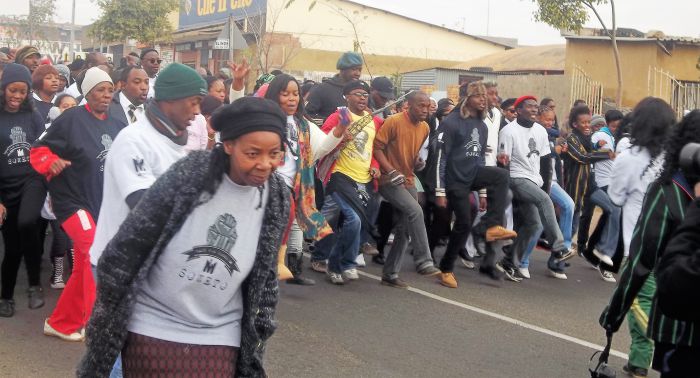 Johannesburg, 15 June: On 16 June, we celebrate the sacrifices made by many students from the African township of Soweto, outside Johannesburg, gathered at their schools to participate in a student-organized protest demonstration. Student were marching against the Bantu Education and for freedom of expression.

As a young South African woman Youth Month means a lot, because this is the month where we are reminded of how young people in 1976 fought for the quality of life we are enjoying today. June 16th was a day of sacrifice and courage where high-school students and even some primary school students took to the streets to rebel against the discriminatory apartheid system.

However, the day ended in tragedy and illness because of the many that lost their lives, their legacy remains with us.

Young people have responsibility to use the freedom that the youth of 1976 fought for us wisely. Being young means being open to new possibilities and believing that with God, anything is possible. Youth Month reminds me that there are endless possibilities; I can be anything i want to be and can learn from my own mistakes. We must have fresh ideas and perspectives that inspire and empower each one of us to make a difference in our communities and beyond.

As we celebrate Youth Day or Youth Month under the theme “The year of OR Tambo: Advancing Youth Economic Empowerment”, we should ask ourselves, ‘would those fallen heroes be proud of what we have become as the youth in how we are commemorating their lives?’ Are we thanking them in the best way we can for the privileges we now have based on what they endured on our behalf?

As young people we are leaving in a very violent country were women live in fear of men .This violence is taking place both in the private and physical spaces.

It is very difficult to trust even your closest relations because of the violence against women that is going on in this country. A month ago, we read a story of young women by the name of Karabo Mokoena killed and burned by her partner Sandile Montsoe. Now women have to defend themselves from the rapists, because they feel unsafe. A good example is the story of a young girl from Tzaneen, who killed a man to defend herself.  We cannot blame her since she was trying to defend herself from the man who was trying to attack her.

According to a Media Statement from Limpopo Media Centre Corporate Communication by South African Police Service (SAPS), “It is alleged that a 17 year old girl was on her way to the local tavern where she met the deceased who wanted to rape her but she fought back, overpowered him, disarmed him of his knife and stabbed him to death.

It is still not a safe South Africa for all and as young woman, i do not feel safe at all, as men abuse us on the roads, taxi ranks, malls everywhere we walk. They are always violating our rights. Taxi violence has been very serious were men abuse women on daily basis; women and many taxi drivers had to start a campaign under the #SafeTaxisNow trying to protect women from taxi violence. We cannot dress in certain ways because men claim that we are seducing them and encouraging them to rape us, whereas with men it is a different case as they can wear whatever they want and no one harass them.

We need to address prevention strategies on what we need to do in order to fight for the freedom of our youth and the upcoming generation. Awareness raising in communities, including through media and social media, is another important component of an effective prevention strategy. By educating and working with young boys and girls will help in promoting respectful relationships and help to build a better and a safe country for both women and men.

Let us be active in fighting against Gender Based Violence (GBV) and teach one another the spirit of “Ubuntu”. The government should come in to help in raising awareness with the youth of South Africa to stop GBV and engage in various activities to promote youth development and empowerment.

Tshwaresa Malatji a Media Intern at Gender Links. She writes in her personal capacity. This article is part of the Gender Links News and Blogs service.