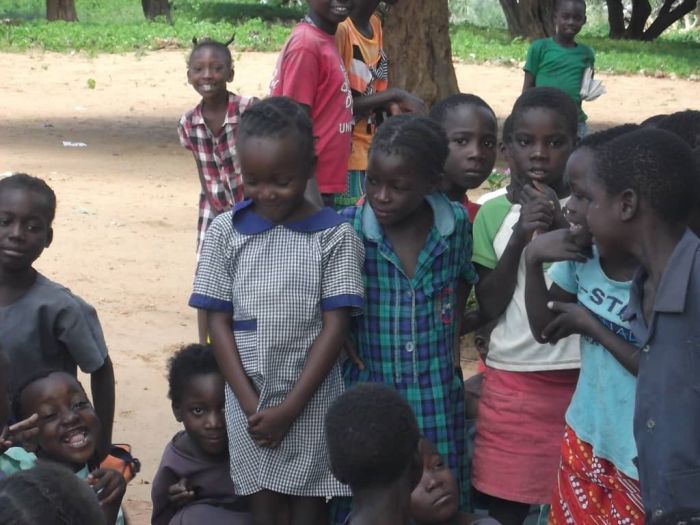 The African Charter on the Rights and Welfare of the Child articles 11 and 27 protect young people from exploitation and provides for their right to education and information.

A review of 41 randomized controlled trials in Europe, the United States (US), Nigeria and Mexico confirmed that CSE prevents unintended adolescent pregnancies.

CSE is regarded as very beneficial in regards to teen pregnancy because studies show that, teen pregnancy and childbearing have a significant negative impact on high school success and completion, as well as future job prospects.

Further, twice as many teenagers with no education have began childbearing than those with secondary education, estimated at 23 and 53 per cent, respectively.
The Government has an obligation, therefore, to provide CSE to both in- and out-of-school adolescents.

In 2014, the Government of Zambia completed the development of a CSE curriculum, and it was rolled out to all schools, targeting children aged 10–24 in grades five to 12.
To ensure the successful implementation of CSE, teacher-training colleges are including it in their curricula.

Some of the subjects that CSE has been integrated into include Home Economics, sciences, Social Studies, and languages.

Despite Zambia’s educational system encompassing CSE in the school curriculum, the rate of teen pregnancy has continued to increase especially among the school going girls.However, the rise in continued pregnancy among school going children raises concerns as to whether the rolling out of the CSE is relevant.

More than 5,000 girls were reported have become pregnant in the third quarter, which is between July to September of 2018 in Chipata District alone in Eastern Province.

An analysis of in-school CSE shows that there is a discrepancy between what is stated in CSE as an expected outcome and what is in the policy at the school level.

While one of the stated outcomes of CSE is preventing teenage pregnancy, CSE activities for achieving that outcome among girls in school have avoided discussions of the actual use of protection or contraceptives to meet the goal.

Instead, it focuses on abstinence and delaying sexual debut.
Although CSE empowers adolescents by providing information and knowledge about reproductive health and rights, linkages between CSE and demand for and supply of SRH services to adolescents are limited.

Lessons from HIV prevention indicate that information alone is not enough.
Matildah Mhango, 30, a teacher at Petauke Day Secondary School in Eastern Province said lack of teaching materials is a challenge in the delivery of sexuality education.
“Teachers, especially in rural areas, face challenges in delivering CSE to pupils because of cultural barriers and lack of appropriate CSE materials to teach the subject across different grades,” she said.
Ms Mhango said while teachers were perceived by pupils as the most credible and trustworthy people who can talk about anything, including sexuality, it is difficult to share the right information with them when the teachers themselves are ignorant about sex education.
She said there is a need for sufficient and proper training programmes on how to teach CSE in schools as well as social support from community members.

Ms Mhango explained that most of the pupils at her school come from homes where it was traditional for sex related issues to be taught to them only by their grandparents or traditional counsellors.
“Pupils find it really difficult to learn, especially if the teacher is of the opposite sex, because their culture does not allow. It is disrespectful for them.

“Some parents, especially in the rural areas, have a myth that educating children in the area of sexual behaviour and morality should belong to parents alone,” Mhango said.
The integration of CSE into both optional and compulsory subjects at higher grade levels raises questions about whether the “dose” of CSE offered varies especially with the continuous cases of child pregnancies.

Primarily, CSE ultimately promotes sexual abstinence as the safest sexual choice for young people.
CSE curriculums and teachers are still committed to teaching students about topics connected to future sexual activity, such as age of consent, safe sex, contraception such as birth control, abortion, and use of condoms.
This also includes discussions which promote safe sex behaviour, such as communicating with partners and seeking testing for STIs.
Additionally, the CSE curricula may include discussions surrounding pregnancy outcomes such as parenting, adoption, and abortion.

The most widely agreed benefit of using CSE over abstinence is that CSE acknowledges that the student population will be sexually active in the future.
A 2014 review of school-based sexuality education programmes has demonstrated increased knowledge about HIV, increased condom use and refusal to indulge in sex, increased contraception and condom use and reduced number of sexual partners.

UNAIDS and the African Union (AU) have recognized CSE’s impact on increasing condom use, voluntary HIV testing and reducing pregnancy among adolescent girls.
This includes comprehensive, age-appropriate sexuality education as one of the key recommendations to fast-track HIV response and end the AIDS epidemic among young women and girls in Africa.
Panos Institute Southern Africa Executive Director Lillian Keifer said CSE is an important aspect of the curriculum because it enables young people to make sound decisions and take the right actions in relation to sexuality.

Ms Keifer said for this to be possible, CSE must be taught in a manner that is open and enables the learners to open up, and freely discuss issues such as HIV prevention, human rights, sexual and reproductive health, relationships and human rights.

“Age appropriateness is therefore critical and must be taken into account in the administration of CSE to young people,” she said.
Ms Keifer said the implementation of CSE must not take a one-size-fits-all approach, but needs to take into account the socio-cultural and economic factors at play in each context, which, if not properly addressed, may result in people withholding information.
Ms Keifer said the materials and methodologies used for CSE must be simplified so that learners are able to relate with the subject.

“ The implementation of CSE should also not be confined to learners at schools, but should also be extended to the wider community through structures like parent teacher associations, and church or religious groups, among others,” Ms Keifer said.

She said the Ministry of General Education should also intensify its support of the use of parallel learning through structures like school clubs.The percentage of teenagers who have begun childbearing is highest (45 per cent) in the lowest wealth quintile and lowest in the highest wealth quintile with 10 per cent.

Chieftainess Mkanda of the Chewa people in Eastern Province said parents should be the first teachers in sexuality education apart from teachers at school.The chieftainess said sexuality education, which is taught in school, is enough such that parents should take it up from there in sensitizing the children.
Chieftainess Mkanda, who is a teacher by profession, said the rolling out of the CSE in the school curriculum is good and everything which needed to be taught to children in terms of sexuality was there

The traditional leader said CSE is an important aspect in the school curriculum as it brings out issues to prevent children from getting pregnant at a tender age.
“It is sad for, instance in my chiefdom, children as young as 12-14 years abandon school to get married because there is no proper continuous education by their parents at home,” Chieftainess Mkanda said.
Martha Jere, a mother, described the introduction of CSE in the school curriculum as a good move.
But she was quick to indicate that there is need to develop its own syllabus so that critical topics are tackled.
Ms Jere said increasing teen pregnancies are mostly due to lack of knowledge on sexuality by children.
She said there is need for the Ministry of General Education to quickly deal with the issue of teaching sexuality in detail.

“You find that a girl as young as 12 years is pregnant. In most cases, we have lost them during birth because of complications.

“I feel there is need for CSE in schools for such incidents to reduce,” she said.
UNESCO’s Global Education Monitoring Report indicates that good quality CSE remains a critical intervention in efforts to end AIDS as a public health threat, besides promoting gender equality and healthy relationships.

This article is written by Dorothy Chisi  journalist at Times of Zambia.It is part of Gender Links Sexual and Reproductive Health and Rights (SRHR) Media. This article was first published in the Times of Zambia. Photo courtesy of Cynthia Kalizinje-Mangena.

Kindly send me the cultural barriers and challenges to teaching CSE in schools.