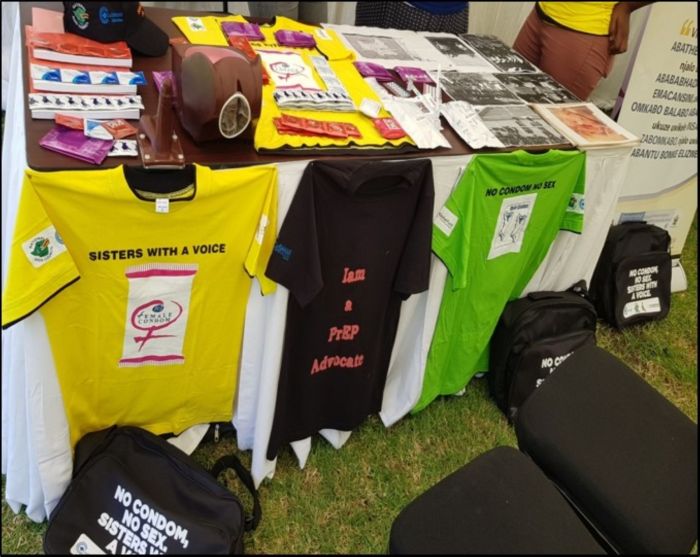 The prevalence of new HIV infections among young girls and women has emerged as a cause of concern in Zimbabwe, with 1 705 new HIV infections recorded from females in Bulawayo-Metropolitan province alone, according to the National Aids Council of Zimbabwe (NAC).

The HIV prevalence rate among adults in Bulawayo between the ages of 15-49 years is 13.77% higher than the national prevalence of 12.9 percent which corresponds to approximately 1.23 million adults in Zimbabwe living with HIV in 2020.

A survey conducted by the Zimbabwe Population-based HIV Impact Assessment (ZIMPHIA) in 2020 indicates HIV prevalence was higher among women than men [15.3 percent versus 10.2 percent]

Speaking at the Fast-Track Cities signing ceremony, an initiative by the UNAIDS, in Bulawayo recently, city Mayor, Councillor Solomon Mguni, said new infections in women were double the number of infections in men.

“We have 1 705 new HIV infections. Although the new infections have declined by approximately 60% from 2010 to 2020, we still have a long way to go. Of concern is the prevalence of new infections in young girls and women. New infections among women are more than double the number of infections in men between the ages of 15-24,” he said.

The mayor added the prevalence of new infections in vulnerable communities, where there are domestic challenges and in areas with small-scale mining, was also concerning including infections in key populations.

“The rate of HIV prevalence among key populations such as men who have sex with men, transgender, women, and gender queer individuals is 23.4% (much higher than 13.77% in the general population). It is also of concern that the HIV knowledge gap continues to widen with the new generation of young people who are the most vulnerable and most affected,” Mguni said.

To show commitment towards HIV programming and meeting global targets of ending the pandemic by 2030, the mayor said 19 clinics in Bulawayo continued to offer HIV/AIDS integrated programming with a special focus to key populations.

“Our staff have been trained from the most senior to the junior staff on how to ensure that we do not discriminate against our patients. Working with different partners we will be training other non-medical staff in our clinics such as security guards and cleaners to ensure that our integrated programmes on HIV are managed at all points of treatment of our patients,” the Mayor indicated.

Raymond Yekeyeke, the National AIDS Council (NAC) Director of Operations indicated that although Zimbabwe was moving in the right direction in ending HIV by 2030, there were still some gaps in achieving their 90-90-90 targets.

“Our recent studies have shown that Zimbabwe is one of the few countries that has achieved the global targets of 90-90-90 targets and that we are now closer to reaching the goal of ending HIV/AIDS,” he said.

The United Nations General Assembly’s Political Declaration on Ending AIDS committed countries to the 90-90-90 targets in 2016, which aim to bring HIV testing and treatment to the vast majority of people living with HIV by the end of 2020, to reduce the amount of HIV in their bodies to undetectable levels, so they keep healthy and to prevent the further spread of the virus.

The Southern African Gender Protocol 2020 Voice and Choice  Barometer indicates that the region  accounts for 46% of all people, and 58% of the adolescents living with HIV in the world. The world missed the 2020 “90-90-90 targets set by UNAIDS. Of the eight countries in the world which achieved the 90-90-90 targets four are in Africa [Eswatini, Botswana, Malawi in SADC] and one (Uganda) in East Africa.

A further 11 countries globally reached the overall 73% viral suppression target, including Zimbabwe, Lesotho, Namibia and Zambia in SADC; Kenya and Burundi in East Africa, but did not achieve one of the three 90s, the gender protocol indicated.

“Despite all these successes we still have huge gaps in terms of how we are responding to HIV/AIDs, we are not meeting our targets in terms of reducing  new infections. We were expecting around 30 000 new  infections by now [2020] but we are still far behind and getting new infections of 37 000 in the region of new infections annually,” he said, noting these were mostly in young women.

“Specifically for Bulawayo, I’m informed by our provincial office that we still have challenges particularly amongst adolescent girls and young women. We have a whole generation of people who have never seen the impact of HIV and we are seeing an increase in those new infections particularly in those groups,” said Yekeyeke, adding that alcohol and substance abuse, early child marriages, cases of gender based violence were fuelled by the recent COVID-19 pandemic lockdowns also contributing to new infections.

“Spousal separation in the region and even in the city is very high and this has led to a slow decline in new infections. We have key populations and among those key populations we have sex workers, we have men who have sex with men, we have the transgender community, we have those who are in informal settlements and hotspots and these remain underserved,” he said.

The NAC official noted inequalities associated with the HIV response were to be addressed if pandemic was to be dealt with.

“It is therefore key and important for the city to be part of this initiative, we are hoping that this partnership will leverage on the technical capacity to build our response effectively and learn from the city of Bulawayo on how to effectively respond to HIV. But also more importantly that Bulawayo would be able to tap on the expertise and successes of other cities who are already part of this initiative. NAC stands ready to walk with you,” he said.

Sophia Mukusa, the UNAIDS Country Director commended the city of Bulawayo’s progress on HIV response, and also welcomed the city on joining other 350 cities and municipalities globally which have joined the Fast-Track Cities Initiative since its inception in 2014, and spoke on the importance of making sure that marginalised and vulnerable groups in society had access to healthcare services.

“As the global AIDS strategy 2021-2026 sets out, to end AIDS, we have to end the inequalities which perpetuate the epidemic. There is another huge benefit to this approach if we are addressing inequalities. The same laws, policies and people centred health services, also help the world overcome COVID19. We need a paradigm shift in health financing and investing in community lead human right based gender transformative responses as well as investing in essential workers and health technologies,” she said.

Nothando Hadebe, the Public Relations Officer for the Youth Initiative for Empowering Leadership and Development (YIELD) organisation which focuses on young people in the age range between 18-24 years said the City of  Bulawayo should  prioritise  young people’s Sexual and Reproductive  Health and Rights (SRHR) issues in-order to reduce the prevalence of new infections amongst girls.

“The city of Bulawayo should establish health booths as per wards. In as much as we have Econet booths, health booths are ideal for easy access to SRHR services. In this case, people don’t really need to go to the clinics or hospitals to get tormented,” she said.

Lungelo Ndlovu is a journalist from Zimbabwe. This story is part of the Sixteen Days of Activism  news series.